SEAN: Is it Halloween yet? Still no.

Yen On has The Angel Next Door Spoilers Me Rotten 4 and Baccano! 20.

And Yen Press’s sole release is I’m a Behemoth, an S-Ranked Monster, but Mistaken for a Cat, I Live as an Elf Girl’s Pet 5. 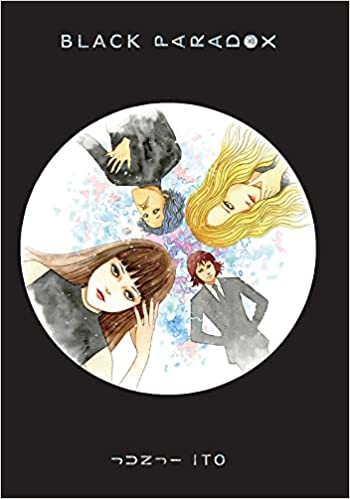 Viz Media’s debut is a one-shot horror manga from Junji Ito, Black Paradox. It ran in Big Comic Spirits. Four suicidal people meet up and have strange things befall them.

MICHELLE: It is the perfect season for some Junji Ito!

ANNA: Sounds quite spooky and depressing.

SEAN: Viz also has a light novel, Demon Slayer: Kimetsu no Yaiba — The Flower of Happiness. It actually looks to be a short story collection.

And we get a 7th volume of everyone’s favorite yuri trainwreck, How Do We Relationship?.

MICHELLE: I’m so far behind on this!

ASH: I am, too, but I’ve really enjoyed what I’ve read.

SEAN: Tokyopop has a 3rd volume of I Was Reincarnated as the Villainess in an Otome Game but the Boys Love Me Anyway!.

Steamship has the 2nd volume of Outbride: Beauty and the Beasts.

Square Enix Manga gives us A Man and His Cat 7.

MICHELLE: Also so far behind on this!

SEAN: Seven Seas wraps up its month of cat manga debuts with Yokai Cats (Neko Youkai). This Takeshobo series is from the creator of The Evil Secret Society of Cats, which debuted… erm, last week. The plot is the title.

ASH: Oh, more cats! And yokai, too? I should probably give it a try, then.

SEAN: Also from Seven Seas: The Ancient Magus’ Bride 16, MoMo -the blood taker- 2, the 5th and final volume of Necromance, Reincarnated as a Sword 9, Sakurai-san Wants to Be Noticed 2, and Servamp 17. 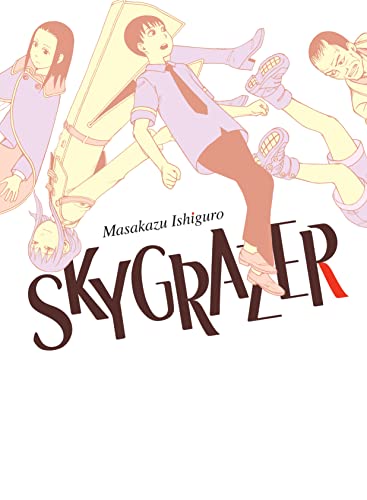 Kodansha has a print debut: Skygrazer (Getenrou). This one-shot ran in Kodansha’s Mephisto, and is from the creator of Heavenly Delusion. A detective is investigating a series of inter-linked cases (and indeed inter-linked short story chapters) at a weird apartment.

MICHELLE: This sounds like it could be my sort of thing!

ASH: Count me curious, too.

ANNA: All these things sound interesting.

SEAN: Also in print: Love and Lies 12, which comes in two variations: The Lilina Ending and The Misaki Ending. Is this a new trend in harem comedies to avoid fans sending death threats to the author? We Never Learn did it as well. At least Quintuplets made a choice.

ASH: Huh, that is a rather interesting trend.

SEAN: And also also in print: Shangri-La Frontier 2, Wandance 3, and Welcome to the Ballroom 11.

MICHELLE: I really enjoyed the first volume of Wandance. I read the first eight volumes of Welcome to the Ballroom, but after releases spread out exponentially, I sort of drifted away. Perhaps it’s time to return.

SEAN: Digitally, Kodansha gives us Burn the House Down 5, Koigakubo-kun Stole My First Time 3, Lightning and Romance 3, the 4th and final volume of My Tentative Name, My Wonderful World 4, the 3rd and final volume of Nighttime for Just Us Two, Oh, Those Hanazono Twins 6, and ONIMAI: I’m Now Your Sister! 6.

MICHELLE: Must read Burn the House Down and Nighttime for Just Us Two in the near future!

SEAN: From J-Novel Club we see the 4th Full Clearing Another World under a Goddess with Zero Believers manga volume, Min-Maxing My TRPG Build in Another World 4 Canto II, Private Tutor to the Duke’s Daughter 5, and Slayers 16.

Ghost Ship has a 3rd volume of The Witches of Adamas. 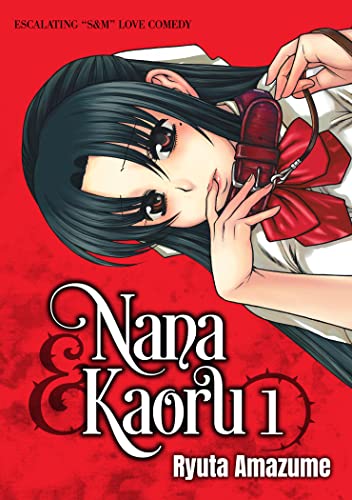 Also from Denpa: Heavenly Delusion 4. Which was actually last week, my bad. Denpa’s calendar can be hard to divine at times.

Lots of print debuts for Airship that we discussed when they got an early digital release. The one that isn’t is TITAN, a novel from the creator of Hello World. The premise is basically “what if the AI that controls the world needs therapy”?

ASH: This is most definitely within a subgenre I tend to read.

ANNA: What if we ALL need therapy?

SEAN: And we also see debuts in print for Vivy Prototype and The Weakest Tamer Began a Journey to Pick Up Trash.

As well as Mushoku Tensei: Jobless Reincarnation 18, Loner Life in Another World 3, and The Strange Adventure of a Broke Mercenary 6.

Digitally, there’s Disciple of the Lich: Or How I Was Cursed by the Gods and Dropped Into the Abyss! 4 and The Saint’s Magic Power is Omnipotent 7.

No candy yet. Have some manga instead.