SEAN: Manga the Week of is brought to you this week by Weetabix.

MICHELLE: I will never not associate Weetabix with Spike and Giles.

ASH: Now that you mention it!

SEAN: We start with Yen On, which gives us In the Land of Leadale 6, Magistellus Bad Trip 2, and Sasaki and Peeps 2.

While Yen Press has The Hero Laughs While Walking the Path of Vengeance a Second Time 2 and Kaiju Girl Caramelise 6. 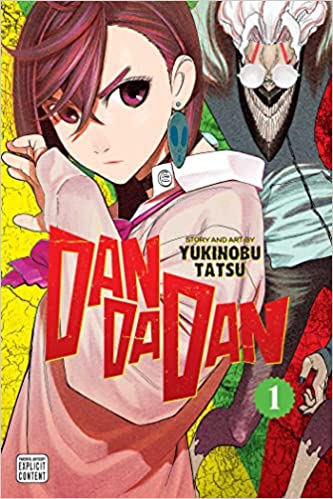 SEAN: Viz Media debuts Dandadan, a Shonen Jump + title. A boy believes in aliens, but thinks ghosts are the bunk. A girl in his school believes the exact opposite. Together they will discover… that aliens and ghosts are too spicy for Shonen Jump’s app, I can tell you that.

Tokyopop has a shoujo debut, Formerly, the Fallen Daughter of the Duke (Moto, Ochikobore Koushaku Reijou desu). J-Novel Club releases the light novel of this. The manga runs in MAGCOMI. It’s essentially a Villainess story, even if the lead isn’t evil in the original.

They also have a new one-shot, Hyperventilation. This BL manwha features two guys who meet again at a high school reunion and rekindle things.

Titan Books debut Atom – The Beginning, which runs in Shogakukan’s Heros magazine. It is, as you may have guessed, a prequel to Tezuka’s Astro Boy.

SEAN: SuBLime has Black or White 5 and Moon & Sun 2 (the final volume).

ASH: Which reminds me that I’ve been meaning to read the first volume. 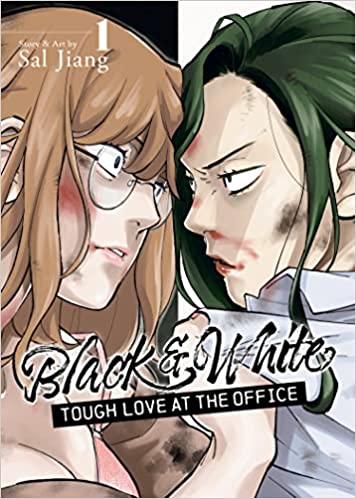 Seven Seas once again has a number of debuts. Black and White: Tough Love at the Office (Shiro to Kuro) probably has that subtitle to set it apart from other manga with similar titles. Two women at the same office who can’t seem to stop a) beating the shit out of each other or b) having sex with each other have to team up to solve a mystery. It runs in Comic Ruelle.

ASH: Not the type of yuri series we often see.

SEAN: Hunting in Another World With My Elf Wife (Hokkaidou no Geneki Hunter ga Isekai ni Hourikoma Rete Mita – Elf Yome to Meguru Isekai Shuryou Life) is a MAGCOMI title. A hunter gets killed by a bear and ends up in a fantasy world… but he still has his shotgun!

SHWD is also from Comic Ruelle. It stands for Special Hazardous Waste Disposal, and has been described as “yuri buddy cop story meets horror”.

SEAN: Seven Seas also has Cat Massage Therapy 3, Creepy Cat 4 (the final volume), The Duke of Death and His Maid 3, The Girl From the Other Side: Siúil, a Rún Deluxe Edition II, Kemono Jihen 2, Magic Artisan Dahlia Wilts No More 3, The Saint’s Magic Power is Omnipotent 6, and This Is Screwed Up, but I Was Reincarnated as a GIRL in Another World! 3.

MICHELLE: I enjoyed the first volume of Kemono Jihen so look forward to the second.

ASH: I’m buying The Girl From the Other Side again; the deluxe edition is lovely. 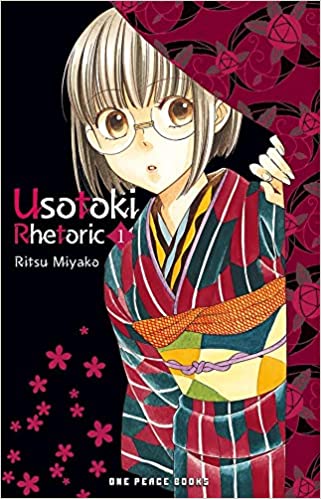 SEAN: One Peace Books debuts Usotoki Rhetoric, a Bessatsu Hana to Yume title (!) about a girl who can hear lies teaming up with a detective in the mid-1920s.

SEAN: They’ve also got I Belong to the Baddest Girl at School 5.

Kodansha debuts Last Gender (Last Gender: Nanimono demo nai Watashitachi), an LGBT title about a hidden bar where people can explore different sides of themselves. It ran in Evening Magazine.

ASH: My curiosity is piqued.

SEAN: And they also have Shonen Note: Boy Soprano, a Morning Two title from the creator of Shimanami Tasogare. A middle school student with a wonderful soprano voice runs into issues growing up. This has been nominated for awards.

MICHELLE: I’ll definitely be checking this out.

ASH: I’ve really been looking forward to this one, too.

SEAN: And they have this weird poster book/artbook/massive thing, AKIRA: Art of Wall.

Also in print: The Ghost in the Shell: The Human Algorithm 3, Island in a Puddle 4, Lovesick Ellie 6, The Seven Deadly Sins: Four Knights of the Apocalypse 5, and Something’s Wrong With Us 11.

Digitally, we see The Fable 7, Giant Killing 33, Girlfriend, Girlfriend 10, Medaka Kuroiwa is Impervious to My Charms 4, My Maid, Miss Kishi 4, Police in a Pod 17, Quality Assurance in Another World 6, The Shadows of Who We Once Were 5, Tokyo Revengers 27, and Vampire Dormitory 7.

MICHELLE: One day I really will succeed in getting caught up on Giant Killing. 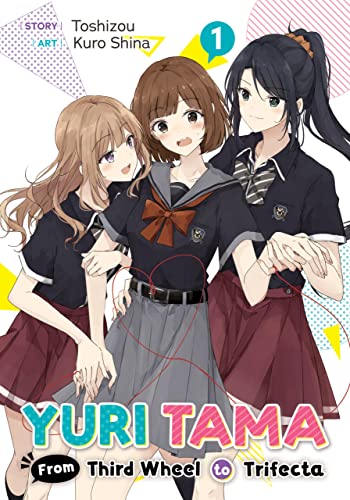 SEAN: J-Novel Club has a light novel debut. Yuri Tama: From Third Wheel to Trifecta (Yuri no Ma ni Hasamareta Watashi ga, Ikioi de Futamata Shite Shimatta) features a girl who is best friends with her school’s yuri power couple. Sadly, that means everyone else hates her. She doesn’t like herself much either. Then… both of her friends, separately, ask her out. And she says yes. To both of them.

SEAN: Also digital: The Apothecary Diaries 6, the 8th manga volume of An Archdemon’s Dilemma: How to Love Your Elf Bride, Full Metal Panic! Short Stories 2, In Another World With My Smartphone 26, My Quiet Blacksmith Life in Another World 4, and The Reincarnated Princess Spends Another Day Skipping Story Routes 5.

Drawn and Quarterly are reissuing all four volumes of Shigeru Mizuki’s Showa: A History of Japan, with new cover art, as well as single volume Onward Towards Our Noble Deaths.

SEAN: And now we jump to Airship, which has some print light novels. We see the print debut of The Case Files of Jeweler Richard. There’s also Berserk of Gluttony 7, Failure Frame: I Became the Strongest and Annihilated Everything With Low-Level Spells 5, and I’m in Love with the Villainess 5 (the final volume).

ASH: I’ve been waiting for The Case Files of Jeweler Richard.

SEAN: And in early digital we see I Swear I Won’t Bother You Again! 2, I’m the Evil Lord of an Intergalactic Empire! 3, and Kuma Kuma Kuma Bear 12.

Please enjoy this delicious manga made from whole grains. What are you eating next week?