SEAN: Oh no, I’m awake, September must be ending!

Yen On is taking the week off, but we have some Yen Press manga. Dead Mount Death Play 8, Laid-Back Camp 12, Play It Cool, Guys 4, and Re:ZERO -Starting Life in Another World-, The Frozen Bond 2. 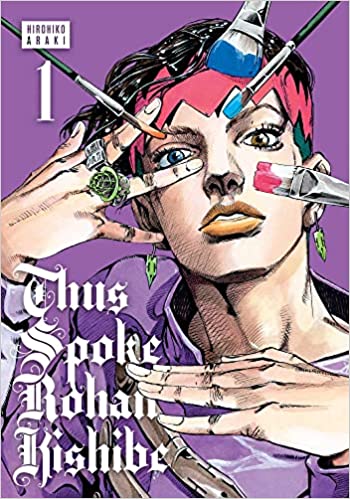 From Viz Media we debut a JoJo’s Bizarre Adventure spinoff, Thus Spoke Rohan Kishibe (Kishibe Rohan wa Ugokanai). This features a series of short stories starring the eccentric guy from Diamond Is Unbreakable, and is coming out in deluxe hardcover, same as the JJBA volumes.

ASH: I’m looking forward to this one; Rohan is an interesting and popular character. (And he was also my introduction to JoJo’s Bizarre Adventure as a whole.)

SEAN: We also see Fist of the North Star 6 and Fullmetal Alchemist: The Ties That Bind (another reissue of an FMA light novel).

ASH: Still very happy to see Fist of the North Star coming out!

SEAN: Tokyopop debuts On or Off, a BL manwha webtoon about the dangers of falling for your boss.

They also have the 2nd volume of supernatural BL series Fangs.

After a number of minimal weeks from Seven Seas, they got everything back from the printers this time around. We start with 7th Time Loop: The Villainess Enjoys a Carefree Life Married to Her Worst Enemy! (Loop 7-kaime no Akuyaku Reijou wa, Moto Tekikoku de Juukimama na Hanayome Seikatsu o Mankitsu Suru), a manga adaptation of the light novel series Seven Seas also released. It comes from Comic Gardo.

Cats and Sugar Bowls (Neko to Sugar Pot) is a collection of yuri-themed short stories by the same author, and is a single volume.

ASH: Count me curious, for sure! 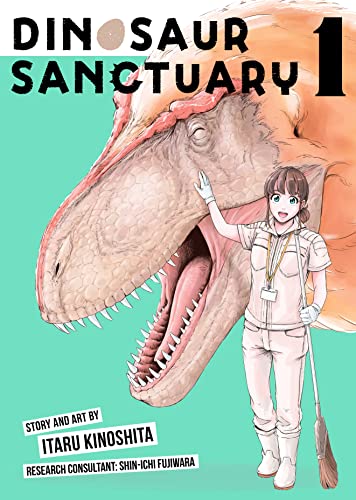 SEAN: Dinosaur Sanctuary (Dinosan) is from Shinchosha’s Comic Bunch, and asks what happens, after the events of “A Certain Movie”, to the other Dinosaur-themed zoos around the world?

SEAN: Lazy Dungeon Master (Zettai ni Hatarakitakunai Dungeon Master ga Damin wo Musaboru made) has had the novel coming out from J-Novel Club for a while now. Here’s the manga version, which runs in Comic Gardo.

Love is an Illusion! is a manwha webtoon that delves into the story of a guy who spends his whole life thinking he’s an alpha… till he runs into a real alpha who sees he’s just an omega deep down. BL, as you likely guessed.

Seven Seas also has The Case Files of Jeweler Richard 3, GIGANT 9, Hitomi-chan is Shy With Strangers 5, I’m in Love with the Villainess 3, Kiruru Kill Me 3, The Legend of Dororo and Hyakkimaru 5, Mushoku Tensei: Jobless Reincarnation 15, No Matter What You Say, Furi-san is Scary! 4, and Skeleton Knight in Another World 9.

One Peace Books debuts The Death Mage (Yondome wa Iyana Shi Zokusei Majutsushi), a light novel about a young man who is tired of getting reincarnated and then dying all over again, and resolves to use his powers from previous lives to put a stop to that.

ASH: I can understand that feeling.

SEAN: From Kodansha Manga we get the debut of Miss Miyazen Would Love to Get Closer to You (Ochikadzuki ni Naritai Miyazen-san). This Gangan Joker series has a girl trying to get to know the school’s delinquent, despite him being terrible at, well, communication. We know this genre by now.

ANNA: OK, I know the genre but I also enjoy people falling in love with delinquents.

Digitally we see Altair: A Record of Battles 25, Burn the House Down 4, A Couple of Cuckoos 9, DAYS 31, My Tentative Name 3, My Wonderful World 3, Oh, Those Hanazono Twins 5, The Prince’s Romance Gambit 11, SHAMAN KING & a garden 3, Tesla Note 6, and That’s My Atypical Girl 6, which definitely won’t be getting the Feature Image this week.

MICHELLE: Okay, finally some stuff for me. I am really curious about Burn the House Down and desperately need to get caught up on DAYS.

SEAN: Two debuts from J-Novel Club. Re:RE — Reincarnator Executioner (Re:RE -Ri: Āruī- Tenseisha o Korosu Mono) is a dark fantasy about a father trying to get back his daughter, whose body has been possessed by the evil Reincarnators. 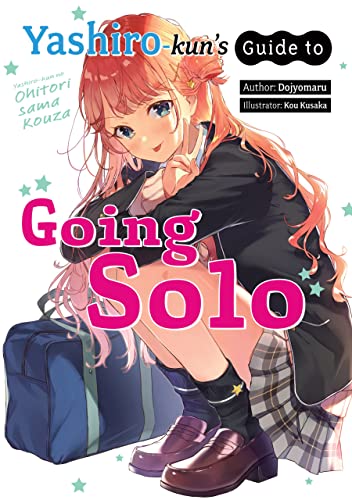 Our other debut is a one-shot from the author of How a Realist Hero Rebuilt the Kingdom. Yashiro-kun’s Guide to Going Solo (Yashiro-kun no Ohitorisama Kōza) is a reversal of books like Bottom-Tier Character Tomozaki – a trendy girl is asking the lone wolf how she can be more like him!

Ghost Ship gives us Booty Royale: Never Go Down Without a Fight! 7-8 and Desire Pandora 3.

Dark Horse Comics has the 10th omnibus of GANTZ.

ASH: That’s a series I’ve not thought about in a long while.

SEAN: Cross Infinite World has Surviving in Another World as a Villainess Fox Girl! (Scenario Nante Iranai! Rival Chara no Kitsunekko). This book has not one but TWO “reincarnated into an otome game” characters, each with different motivations to save their favorite character. Unfortunately, their plans don’t match up.

Airship debuts a new “beautifully depressing” novel from the creator of I Want to Eat Your Pancreas. I Will Forget This Feeling Someday (Kono Kimochi mo Itsuka Wasureru) is about a couple trying their hardest to BE a couple despite being from different dimensions.

ASH: I often enjoy novels of that type, though I’m not sure I’m feeling up to it at the moment.

SEAN: We also get early digital volumes of Mushoku Tensei: Jobless Reincarnation 19 and Though I Am an Inept Villainess: Tale of the Butterfly-Rat Body Swap in the Maiden Court 2.

There’s a ton of stuff here, after the September of Barely Any Manga. What are you getting?