SEAN: OK, now it’s the first week of Autumn, and there’s even rain! A good week to read some manga!

SEAN: Airship starts us off with print titles. The 2nd volume of Classroom of the Elite: Year 2, Monster Girl Doctor 9, and The Strange Adventure of a Broke Mercenary 5.

And their early digital titles are Reborn as a Space Mercenary: I Woke Up Piloting the Strongest Starship! 5 and The Strange Adventure of a Broke Mercenary 6.

ASH: A mercenary sort of week, it seems. 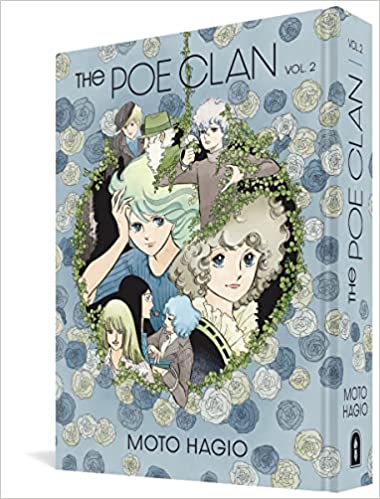 SEAN: After a 3-year wait, Fantagraphics finally gives us the 2nd and final omnibus of The Poe Clan.

ANNA: I still need to read the first volume of The Poe Clan, but I own it. Maybe I’ll do a Poe Clan binge for spooky season.

ASH: So glad to see this coming out!

SEAN: Ghost Ship gives us DARLING in the FRANXX 5-6.

There’s two new J-Novel Club light novel series. The Conqueror from a Dying Kingdom (Horobi no Kuni no Seifukusha – Maou wa Sekai wo Seifuku suru you desu). A man dies and is reincarnated in another world. He has a loving family, a promising future, etc. But… he knows that eventually bad things are going to happen. Now he has to figure out how to fix it.

DUNGEON DIVE: Aim for the Deepest Level (Isekai Meikyuu no Saishinbu o Mezasou) is our other debut. For once our kid who wakes up in a fantasy dungeon is desperate to get back home… because he has an ailing sister in Japan to care for. His only chance is to reach the very bottom, where the rumor is any wish can be granted.

ASH: Both of those may have potentially interesting twists on the genre.

SEAN: Also coming out: Black Summoner 10, The Master of Ragnarok & Blesser of Einherjar 21, The Misfit of Demon King Academy 2, Record of Wortenia War 16, and Reincarnated as the Piggy Duke: This Time I’m Gonna Tell Her How I Feel! 7.

Kodansha Comics has precisely one print volume, and it is Blue Period 9.

The digital debut is Gamaran, a Weekly Shonen Magazine title from about 12 years ago that ran for 22 volumes, followed by an ongoing sequel. It’s a martial arts series, so any plot description will be secondary to TOURNAMENT ARCS!.

MICHELLE: Man, I am weak against tournament arcs!

MELINDA: Honestly, so am I…

SEAN: Also out next week: The Abandoned Reincarnation Sage 5, Anyway, I’m Falling in Love With You 4, Blue Lock 15, Chihiro-kun Only Has Eyes for Me 7, The Dawn of the Witch 5, Golden Gold 4, Hella Chill Monsters 3 (the final volume), Hozuki’s Coolheadedness 10, Mr. Bride 6, A Serenade for Pretend Lovers 4, Shaman King Marcos 4, She, Her Camera, and Her Seasons 2, The Untouchable Midori-kun 2, and We’re New at This 11.

MICHELLE: I am a recent and enthusiastic convert to Blue Lock, so I’m happy I now have thirteen volumes to marathon digitally. 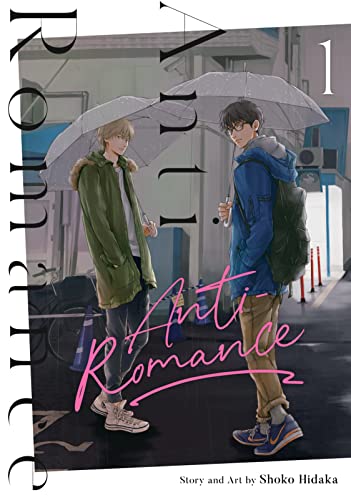 SEAN: Seven Seas debuts Anti-Romance, a BL title from Gentosha’s Rutile about two young men who’ve lived together for six years but are not quite more than friends. This is from the creator of Blue Morning. Seven Seas’s edition has extra material.

MICHELLE: Blue Morning was great, so I’m looking forward to this.

MELINDA: So here for this.

SEAN: His Majesty the Demon King’s Housekeeper (Maou Heika no Osoji Gakari) is from Akita Shoten’s Princess, a magazine I am very happy to see licenses from again. A girl with cleaning magic is transported to another world under an anti-cleaning curse! This sure sounds like shoujo, all right. Hopefully we’ll see more than just housekeeping.

ANNA: I enjoy shoujo and demons!

SEAN: And then there’s more BL, as we also get Monotone Blue, a one-shot from Be x Boy GOLD. This is from the creator of The Girl from the Other Side, and is a high school romance between a cat and a lizard. Well, OK, a catboy and a lizardboy.

ANNA: OK, tentatively here for this.

ASH: I do tend to like Nagabe’s manga, so I plan on picking it up.

SEAN: In continuing volumes, we get She Professed Herself Pupil of the Wise Man 6.

Tokyopop finally updated its website, so I can tell you that we see the third volume of Mame Coordinate. 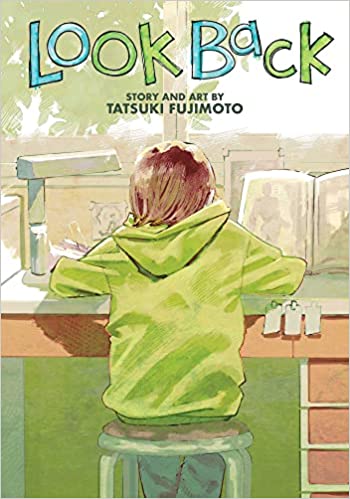 Viz debuts the print edition of Look Back, from the creator of Chainsaw Man. When this came out digitally, everyone I know read it and loved it. It’s about drawing manga, but be warned: the word “poignant” applies here.

ANNA: Poignant and from the creator of Chainsaw Man sounds like quite the combination.

MICHELLE: Gotta get caught up with Spy x Family.

ANNA: Me too. My household loves the anime.

ASH: So far, I’ve really been enjoying that series.

SEAN: Three titles from Yen On: Hazure Skill: The Guild Member with a Worthless Skill Is Actually a Legendary Assassin 4, The Vexations of a Shut-In Vampire Princess 2, and Sword Art Online 25.

Lastly, there’s Yen Press. The debut is Josee, the Tiger and the Fish, the manga adaptation of the novel (and movie). This is complete in one omnibus.

Also coming out: the 11th and final volume of Shibuya Goldfish, Solo Leveling 5, Tales of Wedding Rings 11, and The Wolf Never Sleeps 2.

This seems more like a normal week of manga. What are you getting?