SEAN: Has fall arrived yet? Certainly not QUITE here as of yet. 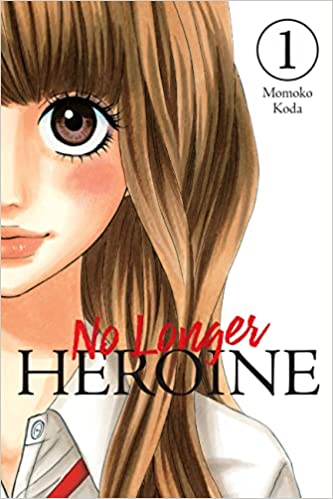 SEAN: Yen Press is taking the week off, for the most part. No light novels, and only two manga. One of those is a debut, however. No Longer Heroine (Heroine Shikkaku) is a shoujo series from Betsuma. It’s also 12 years old, showing that yes, older titles can still be picked up. Our heroine is a childhood friend! She’s going to get married to her guy! Because childhood friends always win in Japanese series… right? Right? (cricket noises)

ANNA: OK, I have to admit my curiosity about slightly vintage shoujo.

MICHELLE: I typically like series from Margaret and its offshoots, so I’m cautiously optimistic about this one!

SEAN: And we also get the 23rd volume of Triage X.

No debuts for Viz, but we get new volumes of Animal Crossing: New Horizons 3, Call of the Night 9, Dragon Quest: The Adventure of Dai 4, Fly Me to the Moon 13, Mao 7, Mashle: Magic and Muscles 8, Pokémon Adventures: X•Y 3, Rosen Blood 4, and Yakuza Lover 6.

ANNA: Some things here I need to get caught up on!

ASH: I still need to read that one.

SEAN: And they’ve also got the 5th and final volume of Jealousy.

There’s a new Steamship debut, Ladies on Top (Onnanoko ga Daicha Dame desu ka?). This Ura Sunday Jyoshibu series is about a 24-year-old OL who’s had a series of bad relationships because the guys take the lead. Then she starts dating a 28-year-old co-worker who likes aggressive women and awakens her hidden dom…

ASH: I haven’t read a Steamship title yet, but this one caught my attention, so it may be the first. 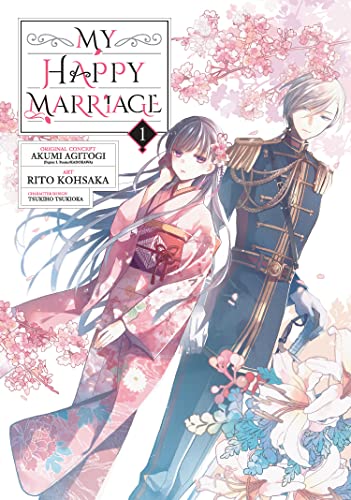 SEAN: Square Enix debuts the manga version of My Happy Marriage (Watashi no Shiawase na Kekkon), whose light novel Yen is putting out. It runs in Gangan Online. The light novel is excellent… but expect the title to be ironic, at least for the start.

ASH: It’s interesting to me how these cross-publisher titles seem to be happening more frequently these days.

SEAN: They’ve also got the 6th manga volume for The Apothecary Diaries.

SEAN: Seven Seas has Miss Kobayashi’s Dragon Maid in COLOR! – Chromatic Edition. This one-shot collects the best/funniest/most heartwarming scenes in the manga and does them in full color.

One Peace Books has the 19th volume of The Rising of the Shield Hero’s manga.

In print, Kodansha Manga has the debut of a series already out digitally, I Was Reincarnated as the 7th Prince so I Can Take My Time Perfecting My Magical Ability (Tensei Shitara dai Nana Ouji dattanode, Kimamani Majutsu o Kiwamemasu). It is what it sounds like.

MICHELLE: I thought Falling Drowning was pretty interesting and look forward to completing it. And, of course, here’s my obligatory pledge to catch up on Ace of the Diamond.

SEAN: Kaiten Books has a digital release for the 7th manga volume of Loner Life in Another World. 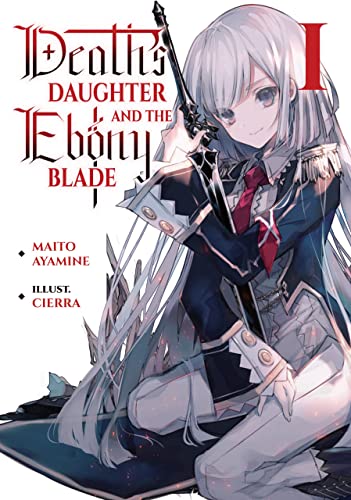 Two light novel debuts for J-Novel Club. Death’s Daughter and the Ebony Blade (Shinigami ni Sodaterareta Shoujo wa Shikkoku no Tsurugi wo Mune ni Idaku) has a baby discovered by a mysterious person in the middle of nowhere. She is taught combat and magic… then her mystery benefactor disappears! Now she has to leave the middle of nowhere to find them. (The title perhaps gives away who the mystery person is.)

SEAN: There’s also Formerly, the Fallen Daughter of the Duke (Moto, Ochikobore Koushaku Reijou desu). Our heroine is raised to be a mage and the fiancee to a prince… then all the magic talent goes to her sister, so she’s tossed aside. Now she tries to make her way as an adventurer… but wait. Why is she suddenly finding herself in modern-day Japan? Her life is a game? And she’s a side character? Like heck. She’s going to catch her own good end.

We also get a manga debut, Isekai Tensei: Recruited to Another World. This is the manga version of the light novel we’ve already talked about. It runs in MAGICOMI.

J-Novel Club also has Demon Lord, Retry! 8, Grimgar of Fantasy and Ash 18, Perry Rhodan NEO 9, Reborn to Master the Blade: From Hero-King to Extraordinary Squire ♀ 6, and the 2nd The Saga of Lioncourt manga.

Ghost Ship has a 4th volume for Into the Deepest, Most Unknowable Dungeon.

Cross Infinite World has a new title, The Saint’s Belated Happiness: Newly Single, Now Living with the Demon Prince (Iki Okure Seijo no Shiawase – Konyaku Hakisareta to Omottara Mazoku no Ouji-sama ni Dekiaisaretemasu!). The saint has spent years saving the world… so many years that she’s now 27, so her fiance the prince dumps her for being too old. Going home, she finds a young boy… with horns. Who rapidly grows up to be The Demon Prince. He probably cares less that she’s a Christmas Cake.

Airship, in print, has Accomplishments of the Duke’s Daughter 6.

Digitally, the early debut is The World’s Fastest Level Up (Sekai Saisoku no Level Up!). You’ll never believe this. This boy has a skill. But everyone thinks it’s useless and hates him. Then, he finds out it’s the most powerful skill ever! Now he’ll be the strongest with the help of hot pink-haired heroine and hot blue-haired heroine! … sigh.

There’s also the 3rd volume of Loner Life in Another World, which at least I know is not taking itself seriously. Mostly.

Is it me, or is print manga just in a massive lull? What are you getting next week?