SEAN: It’s September, and Manga Bookshelf doesn’t even have an AOL account. What are we going to do?

SEAN: Airship has early digital releases for the third volume of Classroom of the Elite: Year 2 and The Most Notorious “Talker” Runs the World’s Greatest Clan 3. 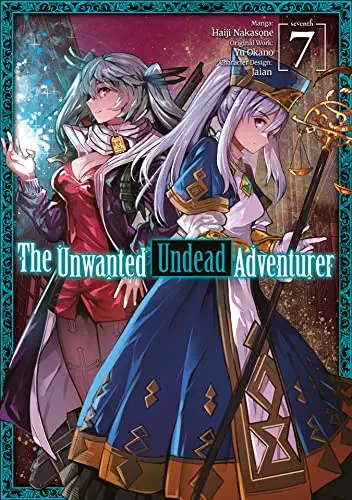 From J-Novel Club we get some print titles. Ascendance of a Bookworm 14, Marginal Operation 11, My Next Life As a Villainess 11, and The Unwanted Undead Adventurer 7 (manga version).

Kodansha Manga has new titles. In print, there’s a debut of Shangri-La Frontier, which we saw the e-book of already. VR game stuff.

We also see The Hero Life of a (Self-Proclaimed) “Mediocre” Demon! 6, The Heroic Legend of Arslan 16, When Will Ayumu Make His Move? 7, and The Witch and the Beast 9.

Kodansha’s new digital title is The God-Tier Guardian and the Love of Six Princesses (Rokuhime wa Kami Goei ni Koi wo Suru), a shonen title from Suiyōbi no Sirius. A knight reincarnated to support his liege in her future life. Sadly… her soul is in six different people!

There’s also Abe-kun’s Got Me Now! 9, Changes of Heart 5, Desert Eagle 3, Drifting Dragons 12, Kounodori: Dr. Stork 27, My Idol Sits the Next Desk Over! 5, Our Love Doesn’t Need a Happy Ending 2, and Vampire Dormitory 9.

ASH: I still need to read the original volume, but I plan on picking this one up. 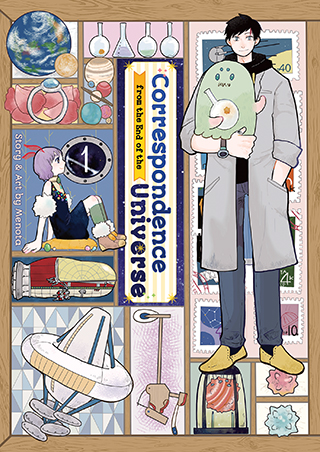 SEAN: Seven Seas had some date reshuffles recently, so we get one book. But it’s a debut! Correspondence from the End of the Universe (Hate no Shoutsuushin) is about a young Russian man who’s abducted from his life and his fiancee by aliens, who give him a 10-year mission! Nothing he can do but get down to it. This josei title ran in Comic PASH!.

ASH: That, and josei!

ANNA: Sounds a little wacky, that might be a good thing.

SEAN: Square Enix manga has the 5th volume of By the Grace of the Gods.

ASH: I’m a bit behind, but I’ve been enjoying Queen’s Quality.

ANNA: Me too, I need to get caught up.

SEAN: And we end with Yen. Yen On has Is It Wrong to Try to Pick Up Girls in a Dungeon? 17, Ishura 2, and Reign of the Seven Spellblades 6.

And Yen Press gives the people what they want: another PMMM spinoff. Magia Record: Puella Magi Madoka Magica Another Story focuses on Mami Tomoe and gives her stuff to do which the main series could not do because she became a meme instead. This runs in Comic Fuz.

Huh. That’s almost as tiny a week as this week. Did everyone spend money on textbooks rather than manga?