ASH: Even light weeks have plenty being released these days!

SEAN: Yen On has a bizarre release. We’re getting both the 2nd AND the 3rd volumes of The Hero Laughs While Walking the Path of Vengeance a Second Time.

ASH: Huh. Release schedule are still all over the place, aren’t they?

SEAN: And Yen Press gives us Lost Lad London 2, Love of Kill 9, The Other World’s Books Depend on the Bean Counter 2, Reign of the Seven Spellblades 4, That Time I Got Reincarnated as a Slime: The Ways of the Monster Nation 8 and Trinity Seven 26.

MICHELLE: I really, really liked the first volume of Lost Lad London and am excited for the arrival of the second! And wow, already up to volume two on the Bean Counter, huh?

ASH: It does seem like the first volume just came out. 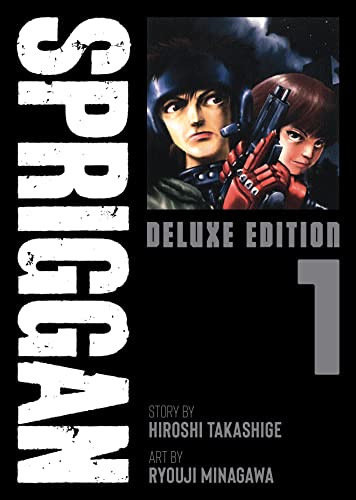 SEAN: Seven Seas debuts SPRIGGAN: Deluxe Edition. Viz put out 3 volumes of this in the 1990s then cancelled it, now Seven Seas is trying again with 650-age omnibuses. The writer gave us Until Death Do Us Part, the artist Project Arms. It’s from Weekly Shonen Sunday, and is loaded with ancient artifacts and secret agents.

ANNA: I do find it interesting when we get license rescues like this, even though I’m sure the series I’m most interested in will never be printed again.

SEAN: Also from Seven Seas is PULSE, a yuri manwha webtoon that’s getting a print release here. A doctor who keeps her sexual relationships strictly for pleasure tuns into trouble when she meets a transplant patient who refuses to get the operation.

ASH: I’m not sure I’ve actually read a yuri manwha before! It’s exciting to have the opportunity.

SEAN: Also coming out: Chillin’ in Another World with Level 2 Super Cheat Powers 4, D-Frag! 16, The Girl in the Arcade 2, Necromance 4, Seaside Stranger 4, and Tokyo Revengers Omnibus 2.

Kodansha, in print, gives us Blackguard 4, Blue Lock 2, Cells at Work! CODE BLACK 8, Lovesick Ellie 5, and Something’s Wrong With Us 10.

MICHELLE: In addition to obligatory praise for Lovesick Ellie, I’m also hyped for more of Blue Lock, which turned out to be not at all what I had expected.

ASH: Guess I’ll need to check out both of those series! 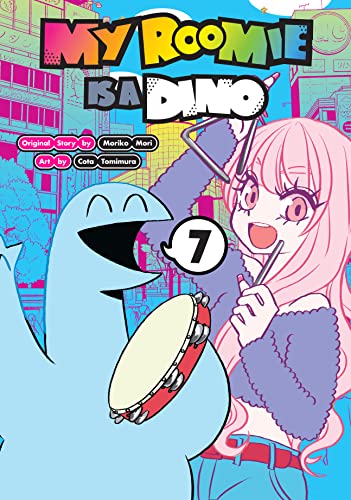 SEAN: Digitally, we have Even Given the Worthless “Appraiser” Class, I’m Actually the Strongest 5, Guilty 10, Having an Idol-Loving Boyfriend is the Best! 2, I Was Reincarnated with OP Invincibility, so I’ll Beat ’em Up My Way as an Action-Adventurer 3 (the final volume), My Roomie Is a Dino 7 (also a final volume), My Tentative Name 2, My Unique Skill Makes Me OP even at Level 1 8, Oh, Those Hanazono Twins 4, and Peach Boy Riverside 11.

J-Novel Club debuts a digital light novel whose manga came out a couple of weeks ago: Oversummoned, Overpowered, and Over It! (Meccha Shoukan Sareta Ken), about a hero who can’t seem to stop getting summoned to save the day.

Cross Infinite World has a 2nd volume of Even Dogs Go to Other Worlds: Life in Another World with My Beloved Hound.

Lastly, Airship has early digital releases for Irina: The Vampire Cosmonaut 2 and Modern Villainess: It’s Not Easy Building a Corporate Empire Before the Crash 2.