SEAN: As August nears its end, we continue to see manga making its way towards us, zombie-like.

No print for Airship this week, but we do get new early digital releases for Failure Frame: I Became the Strongest and Annihilated Everything With Low-Level Spells 5 and Kuma Kuma Kuma Bear 11.5.

J-Novel Club has several digital debuts. Full Metal Panic! Short Stories is exactly what it sounds like, and is much more lighthearted than the main series. 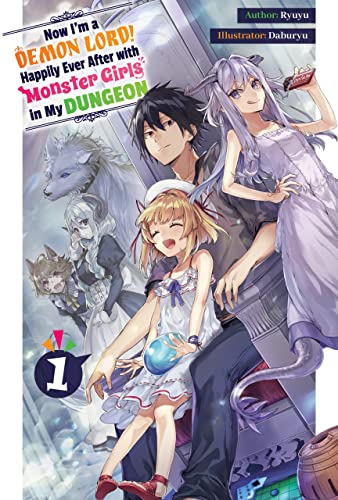 Now I’m a Demon Lord! Happily Ever After with Monster Girls in My Dungeon (Maou ni Natta node, Dungeon Tsukutte Jingai Musume to Honobono Suru) has a dude wake up as a demon lord in a dungeon. He thinks he’s going to have to strengthen his environment and protect everyone. But… no? He just lives a slow life with his cute monster girls. You know the audience for this one.

Rebuild World is a post-apocalyptic fantasy about a cruel, merciless world and the poor orphan boy trying to survive in it. This has a bit of buzz, but looks dark. Doesn’t help that the first book is split into two parts – This is Volume 1-1.

ASH: I mean, I tend to be interested in post-apocalyptic fantasy, don’t mind dark, and there is the buzz… but I’m not sure I need cruel and merciless at this very moment.

ANNA: I have a similar reaction.

SEAN: And we get the manga version of Tearmoon Empire (Tearmoon Teikoku Monogatari: Dantōdai kara Hajimaru, Hime no Tensei Gyakuten Story). You don’t need me to tell you how good the books are, now read the manga. This runs in Comic Corona.

ASH: Oh! I didn’t realize (or had forgotten) there was a manga version.

SEAN: Also coming out: Jessica Bannister and the Evil Within and Monster Tamer 10.

Kaiten Books has a digital release for The Yakuza’s Guide to Babysitting 5.

In print, Kodansha gives us Blue Period 8, Island in a Puddle 3, Phantom of the Idol 2, and Shikimori’s Not Just a Cutie 10.

MICHELLE: The first volume of Phantom of the Idol was fun, so I look forward to volume two.

ASH: I should give the series a closer look!

SEAN: And we get new digital volumes for ongoing series. Burn the House Down 3, Getting Closer to You 3, I’m Standing on a Million Lives 13, I Want To Hold Aono-kun So Badly I Could Die 9, Tying the Knot with an Amagami Sister 4, The Witch and the Beast 9, and Ya Boy Kongming! 8.

MICHELLE: Something about those Burn the House Down covers is really compelling. 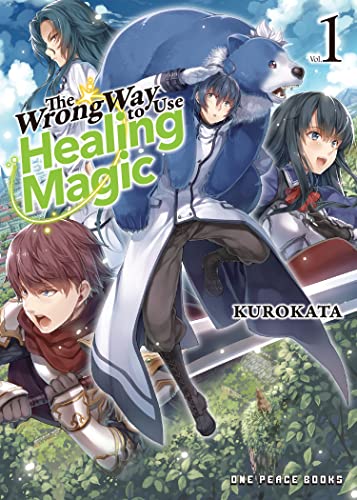 SEAN: One Peace Books has a light novel debut: The Wrong Way to Use Healing Magic (Chiyu Mahou no Machigatta Tsukaikata – Senjou o Kakeru Kaifuku Youin). An average ordinary high school student (sigh) is pulled into a fantasy world along with two other, much cooler students. Unfortunately for our blank hero, he has a rare ability, healing magic! Now he has to undergo hellish training to learn how to use it.

ASH: I do like the healing magic aspect of the premise.

SEAN: Three debuts for Seven Seas. MoMo -the blood taker- features a detective trying to track down a serial killer, but my guess is by the cover art and title that vampires are the main draw here. This ran in Weekly Young Jump.

SEAN: My [Repair] Skill Became a Versatile Cheat, So I Think I’ll Open a Weapon Shop ([Shuufuku] Sukiru ga Bannou Chiito-ka Shitanode, Buki-ya demo Hirakou ka to Omoimasu) is basically “what if the Arifureta guy decided to sell weapons rather than be the Arifureta guy?”. It runs in Manga Park.

Ramen Wolf and Curry Tiger (Ramen Ookami to Curry Tora) is a foodie manga from Comic Be, about, well, a Wolf and a Tiger. But they’re food critics!

ASH: It’s food related, so I’m obligated to give this one a try.

SEAN: Seven Seas also has Failure Frame: I Became the Strongest and Annihilated Everything With Low-Level Spells 4 and The Dragon Knight’s Beloved 3.

MICHELLE: I need to get caught up on Cherry Magic. I enjoyed the first volume.

SEAN: Viz Media has the 18th and final volume of Fullmetal Alchemist: Fullmetal Edition. We also get JoJo’s Bizarre Adventure: Part 5–Golden Wind 5 and Urusei Yatsura 15. And, though I usually don’t touch on the digital-only volumes, there’s WITCH WATCH 3 as well. 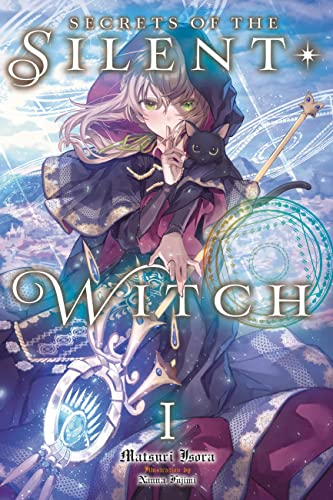 SEAN: Yen On debuts Secrets of the Silent Witch (Silent Witch), a story of a powerful mage who learned voiceless magic… because she’s painfully shy and wants to avoid speaking! I’ve heard good things about this series.

Yen Press has several debuts. Bungo Stray Dogs: Dead Apple is a spinoff that runs in Young Ace Up.

ASH: I’d somehow missed this was coming out.

SEAN: The Geek Ex-Hitman (Sono Otaku, Moto Koroshi-ya) runs in Shonen Ace Plus. A hitman ends up going down the terrible path of anime figurines.

SEAN: See You Tomorrow at the Food Court (Food Court de, Mata Ashita) is a complete in one volume title from Comic Newtype. An honor student and a tanned “gal” type seemingly have nothing in common… but they’re always eating together! This is not yuri but is yuri-adjacent.

SEAN: Also from Yen Press: Cheeky Brat 4, Cross-Dressing Villainess Cecilia Sylvie 2, Death March to the Parallel World Rhapsody 12, Delicious in Dungeon 11, The Holy Grail of Eris 2, Please Put Them On, Takamine-san 4, The Saga of Tanya the Evil 17, Sasaki and Miyano 6, and So I’m a Spider, So What? 11.