SEAN: The worst thing about heat is that it’s hot. If summer was cool, it would be better. Meanwhile, manga.

Yen On debuts the Goblin Slayer Tabletop Roleplaying Game, which I imagine is much like the KonoSuba one was, but with less of the authors playing it through.

ASH: Huh! I had somehow missed Yen’s entry into TRPGs. 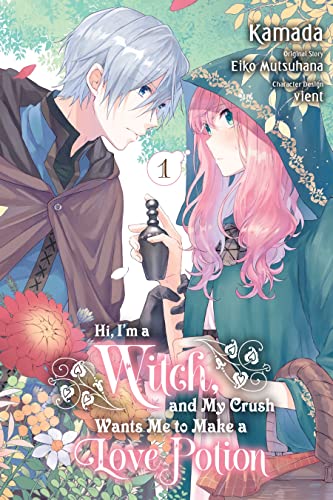 SEAN: Yen Press has one debut: Hi, I’m a Witch, and My Crush Wants Me to Make a Love Potion (Doumo, Suki na Hito ni Horegusuri o Irai Sareta Majo desu), a series whose light novel came out here from Cross Infinite World. This is the manga version, and runs in Kadokawa’s Flos Comic. A witch is devastated when her secret crush asks her for a love potion. But he at least goes with her as she searches for ingredients. Maybe she can just bask in his company for a while longer?

Also from Yen Press: Banished from the Hero’s Party, I Decided to Live a Quiet Life in the Countryside 2 and Gabriel Dropout 11.

From Viz we get BEASTARS 19, Frieren: Beyond Journey’s End 5, Mashle: Magic and Muscles 7, Orochi: The Perfect Edition 2, Record of Ragnarok 3, Sleepy Princess in the Demon Castle 18 and Undead Unluck 8.

ASH: I need to catch up on most of these, but it’s looking like a good Viz week.

SEAN: Steamship has a debut: I’ll Never Be Your Crown Princess! (Outaishihi ni Nante Naritakunai!!). This josei title from Zero-Sum Online features an isekai’d daughter of a duke who is unhappy that this world is polygamous and she’s expected to be one of many wives of the Prince. So she loses her virginity with some dude… then finds out whoops, said dude is that very same prince. Aside from “lost her virginity”, this sounds like many other “villainess” titles I could mention.

ASH: Isekai really is everywhere these days, isn’t it?

SEAN: Square Enix debuts SINoALICE, a manga version of the game that runs in Manga Up!. It is, try to prepare yourself, a dark and creepy version of Alice in Wonderland. I know, never been done before…

SEAN: Square Enix also has Beauty and the Feast 3, I Think Our Son Is Gay 3, and A Man and His Cat 6.

ASH: I’ve really been enjoying I Think Our Son Is Gay.

MELINDA: I need to catch up on so much! 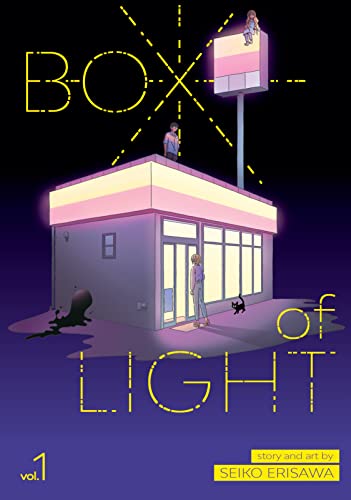 SEAN: A few Seven Seas debuts. Box of Light (Hikari no Hako) is a josei title from Zoukan Flowers (we may never get anything from Flowers, but we can get things from its spinoff) about a convenience store that seems to be haunted. It’s award-winning.

MICHELLE: I hope I never lose that feeling of delight to see a josei title coming out here.

ASH: Oh, I like the sound of this one!

MELINDA: I was in as soon as it said “haunted.”

SEAN: Dungeon People (Dungeon no Naka Hito) is from Futabasha’s Web Action, and features a woman searching a dungeon for her missing father. When she gets too far inside the dungeon… she’s asked to join the employees taking care of it? This seems oddly cute.

SEAN: Killing Stalking: Deluxe Edition is a Korean webtoon getting, as the cover might tell you, a deluxe color hardcover treatment. It’s BL horror.

MICHELLE: Hm… Did I learn my lesson with Boys of the Dead?

ASH: There seems to be a significant fanbase for Killing Stalking (which includes a few of my friends), so I am curious.

SEAN: Seven Seas also has Made in Abyss Official Anthology 4, My Lovey-Dovey Wife is a Stone Cold Killer 3, My Senpai is Annoying 8, and This Is Screwed Up, But I Was Reincarnated as a GIRL in Another World! 2.

In print, Kodansha Manga has A Galaxy Next Door 2, Grand Blue Dreaming 16, The Hero Life of a (Self-Proclaimed) “Mediocre” Demon! 5, Island in a Puddle 2, Living-Room Matsunaga-san 11 (the final volume), Those Not-So-Sweet Boys 7 (also a final volume), and Whisper Me a Love Song 5.

ASH: Another set of series that I’ve fallen behind on. 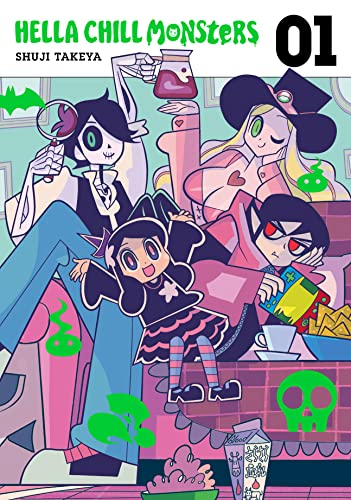 SEAN: The digital debut is Hella Chill Monsters (Yasuraka Monsters), which ran in Weekly Morning and whose creator did the art for the manga Astral Project, for those who can dig out their old CMX titles. A skeleton detective and his equally undead friends try to solve a city’s problems… but end up creating them.

MICHELLE: Somehow this is strangely appealing.

ASH: I agree! (And I was actually thinking about Astral Project just the other day…)

MELINDA: Oooh I already love it.

ASH: That is a pile!

SEAN: While digitally they have My Instant Death Ability Is So Overpowered, No One in This Other World Stands a Chance Against Me! 11, My Quiet Blacksmith Life in Another World 3, My Stepmom’s Daughter Is My Ex 3, To Another World… with Land Mines! 3, and When Supernatural Battles Became Commonplace 3.

Dark Horse has an 11th hardcover of Berserk Deluxe. (It got bumped.)

ASH: That’s okay, I’ll pick it up whenever it ends up being released.

SEAN: Cross Infinite World has a 4th volume of Reincarnated as the Last of my Kind.

Lastly, Airship has the print debut of 7th Time Loop: The Villainess Enjoys a Carefree Life Married to Her Worst Enemy! (previously discussed when the digital came out), the first volume of Classroom of the Elite: Year 2, and Mushoku Tensei: Jobless Reincarnation 17.

And in early digital we see the 2nd Classroom of the Elite: Year 2.

Has your manga melted already?