MICHELLE: Someone in my neighborhood actually set off fireworks for Father’s Day. My cat was not amused.

ASH: Goodness! And here I thought my neighborhood was overenthusiastic with explosives.

SEAN: Yen On gives us I’m the Villainess, So I’m Taming the Final Boss 3.

Two debuts for Yen Press. The Girl I Saved on the Train Turned Out to Be My Childhood Friend (Chikan Saresou ni Natteiru S-kyuu Bishoujo wo Tasuketara Tonari no Seki no Osananajimi datta) already has the light novels from Yen On, and this is the manga adaptation that runs in Manga Up!. The plot is the title. The manga has to struggle with art not being by Fly. 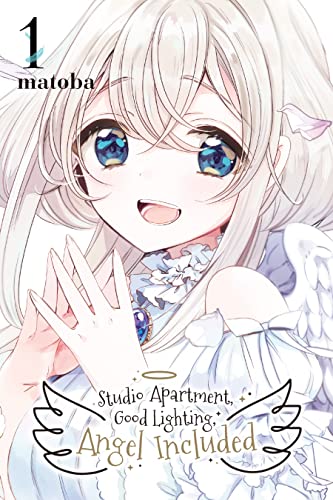 The other debut is Studio Apartment, Good Lighting, Angel Included (One Room, Hiatari Futsuu, Tenshitsuki), a harem fantasy from Shonen Gangan about a guy who wakes one morning to find an angel in his bed. Literally. This is by the author of As Miss Beelzebub Likes, which I really enjoyed, so I am inclined to cut it more slack than it probably deserves. Expect more cute than sexy knowing this author.

Viz debuts a new Jump title, The Elusive Samurai (Nige Jouzu no Wakagimi). A former noble whose family was overthrown is on the run, his only power a truly superhuman ability to run away. This made it past the traditional 2-3 volumes death for most Jump series, so good for it.

ASH: Revenge, redemption, and by the creator of Assassination Classroom? Count me as officially curious.

MICHELLE: I need to catch up on both My Hero Academia and My Love Mix-Up!. 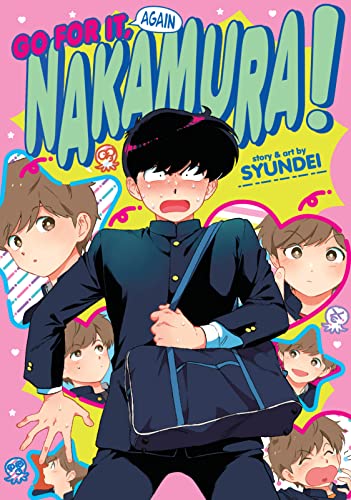 SEAN: Seven Seas debut is actually a one-shot sequel: Go For It Again, Nakamura!! (Motto Ganbare! Nakamura-kun!!), the BL series that honestly may be better known for the memes parodying its cover art than its actual content. It ran in Akaneshinsha’s Opera.

MICHELLE: I really liked the original volume, and look forward to the sequel!

ASH: I’m really excited for this one, too! I unequivocally loved the first manga.

ASH: Alas, I’m already behind and just finally got my hands on the first volume of Sensei’s Pious Lie.

SEAN: Digitally the first debut is Desert Eagle, a comedic gang title from the creator of Tokyo Revengers. it ran in Weekly Shonen Magazine.

We also get My Wonderful World (Boku no Subarashii Jinsei), a josei title from Be Love about a young man whose inability to read or write well is discovered to be dyslexia.

MICHELLE: One of these days I will actually read A Sign of Affection.

ASH: I really need to, too.

MELINDA: I want to get excited over Saint Young Men but it’s been so long since I read any, I’m so far behind… 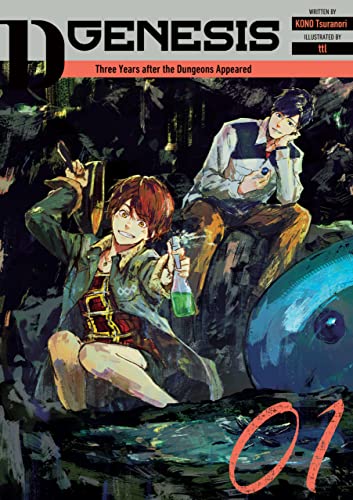 Also digital: In Another World With My Smartphone 25, My Friend’s Little Sister Has It In for Me! 7, The Reincarnated Princess Spends Another Day Skipping Story Routes 4, Record of Wortenia War 15, and Tearmoon Empire 8.

Ghost Ship has Call Girl in Another World 4 and GUNBURED × SISTERS 2.

Cross Infinite World has The Drab Princess, the Black Cat, and the Satisfying Break-up (Jimihime to Kuroneko no, Enman na Konyaku Haki), one in the fairly recent romance drama of “not a villainess, but breaking off the engagement anyway” titles. It looks fun.

The early digital debut is Vivy Prototype, a spinoff of the anime Vivy -Fluorite Eye’s Song- and written by the author of Re: Zero. The story of an AI who tries to prevent a war, any similarity to certain Macross franchises is purely coincidental.

ASH: I know nothing about Vivy, but stories about AI do appeal to me.

MELINDA: I loved this anime, so I’m here for it!

Any titles grab your eye here?