SEAN: As June winds to an end, manga companies are watching closely, because July means the start of a new fiscal year. What manga will balance their books?

ASH: So many calendars to keep track of!

SEAN: Airship has some new print volumes. We see Adachi and Shimamura 9, Classroom of the Elite 11.5, Failure Frame: I Became the Strongest and Annihilated Everything With Low-Level Spells 4, and Trapped in a Dating Sim: The World of Otome Games is Tough for Mobs 6. 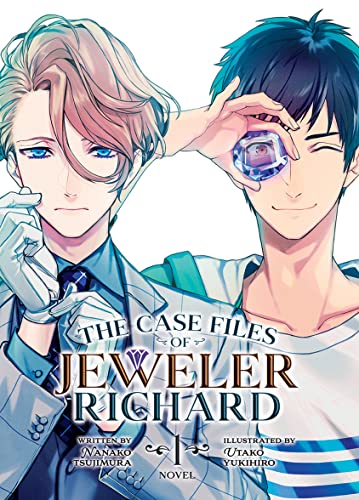 Digitally, we see an early debut for The Case Files of Jeweler Richard (Housekishou Richard-shi no Nazo Kantei), a mystery light novel series for women that has already gotten an anime. It is another of those series I say is “not BL, but BL-adjacent”.

MICHELLE: I was rather disappointed by the manga. Perhaps the light novel will be better.

ASH: I haven’t had the chance to read the manga adaptation yet, but I have hopes for the original novels.

SEAN: There’s also early digital for The Strange Adventure of a Broke Mercenary 5.

Cross Infinite World debuts Onmyoji and Tengu Eyes: The Spirit Hunters of Tomoe (Onmyouji to Tengugan: Tomoe Shiyakusho Mononoke Trouble Gakari), a title which asks “what if Felix Unger and Oscar Madison were both gorgeous men and fought the supernatural”?

SEAN: There’s also Since I Was Abandoned After Reincarnating, I Will Cook With My Fluffy Friends: The Figurehead Queen Is Strongest At Her Own Pace 4.

Ghost Ship gives us I’m Not Meat (Boku wa Oniku Janai), which ran in Shogakukan’s Big Comic Spirits. A man who works as a copywriter is terrified of women, seeing them as predators. Unfortunately, for his new ad campaign he really needs to understand dating. Can he overcome his instincts? This is very much a sex comedy in the old 80s use of the word.

They also debut Wicked Trapper: Hunter of Heroes (Magatsu Wanashi no Yuusha kari), an isekai about a game designer known for traps and sadistic games who arrives at a dungeon world… and the heroes are threatening him. What else to do but side with the villain and get revenge? This runs in Ultra Jump. Those with long memories may remember the author’s Tokyo Cycle Girls on the JManga site.

ASH: Oh, JManga is not a site I’ve thought about in a long while!

SEAN: They’ve also got Into the Deepest, Most Unknowable Dungeon 3.

J-Novel Club has a digital debut. The Misfit of Demon King Academy (Maō Gakuin no Futekigōsha ~Shijō Saikyō no Maō no Shiso, Tensei Shite Shison-tachi no Gakkō e Kayou~) already has an anime out, and is one of the genre of “demon king wakes up after thousands of years and goes to magic school” books we’ve seen so much of lately.

Also out: Culinary Chronicles of the Court Flower 6, Full Clearing Another World under a Goddess with Zero Believers‘ 3rd manga volume, Fushi no Kami: Rebuilding Civilization Starts With a Village 6, The Tales of Marielle Clarac 9, and The Unwanted Undead Adventurer’s 8th manga volume. 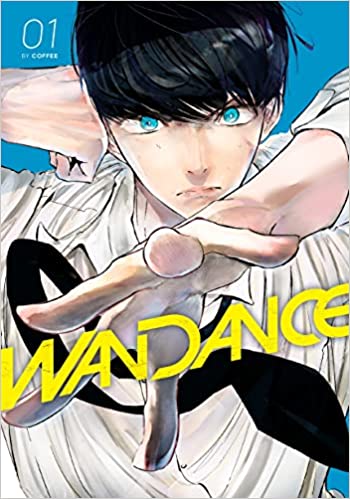 Kodansha, in print, debuts Wandance, which runs in Kodansha’s Afternoon. A young man has fallen in love with a woman, and for her he will do anything… even learn to dance! This combines romance and sports, and is more freestyle dancing compared to ballroom dancing.

MICHELLE: This looks fun to me!

ASH: Looks like it could be fun to me, too!

SEAN: Also in print: APOSIMZ 9, Blue Period 7, A Sign of Affection 5, That Time I got Reincarnated as a Slime 19, and Welcome Back Alice 2. Oh yes, and Sayonara, Football 11, still not mentioned on their website.

The digital debut is Burn the House Down (Mitarai-ke, Enjou suru), a josei series from Kiss. A young housekeeper starts work at the house of a middle-aged housewife. But she has an ulterior motive, which is to investigate a past tragedy that ties them both together.

SEAN: We also see Back When You Called Us Devils 14 (I’ve called this a final volume three times now, we’ll see if it sticks this time), Harem Marriage 18, Koigakubo-kun Stole My First Time 2, My Darling Next Door 5 (also a final volume), Tesla Note 5, That’s My Atypical Girl 5, and WIND BREAKER 3.

No debuts for Seven Seas this week (they’re all on their other imprints), but we do get Classmates 5, Doughnuts Under a Crescent Moon 3, Drugstore in Another World: The Slow Life of a Cheat Pharmacist 5, The Idaten Deities Know Only Peace 2, Otaku Elf 4, Precarious Woman Executive Miss Black General 8, and The Tale of the Outcasts 5.

MICHELLE: I should really read Classmates.

ASH: I’m a few volumes behind and need to catch up, but I do live the creator’s work. 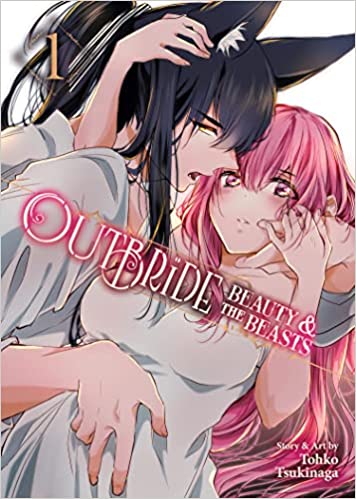 SEAN: Seven Seas also debuts a new imprint: Steamship! This seems to be “Ghost Ship for Women”, i.e. a smuttier kind of shoujo/josei. Outbride: Beauty and the Beasts (Out Bride – Ikei Konin) is from Hakusensha’s Manga Park, and has a young woman who dies in a car accident isekai’d to another world… where she’s the only human woman! Now four gods all vie for the right to have her bear their child!

SEAN: SuBLime has a 4th volume of Black or White.

Tokyopop has the 4th volume of Double.

They also have the digital debut of Aria The Masterpiece – all 7 volumes will be out digitally next week.

Viz has Fist of the North Star 5, Fullmetal Alchemist: Under the Faraway Sky (another re-release of a novel they put out in 2007), and Maison Ikkoku Collector’s Edition 8.

ASH: Still thrilled we’re getting all of Fist of the North Star!

SEAN: There’s a pile of Yen On light novels. Bungo Stray Dogs 8, Date a Live 6, Demon Lord 2099 2, The Demon Sword Master of Excalibur Academy 6, Our Last Crusade or the Rise of a New World 9, Overlord 14, Unnamed Memory 5, Yokohama Station SF National, and You Call That Service? 6.

ASH: Yokohama Station SF National has most of my attention here.

And we also see Catch These Hands! 2, Goblin Slayer Side Story II: Dai Katana 3, and The Maid I Hired Recently Is Mysterious 3.

Hi, I’m Sean Gaffney, and I’ll teach you how to BUY.MANGA.FAST.