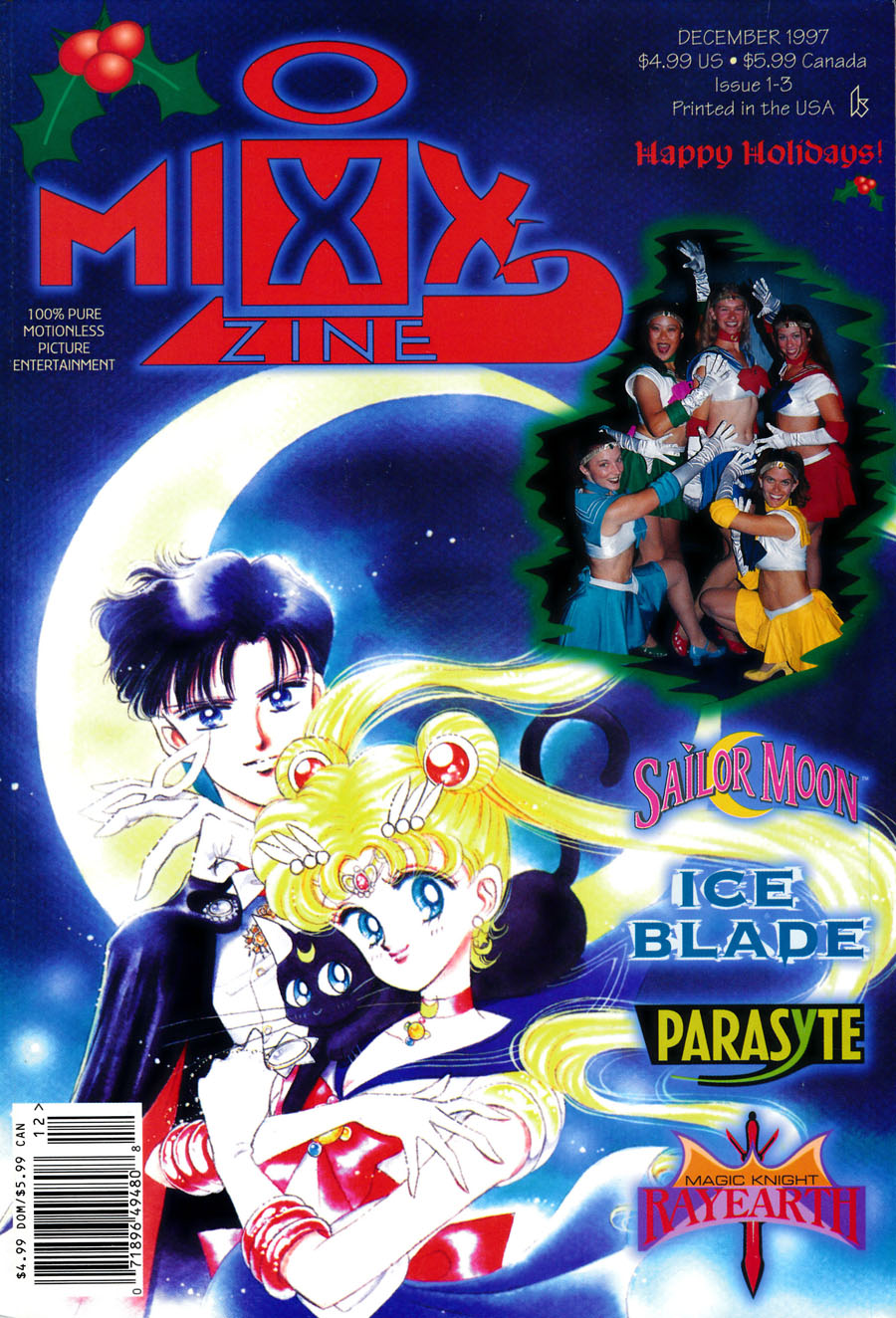 Everybody’s talking about Tokyopop this week, as the publisher that brought us Mixx, Sailor Moon, and Rising Stars of Manga celebrates its twenty-fifth anniversary. To mark the occasion, Brigid Alverson interviewed Tokyopop founder Stu Levy about the company’s history. “Not a single person believed it would work—and frankly many called us crazy,” Levy recalled. “Even internally, most of my team was against it—or at least wanted to test it. My view was we either had conviction and went all-in or we didn’t. Testing wouldn’t work because retailers would always favor the left-to-right reading books if they had a choice—so there would never be a true test of its potential. So, I bet the company on it.” Over at Drop-In to Manga, Tony reflects on how Tokyopop titles such as Chobits and GTO: Great Teacher Onizuka helped introduce him to the joy of reading manga. “I know there’s a lot of criticism towards its founder, Stu Levy, and a lot of it is warranted,” he observes. “But I still respect Tokyopop for showing Japanese manga publishers that America can be a hotspot for manga during a time when that wasn’t the case.”

Mari Yamazaki’s Olympia Kyklos will resume serialization in Grand Jump next month. The story follows the adventures of an ancient Greek potter who’s accidentally transported to the 1964 Tokyo games. C’mon, this needs to be licensed STAT! [Anime News Network]

Are new chapters of Hunter x Hunter on the horizon? [Variety]

Brace yourself for more H.P. Lovecraft: Dark Horse will be publishing Gou Tanabe’s adaptation of The Shadow Over Innsmouth in a single omnibus edition. No word yet on a release date. [Anime News Network]

Earlier this week, the employees of Seven Seas Entertainment announced that they’d formed their own union, United Workers of Seven Seas. In a statement on their website, union organizers explain the rationale for their decision: “The company has grown exponentially since the start of the COVID-19 pandemic. But with rapid growth comes growing pains, and we, the workers of Seven Seas, have been shouldering much of that pain. We find ourselves overworked, underpaid, and we do not currently receive the benefits otherwise typical of the publishing industry.” [ICv2]

Are you interested in learning more about the roots of contemporary Japanese culture? Kathryn Hemmann offers a great list of “popular-audience books that are smart and specific yet still accessible to a casual reader,” from Matt Alt’s Pure Invention: How Japan’s Pop Culture Conquered the World to Tara Devlin’s Toshiden: Exploring Japanese Urban Legends. [Contemporary Japanese Literature]

The folks at Anime Feminist want to know which unfinished or cancelled Tokyopop series you’d like to see rescued. [Anime Feminist]

Bill Curtis wins the award for best headline of the week with How to Ease Your Big Burly, Hairy, Glistening, Beer Swillin’, Iron Pumpin’ DUDE Self Into the Wonderful World of Shojo & Josei Manga. Amen! [Yatta-Tachi]

Speaking of josei, the Mangasplainers dedicate their latest episode to an in-depth exploration of Fumi Yoshinaga’s All My Darling Daughters. [Mangasplaining]

Lucas DeRuyter revisits Death Note, a series he “took super seriously” as a teen viewer. “When I watched Death Note as a teenager I definitely hadn’t lived enough to recognize it as camp; nor did I have as firm of an understanding of my own sexuality as I do today,” he observes. “I thought I’d be returning to a problematic fave, but was delighted to realize that Death Note is camp. Accidental, ostentatious camp that, in its attempts to create a dark and edgy power fantasy, stumbles so spectacularly that it tears down some of the worst kinds of people and beliefs around today.” [Anime Feminist]

Reviewing volume five of Kageki Shojo!!, Yuri Stargirl raises a good question about the state of shojo and josei licensing in North America. “Has the industry just become dominated by trite, superficial storytelling and bland art that can’t decide if it’s moe or realistic?” she asks. “Or is what gets translated to the US market so limited, that they pick lowest common denominator titles to publish even though there are a lot of higher quality ones in Japan going untranslated?” Meanwhile, Megan D. takes a look at one of the weirder titles DMP ever licensed, Bambi and Her Pink Gun, while Rebecca Silverman reviews Erica Friedman’s new book By Your Side: The First 100 Years of Yuri Anime and Manga. “If you are a fan of yuri or simply want to understand what the deal is with any of the genre’s elements or major texts, I’d highly recommend reading this book,” Silverman argues. “It’s both an analysis of and a love letter to the genre, both academic and accessibly readable, and worth your time.”