SEAN: It’s May, but the winds are blowing here like it’s March. What manga is blowing our way? 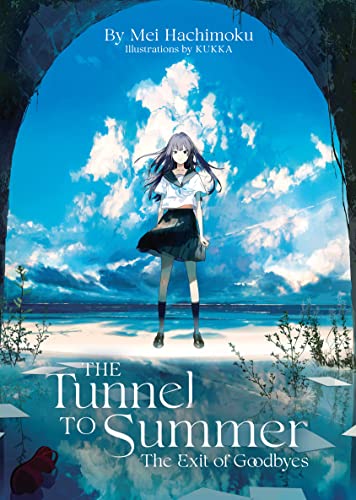 Airship debuts The Tunnel to Summer, the Exit of Goodbyes (Natsu e no Tonneru, Sayonara no Deguchi), the latest in a long line of “kind of depressing romance novels with a sci-fi bent” light novels that have been out here lately. For once it’s not based on a film, though one is coming soon.

SEAN: Also in print: Mushoku Tensei: Jobless Reincarnation 16 and Reincarnated as a Sword 10.

We also get early digital volumes of Adachi and Shimamura 9 and She Professed Herself Pupil of the Wise Man 4.

ASH: I do love mushrooms. And puns.

SEAN: Ghost Ship has a 10th volume of Parallel Paradise.

A very tiny week from J-Novel Club, which only has The Master of Ragnarok & Blesser of Einherjar 20 and My Instant Death Ability Is So Overpowered, No One in This Other World Stands a Chance Against Me! 10.

In print from Kodansha, the debut is a box set, as we get Cells at Work! Complete Manga Box Set!. It is what it sounds like.

ASH: I really enjoyed this series as it was first being released.

SEAN: Also in print: Bakemonogatari 13 and Sayonara, Football 10, the manga that I always forget to mention because Kodansha doesn’t list it on their website. 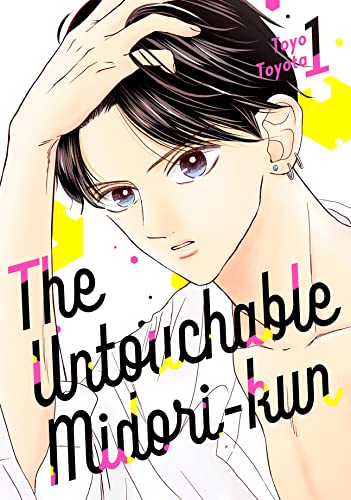 Digitally we get two debuts. The Untouchable Midori-kun (Midori-kun ni wa Sawarenai) is the latest josei series, this time from Kiss. A woman goes to meet her new neighbor… and finds they went to school together! Can romance develop? Unlikely. He’s an idol singer, and she’s an adult film actress! Kodansha says this is for fans of Tokyo Tarareba Girls.

MICHELLE: Huh. I guess that means me, then.

ASH: Pretty sure I’m one of those fans, too.

SEAN: When a Cat Faces West (Neko ga Nishi Mukya) is from Afternoon, and is from the creator of Mushishi. That really should be enough, but it’s apparently about a woman trying to find out why she’s 35 years old but has the body of a tween.

MICHELLE: I’m excited to see more by this creator!

ANNA: This sounds so wacky.

ASH: Mushishi is one of my absolute favorites, so I’m likewise excited to see more of the creator’s work being released in English!

One Peace gives us The Music of Marie (Marie no Kanaderu Ongaku), a Comic Birz title from the creator of Short Cuts, Lychee Light Club, Genkaku Picasso, and many more. It’s a fantasy about a world watched over by Maria, a mechanical goddess. What’s her secret? This is complete in one omnibus.

ASH: Speaking of favorites, I am also a fan of Usumaru Furuya’s work, so I’m very happy to see this release. 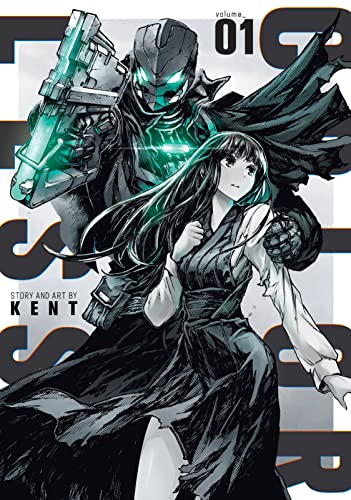 SEAN: From Seven Seas: COLORLESS comes from an artist called KENT. The story itself is from LEED’s Comic Border, and is a post-apocalyptic sci-fi story where the world has lost all colors.

SEAN: We also get My Next Life as a Villainess Side Story: Girls Patch. Did you read the Bakarina novels/manga and get frustrated that there wasn’t enough yuri? Read this anthology. You will still think it does not go far enough, but it’s certainly more than the main series.

Also coming from Seven Seas: Arifureta: From Commonplace to World’s Strongest ZERO 6, Classroom of the Elite 2, and The Hidden Dungeon Only I Can Enter 6. There’s also the 2nd novel of Grandmaster of Demonic Cultivation: Mo Dao Zu Shi.

ASH: Here and actually ready for the second volume of Grandmaster of Demonic Cultivation!

SEAN: Tokyopop debuts Mame Coordinate (Mame Code), a Comic Ryu series about a girl trying to be a model but failing due to her rural manners. Can a new manager help?

Viz Media debuts Crazy Food Truck, a Comic Bunch series about a man driving his food truck through – you guessed it – a post-apocalyptic desert. He runs into a naked girl and takes her onto his truck… but she has people after her! Honestly, I’m interested just for the title.

SEAN: Also from Viz: Frieren: Beyond Journey’s End 4, Golden Kamuy 26, Mashle: Magic and Muscles 6, Undead Unluck 7, the 21st and final volume of We Never Learn, and Zom 100: Bucket List of the Dead 6. Well, now we know why Viz was so quiet two weeks ago – its Jump stuff got moved here. Also, RIP We Never Learn, a series that managed to face off against The Quintessential Quintuplets, which infuriated its entire fanbase, and STILL come in second. 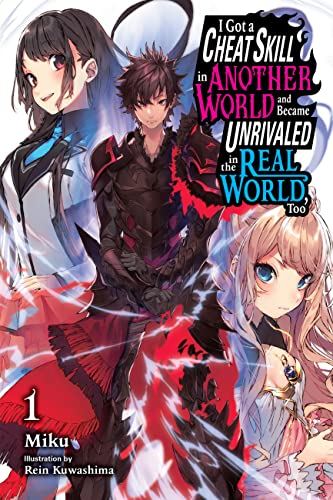 Yen On’s light novel debut is I Got a Cheat Skill in Another World and Became Unrivaled in The Real World, Too (Isekai de Cheat Skill wo Te ni Shita Ore wa, Genjitsu Sekai wo mo Musou Suru ~Level Up wa Jinsei wo Kaeta~), a title that makes me tired just reading it. The synopsis does as well. A bullied kid finds a doorway to another world, and gets the standard isekai package… which he can also bring home with him. Not gonna lie, I will be avoiding this with great avoid.

Also from Yen On: Baccano! 19, Dragon and Ceremony 2, Eighty-Six 10, The Genius Prince’s Guide to Raising a Nation Out of Debt (Hey, How About Treason?) 9, No Game No Life 11, Spy Classroom 3, Suppose a Kid from the Last Dungeon Boonies Moved to a Starter Town 9, and Wandering Witch 8.

Yen Press debuts I Want to be a Wall (Watashi wa Kabe ni Naritai), a josei title from Enterbrain’s B’s-LOG Cheek. He’s gay and has a crush on his childhood friend. She’s asexual and being pressured by her parents. Can a marriage of convenience solve their problems? I’ve heard good things about this.

MICHELLE: I’m thrilled by the consistent stream of josei we’ve been getting lately!

There’s quite a lot I want to read this week. How about you?