SEAN: The week of Mother’s Day, and what manga will moms be reading?

Yen On has a 5th volume of Bofuri: I Don’t Want to Get Hurt, so I’ll Max Out My Defense. 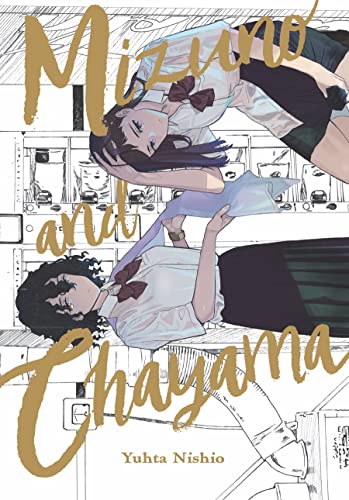 The Yen Press debut is Mizuno and Chayama, a Comic Beam title that is done in one 2-volume omnibus. It’s Romeo and Juliet, only they’re both teenage girls, and the setting is corporations vs. the government.

MELINDA: What everyone else said!

SEAN: Also being released: Is It Wrong to Try to Pick Up Girls in a Dungeon? II 2, The Saga of Tanya the Evil 16, Solo Leveling 4, and Star Wars Leia, Princess of Alderaan 2.

Viz Media has Death Note Short Stories, which is exactly what it says.

ASH: It’s been quite a while since I’ve thought about Death Note; the series is among the earliest manga I read.

MELINDA: Wow, what could this possibly be? I’m actually a little curious.

MICHELLE: I’m quite far behind on Requiem of the Rose King now!

ASH: I’ve been saving up volumes to read all at once.

MELINDA: I am also behind, but omg!

SEAN: Tentai Books sees a print release for From Toxic Classmate to Girlfriend Goals 1, I Kissed my Girlfriend’s Little Sister?! 1, and There’s No Way a Side Character Like Me Could Be Popular Right? 3. 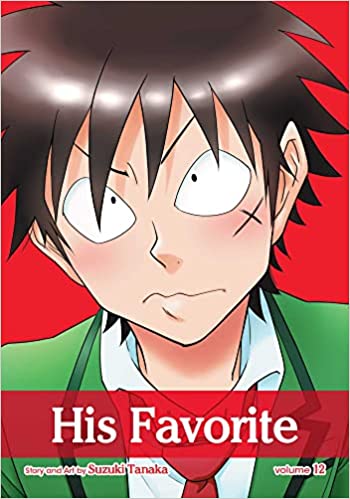 Square Enix manga has the 5th volume of My Dress-Up Darling.

ASH: Another series that I’m behind on, but I really enjoyed the early volumes.

MELINDA: I’ve heard good things about this, and I feel like I need to get into it!

ASH: I’ve mainly focused on the main series, so far; I need to catch up on the spinoffs of The Ancient Magus’ Bride.

SEAN: Kodansha has a print debut, coming from the ever popular Shuzo Oshimi. Devil Ecstasy is an early Young Magazine title about a brothel filled with women who may be killing men with their sexy skills. It’s also a two-volume omnibus.

ASH: Oshimi’s work is frequently disconcerting, but generally worth taking a look.

MELINDA: I’ll let Ash be the one to take a look, haha. 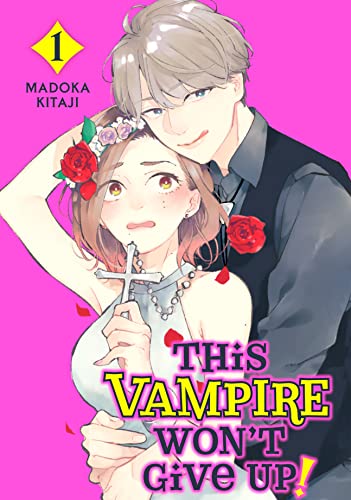 Digitally our debut is This Vampire Won’t Give Up! (Vampire-sama ga Akiramenai!), another josei title from Comic Tint. Our heroine has to work with a handsome but rude man, but then finds out he’s also the author of her favorite childhood book about vampires. What’s his secret? (Take a guess.)

ANNA: I don’t know what the secret is, I might have to read it and find out.

MELINDA: The title is kind of hilarious, right? It’s the exclamation point…

ASH: Ya Boy Kongming! is now more fully on my radar since I’ve been hearing good things about the anime.

SEAN: From J-Novel Club we see The Apothecary Diaries 5, Black Summoner’s 6th manga volume, Campfire Cooking in Another World with My Absurd Skill 11, My Daughter Left the Nest and Returned an S-Rank Adventurer 4, and Sorcerous Stabber Orphen: The Wayward Journey 17.

Ghost Ship debuts It’s Just Not My Night! – Tale of a Fallen Vampire Queen (Yo ga Yorunara!), a Magazine Pocket series, shows us a hard-luck vampire queen forced to find part-time work – some of which is very sketchy!

Already out from Denpa, who just put it on their website, is Black Tights: WIDE, an artbook featuring, well, girls in tights. It features “some of the best artists in Japan” and also a lot of good-looking gams. 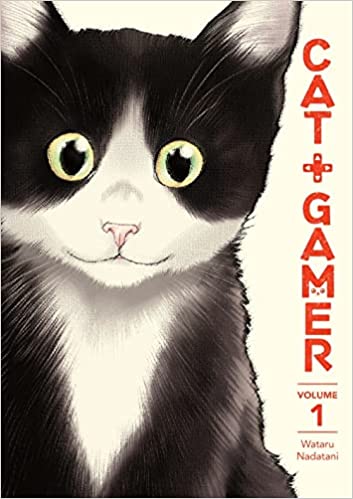 Dark Horse Comics debuts Cat + Gamer (Neko Gurashi Gamer-san), from Shonen Sunday S. the gamer is Riko, an office lady who doesn’t have time for socializing when there’s games to be played. Then she picks up a stray cat. Can games help her figure out how to deal with a pet?

ASH: This is supposed to be pretty good.

MELINDA: I mean, it has a cat, so it automatically wins.

Lastly, Airship has, in print, Classroom of the Elite 11 and How a Realist Hero Rebuilt the Kingdom 14.

The digital-first debut is Modern Villainess: It’s Not Easy Building a Corporate Empire Before the Crash (Gendai Shakai de Otome Game no Akuyaku Reijou wo Suru no wa Chotto Taihen), whose gimmick is that our reincarnated villainess is not in a world of nobles and princes, but in Japan at the height of the economic boom! Can she use her future knowledge to avoid her fate and avoid the upcoming bursting of the bubble economy?

SEAN: And also in early digital: Classroom of the Elite 11.5 and The Haunted Bookstore – Gateway to a Parallel Universe 4.

What are you getting mom? Devil Ecstasy? Tales of a Fallen Vampire Queen? Or perhaps something more wholesome?