SEAN: It’s May! A time to smell the fresh air, get outside, and continue to wear a mask.

ASH: Pretty helpful for seasonal allergies among other things.

SEAN: Airship has a pile of new light novel titles (that we have seen in early digital releases already). The debut is Survival in Another World with My Mistress!, a classic ‘arrogant girl and harried guy’ fantasy. 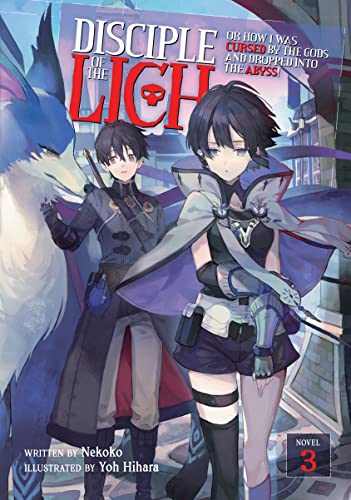 Airship also has print for Classroom of the Elite 11, Disciple of the Lich: Or How I Was Cursed by the Gods and Dropped Into the Abyss! 3, Drugstore in Another World: The Slow Life of a Cheat Pharmacist 5, The Haunted Bookstore – Gateway to a Parallel Universe 3, and Reincarnated as a Dragon Hatchling 3.

We also get early digital volumes for Accomplishments of the Duke’s Daughter 5 and Trapped in a Dating Sim: The World of Otome Games is Tough for Mobs 6.

Dark Horse gives us the 8th volume of Mob Psycho 100.

ASH: Oh! I’ll need to catch up with that.

SEAN: Ghost Ship debuts Survival in Another World with My Mistress! (Goshujin-sama to Yuku Isekai Survival!), which may be familiar from a few lines up. This runs in Micro Magazine’s Comic Ride.

They’ve also got Fire in His Fingertips: A Flirty Fireman Ravishes Me with His Smoldering Gaze 3.

SEAN: In print, J-Novel Club has the 7th manga volume of I Shall Survive Using Potions!.

Digitally, we see An Archdemon’s Dilemma: How to Love Your Elf Bride 13, Ascendance of a Bookworm’s 12th manga volume, Full Clearing Another World under a Goddess with Zero Believers 3, Jessica Bannister 5, My Quiet Blacksmith Life in Another World 2, My Stepmom’s Daughter Is My Ex 2, To Another World… with Land Mines! 2, and When Supernatural Battles Became Commonplace 2.

Kodansha is releasing a new version of Sailor Moon. This will have larger page counts and yet another updated translation. it seems to be print only.

SEAN: Kodansha, in print, also has the 2nd volume of Blackguard (that was fast), The Hero Life of a (Self-Proclaimed) “Mediocre” Demon! 4, When Will Ayumu Make His Move? 5, and a reprint of the classic Tezuka manga Ode to Kirihito in one 825-page tome.

ASH: That was fast! So I don’t feel as bad about already being behind. Also, still glad to see these Tezuka reprints coming out! 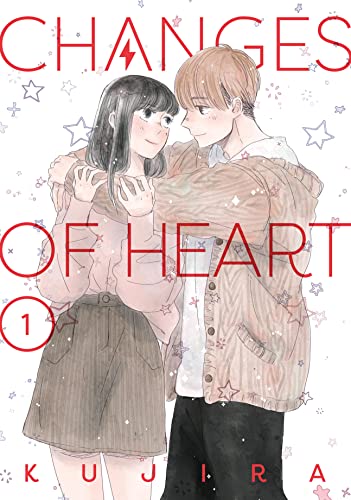 SEAN: Kodansha’s first digital debut is Changes of Heart (Honnou Switch), a josei series that ran in Kodansha’s Comic Tint, and is from the creator of A Witch’s Love at the End of the World. A woman who just got dumped ends up sleeping with her childhood friend, who surprises her by telling her he loves her. But her ex wants her back! The words “smutty potboiler” were made for series like these…

ANNA: I’m intrigued for sure.

The other debut is Oh, Those Hanazono Twins (Hanazono-sanchi no Futago-chan), a shonen title from Magazine Pocket. I would give a synopsis, but it’s a harem comedy describing the male lead as “so average it hurts”, so will not bother.

Also digital: The Abandoned Reincarnation Sage 2, A Couple of Cuckoos 7, Kounodori: Dr. Stork 23, the 6th and final volume of My Darling, the Company President, My Master Has No Tail 5, Sakura’s Dedication 2, Shangri-La Frontier 6, and Tying the Knot with an Amagami Sister 3.

One Peace has Farming Life in Another World 5.

The debut for Seven Seas is Witches: The Complete Collection (Majo), a manga from the creator of Children of the Sea. It ran in Shogakukan’s Ikki back in the day, and is a collection of award-winning and unsettling stories.

ASH: I am very excited for this one!

ANNA: Me too, although I don’t know if I want to be unsettled.

ASH: I suspect it’s one that I’d enjoy, too, once I get around to it.

SEAN: Tokyopop has a 3rd volume of Double.

Udon Entertainment has the 3rd and final volume of Persona 5: Mementos Mission. 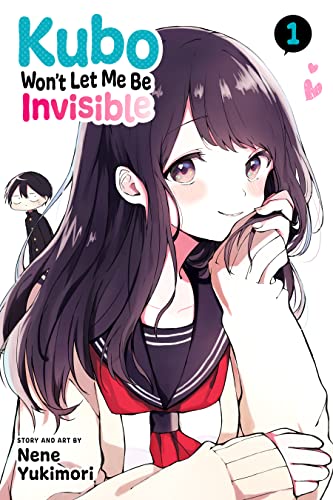 Viz has a relatively quiet May, with a lot of its main series on an off month. The debut is Kubo Won’t Let Me Be Invisible (Kubo-san wa Boku (Mobu) wo Yurusanai), another in the genre of ‘teasing girl and nondescript boy’ manga. It runs in Weekly Young Jump.

MICHELLE: I should really read The King’s Beast, too, having enjoyed the creator’s other work.

ASH: Same! I’ve a few volumes of the series on hand already; I just need to read them.

ANNA: I’ve read some of them and find it a bit too sad, but as expected very well done.

SEAN: There’s a pile of Yen On. The debut is Ishura, a light novel about the war to determine the next demon king. It sounds very shonen.

Also from Yen On: The Executioner and Her Way of Life 4, The Hero Laughs While Walking the Path of Vengeance a Second Time 2, Magical Explorer 2, Rascal Does Not Dream 7, Reign of the Seven Spellblades 5, Sabikui Bisco 2, Sword Art Online 24, and Torture Princess 8.

Lastly, Yen Press has Can’t Stop Cursing You 3, Kingdom Hearts III 2, Tales of Wedding Rings 10, and That Time I Got Reincarnated as a Slime: The Ways of the Monster Nation 7.