SEAN: The end of April means the end of innocence, getting ready for the boys of summer, and other things that are not Don Henley songs.

We start with Yen On, who have Cross-Dressing Villainess Cecilia Sylvie 2, In the Land of Leadale 5, and Orc Eroica 2. 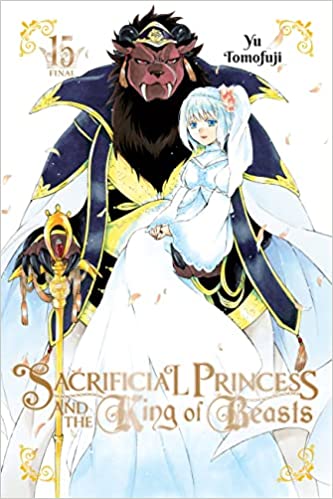 Yen Press has a whooole lot. We see A Certain Magical Index 25, Days on Fes 5 (the final volume), Dead Mount Death Play 7, Goblin Slayer 11, Golden Japanesque: A Splendid Yokohama Romance 5, Hinowa ga CRUSH! 6, I Was a Bottom-Tier Bureaucrat for 1,500 Years, and the Demon King Made Me a Minister 3 (also a final volume), In Another World with My Smartphone 5, I’ve Been Killing Slimes for 300 Years and Maxed Out My Level 8, Laid-Back Camp 11, Love of Kill 7, Please Put Them On, Takamine-san 3, Plunderer 9, The Royal Tutor 16, Sacrificial Princess and the King of Beasts 15 (also also a final volume), Sasaki and Miyano 5, Shibuya Goldfish 10, and Toilet-bound Hanako-kun 13. I am getting… well, two of those.

MICHELLE: I’m at least getting Sasaki and Miyano!

ANNA: Not much there for me, since I’m not super into bureaucrats for the Demon King killing slimes after their levels are maxed-out.

ASH: I really ought to catch up with Sacrificial Princess and the King of Beasts; I’ve enjoyed the volumes that I’ve read. Also Toilet-bound Hanako-kun!

SEAN: Tokyopop debuts Yagi the Bookshop Goat (Honya no Yagi-kun), a BL title from Chara about a goat boy who loves to read books… and eat books! No one trusts him in a bookstore, can he convince the wolf manager to give him a shot? Honestly, this looks damn cute.

ANNA: I don’t care how cute it is!

SEAN: Tentai Books has a print light novel debut. You Like Me, Don’t You? So, Wanna Go Out With Me? (Kimitte Watashi no Koto Suki Nandeshou?), another high school romance between a mopey guy and the perfect girl. This genre has gotten popular lately, though usually with more irony than this has. The author also writes Are You OK with a Slightly Older Girlfriend? and When Supernatural Battles Become Commonplace.

Square Enix has a 4th volume of Cherry Magic! Thirty Years of Virginity Can Make You a Wizard?!.

MICHELLE: I need to resume this series; the first volume was very good! 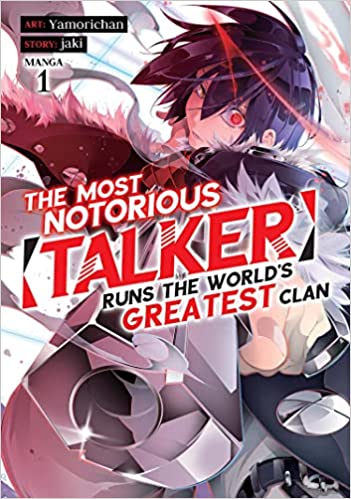 Seven Seas also has Cat Massage Therapy 2, The Dangers in My Heart 4, The Dungeon of Black Company 7, Headhunted to Another World: From Salaryman to Big Four! 3, Kingdom of Z 5, Our Teachers are Dating! 4 (the final volume), Skeleton Knight in Another World 8, and Time Stop Hero 4.

KUMA has two new titles. sick is a BL oneshot about a young college student. He’s handsome, popular, has all the girls he wants. So why can’t he stop teasing the shy boy in his class? This ran in Takeshobo’s Opa.

Also one volume is Boys of the Dead, which KUMA describes as ZOM-BL!, and I can’t top that. It ran in Canna.

MICHELLE: I am potentially here for ZOM-BL.

ASH: Honestly, I’ve enjoyed most of KUMA’s releases, so far.

MELINDA: Okay, also count me in as possibly here for ZOM-BL.

SEAN: Kodansha has some print debuts. First we see Blackguard, a horror series from the creator of Devils’ Line. A mysterious virus called shojo is attacking people and… no, it’s not turning them into shojo manga, it turns each person into an identical carrier. Presumably our hero fights back. Also, given the title, presumably he’s not very nice.

SEAN: We also get A Galaxy Next Door (Otonari ni Ginga), a new series from the creator of Sweetness and Lightning. A young manga artist struggling to feed his family finds himself a new assistant, who’s almost otherworldly… and also says they’re engaged. This runs in good! Afternoon.

MICHELLE: I can’t say I’m wild about the premise but there’s enough residual goodwill left over from Sweetness & Lightning that I’ll check it out.

ASH: Sweetness & Lightning was such a delight. 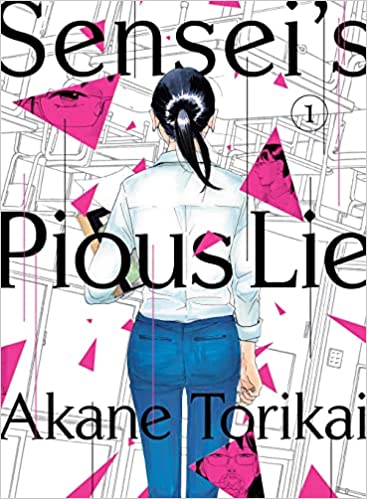 SEAN: And then there is Sensei’s Pious Lie (Sensei no Shiroi Uso), an 18+ series that ran in Morning Two. A young teacher is raped by her friend’s fiance, and struggles to keep it from her friend and also connect with her students. This has won awards, but as you might guess, is pretty intense and not for everyone.

ANNA: Way too heavy for me.

SEAN: Also out in print: EDENS ZERO 16, Hitorijime My Hero 12, and Something’s Wrong With Us 8.

The digital debut is WIND BREAKER, a new manga from Magazine Pocket. I can’t believe, 20-odd years after WORST bombed in English, we are finally getting another delinquent manga about beating the shit out of other students. Awesome.

ASH: Ha! I’ll admit, I do like delinquent manga.

SEAN: Also digital: Back When You Called Us Devils 12 (the final volume), Bootsleg 2, Even Given the Worthless “Appraiser” Class, I’m Actually the Strongest 4, Getting Closer to You 2, and Harem Marriage 16.

Kaiten Books has a digital release, the 3rd and final volume of My Dad’s the Queen of All VTubers?!.

J-Novel Club has the 9th and final volume of Can Someone Please Explain What’s Going On?!, Fantasy Inbound 2, Maddrax 3, and Saint? No! I’m Just a Passing Beast Tamer! 2. On the manga side, we see Der Werwolf: The Annals of Veight -Origins- 6, Villainess: Reloaded! Blowing Away Bad Ends with Modern Weapons 4, and Welcome to Japan, Ms. Elf! 5.

Ghost Ship has a 3rd and final volume of Shiori’s Diary, as well as Yuuna and the Haunted Hot Springs 19.

Cross Infinite World gives us a 2nd volume of I Reincarnated As Evil Alice, So the Only Thing I’m Courting Is Death!.

Finally, Airship has the print debut of The Most Heretical Last Boss Queen: From Villainess to Savior, as well as Kuma Kuma Kuma Bear 9, Reborn as a Space Mercenary: I Woke Up Piloting the Strongest Starship! 4, and Reincarnated as a Dragon Hatchling 3.

And we see early digital volumes for Kuma Kuma Kuma Bear 10 and The Most Heretical Last Boss Queen: From Villainess to Savior 2.

Want to buy manga? Or all you want to do is dance?