SEAN: Are you buying manga, or eating the ears off your easter bunnies?

ABLAZE Comics has a Collected Edition of the Space Pirate Captain Harlock comics they released with the artist Jérôme Alquié. It’s a hardcover and comes with extras.

ASH: Oh! I had completely missed this when it was first being serialized. A good time to check it out, it would seem. 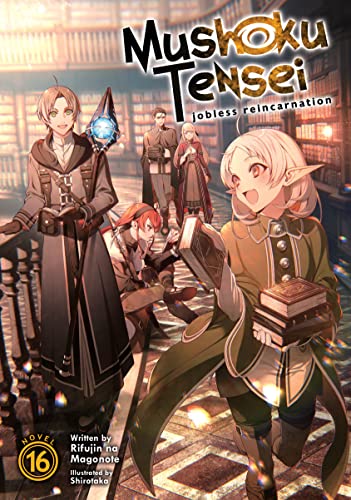 SEAN: Airship has but one title, an early digital release of Mushoku Tensei: Jobless Reincarnation 16.

Cross Infinite World has the 3rd volume of Apocalypse Bringer Mynoghra: World Conquest Starts with the Civilization of Ruin.

MICHELLE: Alas, I haven’t even finished the first one yet!

ASH: Same, although it is the next one on my list. Better get reading!

ANNA: Me either! Already behind!

SEAN: Ghost Ship has a 2nd volume of 2.5 Dimensional Seduction and also a 2nd of Cat in a Hot Girls’ Dorm.

J-Novel Club has a bunch of print. The debut is The Faraway Paladin, which is getting a hardcover edition. Also in print: By the Grace of the Gods 8, Her Majesty’s Swarm 3, I Shall Survive Using Potions! 7, In Another World With My Smartphone 21, Seirei Gensouki: Spirit Chronicles Omnibus 5, Slayers Omnibus 2 (also a hardcover), and The Unwanted Undead Adventurer 5.

ASH: I have been waiting for the print edition of The Faraway Paladin! Glad to see it finally coming out. 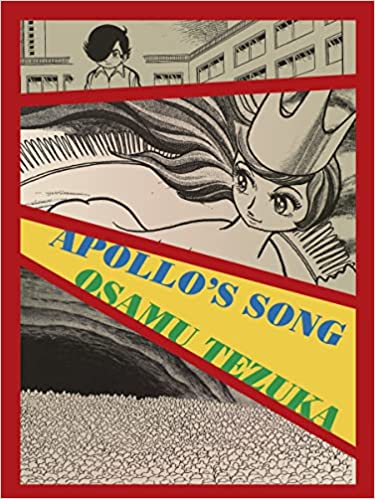 Kodansha has a new omnibus edition of Apollo’s Song out next week. From the God of Manga, Osamu Tezuka, this is definitely more on the adult side of his career. Apollo’s Song explores the meaning of love by depressing the hell out of you. It originally ran in Shonen Gahosha’s Shonen King.

ASH: The fact that publishers other than DMP are releasing (or re-releasing) Tezuka manga again can only be a good thing.

The digital debut is Irresistible Mistakes (Ano Yoru Kara Kimi ni Koishiteta), a josei title from Comic Tint based on an otome game. A girl flees a hotel room after a one night stand with no memory of the night before. Who did she sleep with?

Also digital: Am I Actually the Strongest? 6, I’ll Be with Them Again Today 2, The Lines that Define Me 4 (the final volume), Medalist 4, Mr. Bride 5, Our Fake Marriage 9, Piano Duo for the Left Hand 2, The Prince’s Romance Gambit 10, and Tesla Note 4. Everyone should read Medalist.

MICHELLE: I really should.

MELINDA: Oh? I’ll have to check it out!

SEAN: One Peace has the third manga volume of Higehiro: After Being Rejected, I Shaved and Took in a High School Runaway. 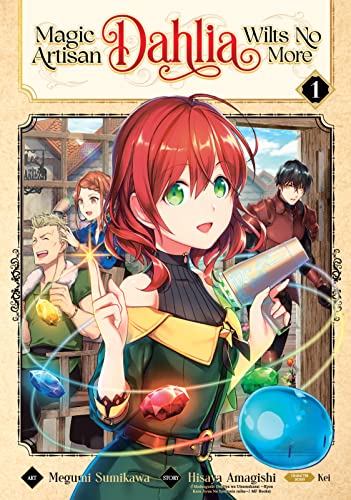 ASH: I initially misread “fresh” as “flesh” and that’s an entirely different manga.

SEAN: We also get Bite Maker: The King’s Omega 4, Kageki Shojo!! 5, Magika Swordsman and Summoner 15, My Senpai is Annoying 7, Necromance 3, The Savior’s Book Café Story in Another World 2, Skip and Loafer 4, Tamamo-chan’s a Fox! 5, and Trapped in a Dating Sim: The World of Otome Games is Tough for Mobs 4.

MICHELLE: I also really should read Kageki Shojo!! and Skip and Loafer.

ASH: I likewise have some catching up to do…

SEAN: Square Enix has The Great Jahy Will Not Be Defeated! 2.

Tokyopop debuts Alice in Kyoto Forest (Kyouraku no Mori no Alice), the 179th title that ends in “no Mori no Alice” that I know of. A girl runs away to Kyoto to try to become a geisha, but finds it’s totally different than what she remembers! This was originally a webcomic, and was picked up by Mag Garden’s MAGKAN.

Viz has the 4th and final volume of No. 5, as well as Asadora! 5 and Record of Ragnarok 2.

ASH: So happy to have the entirety of No. 5 in print this time! 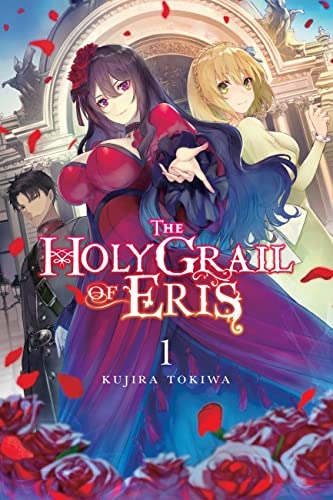 Yen On has two debuts. The Holy Grail of Eris (Eris no Seihai) has a young girl about to be framed for a crime she didn’t commit. She allows the ghost of a former noblewoman to possess her to solve the problem. Unfortunately, the ghost is now out for revenge on the ones who killed her a decade ago, and won’t give up her new body!

SEAN: The other debut is The Vexations of a Shut-In Vampire Princess (Hikikomari Kyuuketsuki no Monmon) is about, you guessed it, a shut-in vampire princess. Weak and reviled by her peers for not drinking blood, now she has to lead an army of miscreants.

Also from Yen On: Bottom-Tier Character Tomozaki 8, The Devil Is a Part-Timer! 21 (the final volume), and Konosuba: God’s Blessing on This Wonderful World! 16.

SEAN: Easter is here and A Bride’s Story has risen from its hiatus! What are you buying?