SEAN: April, the most important month of the year! What manga could be coming out?

MICHELLE: In which two particular manga reviewers just happened to be born!

SEAN: Airship, in print, has I Am Blue, in Pain, and Fragile, which we discussed last week, as well as Mushoku Tensei: Jobless Reincarnation 16.

ASH: I much more likely to read I Am Blue, in Pain, and Fragile now that it’ll be in print. (That was a pretty quick turnaround!)

SEAN: For early digital editions, they have Berserk of Gluttony 6 and Classroom of the Elite 11. 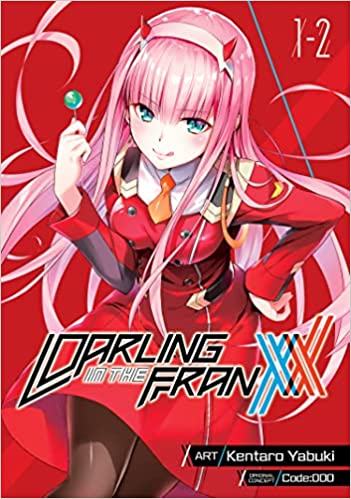 From Ghost Ship we have a new debut. DARLING in the FRANXX ran in Shonen Jump + and is coming out here in two-volume omnibuses. Post-apocalypse children pilot giant robots. It has an anime. And it’s by the artist of To-Love-Ru.

ASH: I’ll admit I wasn’t paying very close attention, but don’t think I realized this was a Ghost Ship title until now.

SEAN: We also get Into the Deepest, Most Unknowable Dungeon 2 and Who Wants to Marry a Billionaire? 2.

Some digital stuff from J-Novel Club. We see Black Summoner 8, the 7th manga volume of Campfire Cooking in Another World with My Absurd Skill, The Emperor’s Lady-in-Waiting Is Wanted as a Bride 4 (the final volume), Infinite Dendrogram 17, Min-Maxing My TRPG Build in Another World 3, Perry Rhodan NEO 7, The Reincarnated Princess Spends Another Day Skipping Story Routes 3, Slayers 13, A Wild Last Boss Appeared! 8, and The World’s Least Interesting Master Swordsman 8.

MICHELLE: Jeez, how did Those Not-So-Sweet Boys get up to volume 6 already!

ASH: Gotta love it when the print runs converge! 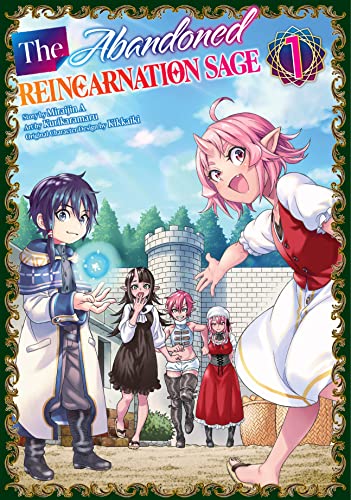 SEAN: There are two digital debuts. The Abandoned Reincarnation Sage (Suterareta Tensei Kenja – Mamono no Mori de Saikyou no Daima Teikoku o Tsukuriageru) is a sensibly shortened title, and also a manga that runs in Magazine Pocket. Powerful sage reincarnates… and is promptly abandoned, as a baby. Fortunately, he’s found by a nearby tribe… of goblins!

The Angel, the Devil, and Me (Otonari wa Tenshi to Akuma) is a single volume shoujo title from The Dessert. Girl meets her new neighbors… and of crap, they’re hot! Should she make a move on them… or should she SHIP them? This is from the creator of Boss Wife.

SEAN: Also digital: Chihayafuru 31, The Decagon House Murders 4, I Was Reincarnated as the 7th Prince so I Can Take My Time Perfecting My Magical Ability 5, Kounodori: Dr. Stork 22, My Darling, the Company President 5, and My Idol Sits the Next Desk Over! 4.

MICHELLE: I need to have a Chihayafuru marathon.

ANNA: Me too. I regard it as an indication that I’m a failure as a person.

SEAN: One Peace has the 9th volume of The New Gate.

Debuting from Seven Seas is The Most Heretical Last Boss Queen: From Villainess to Savior (Higeki no Genkyou to naru Saikyou Gedou Rasubosu Joou wa Min no tame ni Tsukushimasu), the manga version of the light novel which Seven Seas also puts out. It runs in Comic Zero-Sum.

Seven Seas also has Failed Princesses 5, Berserk of Gluttony 5, Even Though We’re Adults 4, Haganai: I Don’t Have Many Friends 20 (the final volume), Machimaho: I Messed Up and Made the Wrong Person Into a Magical Girl! 9, and Rozi in the Labyrinth 3 (also the final volume).

ASH: I really need to read more of Even Though We’re Adults. 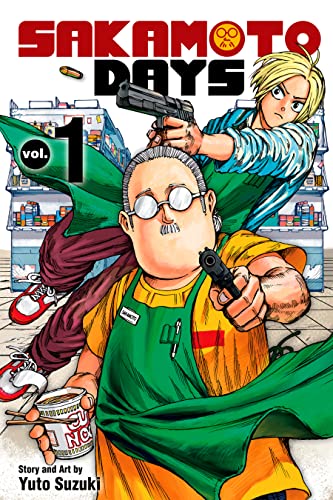 SEAN: Viz has a debut next week, coming from Shonen Jump. It’s Sakamoto Days, the story of a legendary assassin who fell in love, got married, got older, and put on weight. But does he still have the old skills? Signs point to yes.

ANNA: I will usually read at least one volume of an assassination manga.

MICHELLE: Holy cow, that’s a ton of great stuff. My heart, as ever, belongs to Skip Beat!, though.

ANNA: Me too! A new volume of Skip Beat! is always cause for celebration.

SEAN: Plenty of light novels from Yen On. We see Date a Live 5, Death March to the Parallel World Rhapsody 16, The Detective Is Already Dead 3, I Kept Pressing the 100-Million-Year Button and Came Out on Top 2, The Otherworlder, Exploring the Dungeon 2, Solo Leveling 4, and That Time I Got Reincarnated as a Slime 13. Strangely, given my usual reading, I am getting none of these.

ASH: I’ve been meaning to give one version or another of Solo Leveling a try, but I simply haven’t got around to it yet.

SEAN: As for Yen Press, the debut is Banished from the Hero’s Party, I Decided to Live a Quiet Life in the Countryside (Shin no Nakama Janai to Yuusha no Party o Oidasareta node, Henkyou de Slow Life Suru Koto ni Shimashita). We’ve had the light novel, we’ve had the anime, now let’s have the manga. It runs in Comic Walker.

And we also get the 4th and final volume of Little Miss P.

Come on, come on. Decide! Pick a favorite!