SEAN: Traditionally, February is the most depressing month of the year. Let’s find some manga to cheer you up.

ASH: Sounds good to me!

MICHELLE: I need to get caught back up on Yona!

ASH: It’s such a great series! I’m happy to get my hands on more of JoJo’s, too.

ANNA: Always love to see Yona on the release list.
‘
SEAN: Tokyopop gives us the 6th and final volume of Laughing Under the Clouds, though there are prequels and sequels as yet unlicensed.

MICHELLE: Hey, they finished something! 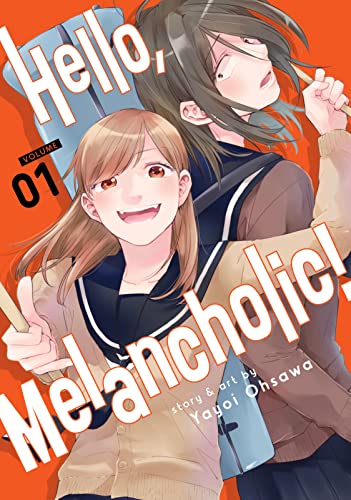 Also in a yuri vein is Hello, Melancholic!, also from Ichijinsha. Tall but shy trombone players. It’s already won me over just with that.

MICHELLE: The cover for this is super cute!

ASH: I am so here for this one.

SEAN: And we get Dance in the Vampire Bund: Age of Scarlet Order 5, I’m in Love with the Villainess 2, Muscles are Better Than Magic! 4 (a final volume), Reborn as a Barrier Master 2, and THIGH HIGH: Reiwa Hanamaru Academy 3 (also a final volume).

ASH: I’ve been meaning to give Thigh High a try.

SEAN: One Peace has the 7th The Reprise of the Spear Hero manga.

Kodansha has the, um, 9th volume of Knight of the Ice a week after the 8th. Huh. It also debuts The Seven Deadly Sins in omnibus format, with Vol. 1-3. And we get Orient 7, Peach Boy Riverside 5, and Vampire Dormitory 3.

ANNA: Looking forward to binging on Knight of the Ice.

SEAN: Digitally we get a huge re-release of an old favorite, especially with Kodansha’s Japanese arm, which keep hoping it will get popular again. GTO, aka Great Teacher Onizuka, is back. All 25 volumes of the original series, and the 9 volumes of semi-sequel 14 Days in Shonan are available digitally. Yes, only digitally, come on, I know Attack on Titan sells well, but not well enough to justify so much print. I loved Onizuka back in the day, though I suspect he may be a bit less fun these days. Also, looking at the preview, this looks to just be a straight-up scan of the old Tokyopop version.

ASH: I largely enjoyed it back in the day, too. Glad to see it available again in some fashion!

MELINDA: Oh, this is great!

SEAN: The new digital debut is Lightning and Romance (Inazuma to Romance), a Betsufure series from the creator of Kiss Me at the Stroke of Midnight. Girl wants a high school romance, but her new seatmate is… 20 years old? 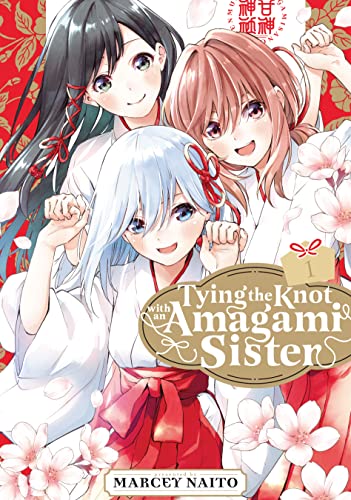 Also debuting digitally is Tying the Knot with an Amagami Sister (Amagami-san Chi no Enmusubi). It is a Weekly Shonen Magazine title from one of the assistants of The Quintessential Quintuplets… and sounding a lot like it. A guy trying to get into medical school is allowed to stay at a shrine… provided he marries one of the beautiful daughters that live there.

Also out digitally: the 4th and final volume of Ashidaka: The Iron Hero, Chihayafuru 30, A Condition Called Love 9, Kounodori: Dr. Stork 20, My Darling, the Company President 3, My Idol Sits the Next Desk Over! 2, and My Master Has No Tail 3.

ANNA: I’m so far behind on Chihayafuru, but vow that one day I will catch up.

SEAN: In print, J-Novel Club has My Friend’s Little Sister Has It In For Me! 2, Tearmoon Empire 3, and The White Cat’s Revenge as Plotted from the Dragon King’s Lap 2.

A rare manga-only week for J-Novel Club’s digital side. Campfire Cooking in Another World with My Absurd Skill 6, I Shall Survive Using Potions! 8, Sorcerous Stabber Orphen: The Reckless Journey 5, and Villainess: Reloaded! Blowing Away Bad Ends with Modern Weapons 3.

Airship has print releases for Disciple of the Lich: Or How I Was Cursed by the Gods and Dropped Into the Abyss! 2, Grimgar of Fantasy and Ash 17, and The NPCs in this Village Sim Game Must Be Real! 2.

Digitally, Airship has early digital for I’m the Evil Lord of an Intergalactic Empire! 2 and Reincarnated as a Sword 10.