SEAN: The third week of January brings many and varied things to help warm us up in these cold nights.

Yen On has three debuts. Dragon and Ceremony (Ryu to Sairei) stars a wandmaker who has to repair a wand within a time limit. The trouble is, it needs the heart of a dragon… which haven’t been seen for centuries!

ASH: Wait, is that a non-isekai fantasy novel? 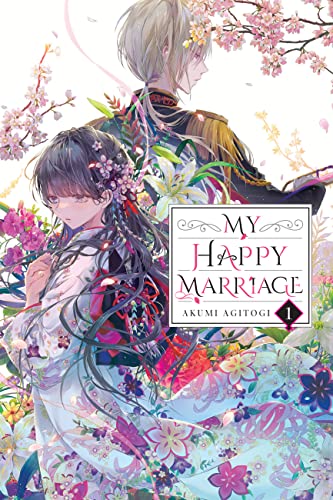 SEAN: The second debut is My Happy Marriage (Watashi no Shiawase na Kekkon). A noble who has endured abuse from her family most of her life is married off to a cold, uncaring soldier. But will this turn out to be a wonderful pairing after all? I’ve heard good things about this.

SEAN: The third title is Sabikui Bisco, which was briefly Rust-Eater Bisco until it was decided to keep the Japanese. Our heroes try to find a miracle cure in the middle of a post-apocalyptic desert. This sounds very, very Shonen Jump, and was very popular in Japan when it first came out.

SEAN: We also see Bofuri: I Don’t Want to Get Hurt, so I’ll Max Out My Defense 4, Bungo Stray Dogs 7, The The Irregular at Magic High School 18 (I will die on this running gag hill), I’ve Been Killing Slimes for 300 Years and Maxed Out My Level 11, Magical Girl Raising Project 12, The Saga of Tanya the Evil 9, So I’m a Spider, So What? 13, Sword Art Online Progressive 7, and You Call That Service? 5. 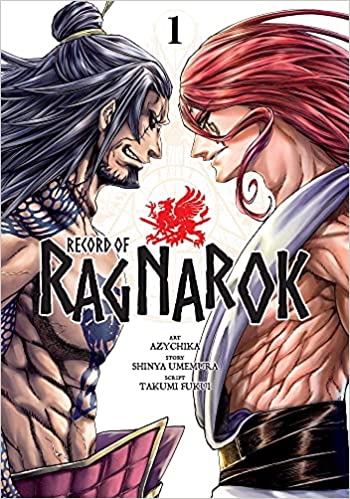 SEAN: Viz debuts Record of Ragnarok (Shuumatsu no Walküre), which runs in Comic Zenon. Do you like muscles? Do you like martial arts? Do you like tournament arcs? This is the manga for you.

ASH: I will admit to being curious.

MELINDA: Another maybe for me!

MICHELLE: I need to get caught up on The Way of the Househusband.

ASH: Same. I’ve loved what I’ve read so far, though!

ANNA: It is so great.

SEAN: Udon Entertainment has the 3rd and final omnibus of Steins;Gate 0.

Tokyopop has Her Royal Highness Seems to be Angry 3.

Seven Seas has a spinoff debuting: Reincarnated as a Sword: Another Wish (Tensei Shitara Ken Deshita Another Wish). I’m… not sure how it differs from the main series, but hey.

They also have a rare Mature title that isn’t Ghost Ship: Succubus and Hitman. It runs in… oh dear. It runs in Champion Red, and is about a succubus who forces a college student to murder the wicked. The lack of sex keeps this on the main label, I think.

Also from Seven Seas: Bloom Into You Anthology 2, The Ideal Sponger Life 10, Love Me for Who I Am 5 (the final volume), Miss Kobayashi’s Dragon Maid: Kanna’s Daily Life 9, Monster Guild: The Dark Lord’s (No-Good) Comeback! 2, No Matter What You Say, Furi-san is Scary! 2, The NPCs in this Village Sim Game Must Be Real! 2, Slow Life In Another World (I Wish!) 2, and Species Domain 12 (also a final volume). 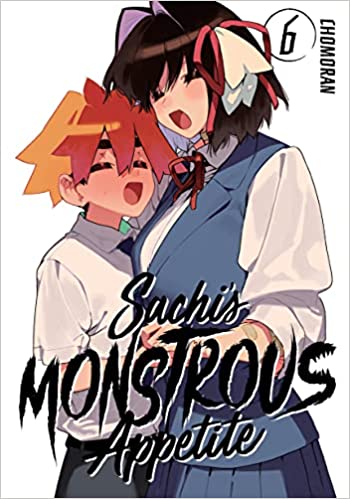 In print, Kodansha has 10 Dance 6, APOSIMZ 8, Sachi’s Monstrous Appetite 6 (the final volume), Toppu GP 6, and When Will Ayumu Make His Move? 3.

MELINDA: I am depressed to be so far behind in 10 Dance, but I guess I need to fix that!

SEAN: Kodansha did one of their “let’s announce the day before release to screw Sean up” announcements. Out already is MF Ghost, which focuses on the MFG racing circuit, and is from the creator of Initial D. No, the MF is not what you’re thinking. It runs in Young Magazine, and 10 volumes are now available.

MELINDA: I wish more things with “ghost” in the title were actually about ghosts. I like ghosts.

SEAN: The digital debut for next week is The Lines that Define Me (Sen wa, Boku wo Egaku), a Weekly Shonen Magazine title about the joys of India-ink painting. The mere fact that a title like this can get licensed these days is a joy.

ASH: It really is.

SEAN: Also digital: And Yet, You Are So Sweet 5, Blue Lock 11, Hozuki’s Coolheadedness 6, My Darling Next Door 4, Saint Young Men 15, and Yozakura Quartet 28, which Kodansha says is the final volume, though I can’t verify that. Remember when Yozakura Quartet 1 came out? From Del Rey?

MICHELLE: I sure do. 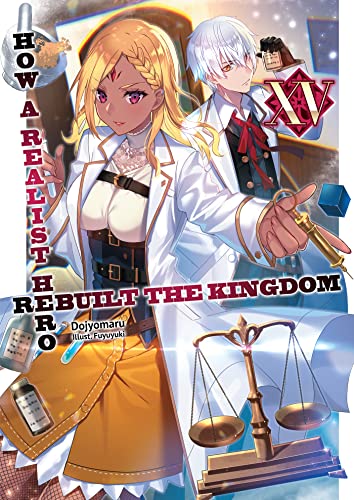 SEAN: J-Novel Club has Altina the Sword Princess 12, Can Someone Please Explain What’s Going On?! 8, Endo and Kobayashi Live! The Latest on Tsundere Villainess Lieselotte 2 (the final volume), The Great Cleric 6, How a Realist Hero Rebuilt the Kingdom 15, Maddrax 2, Slayers 12, and The White Cat’s Revenge as Plotted from the Dragon King’s Lap 6 (which is a surprise to me, as I was sure 5 was the last).

Ghost Ship has a 2nd volume of Desire Pandora.

And Airship has 4 new light novel volumes in print. Drugstore in Another World: The Slow Life of a Cheat Pharmacist 4, Mushoku Tensei: Jobless Reincarnation 14, Reborn as a Space Mercenary: I Woke Up Piloting the Strongest Starship! 3, and The Strange Adventure of a Broke Mercenary 3.

While digitally we get Accomplishments of the Duke’s Daughter 4 and Trapped in a Dating Sim: The World of Otome Games is Tough for Mobs 5.