SEAN: It’s the last week of 2021, what are publishers squeezing out the door?

Airship gives us How a Realist Hero Rebuilt the Kingdom 13 in print and Kuma Kuma Kuma Bear 8 in early digital. 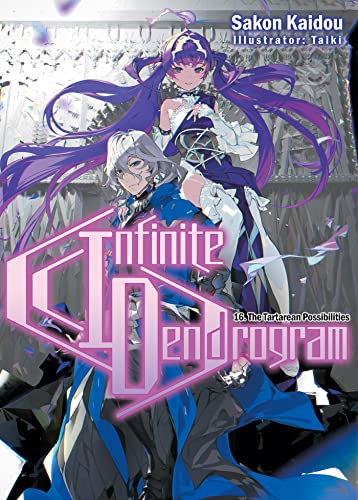 J-Novel Club puts out Infinite Dendrogram 16, John Sinclair: Demon Hunter 5, The Magic in this Other World is Too Far Behind! 8 (manga), Mapping: The Trash-Tier Skill That Got Me Into a Top-Tier Party 3 (manga), Perry Rhodan NEO 5, and Welcome to Japan, Ms. Elf! 4 (manga).

ASH: Perfect World got away from me! I’ve apparently fallen a bit behind.

SEAN: Digitally the debut is Her Majesty’s Swarm (Joou Heika no Isekai Senryaku), which runs in Suiyoubi no Sirius. Based on the light novel released here by J-Novel Club, it’s about a college girl who loves strategy games who suddenly finds herself inside of one… as the leader of the spider monsters!

SEAN: We also get Back When You Called Us Devils 8, Chihiro-kun Only Has Eyes for Me 5, DAYS 27, Elegant Yokai Apartment Life 22, Even Given the Worthless “Appraiser” Class, I’m Actually the Strongest 2, Harem Marriage 12, The Iceblade Sorcerer Shall Rule the World 2, My Boyfriend in Orange 11, Saint Cecilia and Pastor Lawrence 7, That’s My Atypical Girl 3, and With You and the Rain 2.

MICHELLE: I need to catch up on DAYS. 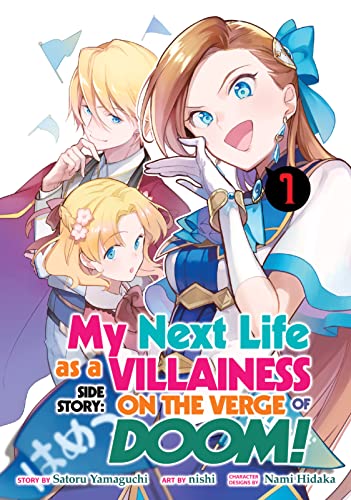 SEAN: Seven Seas debuts a new spinoff: My Next Life as a Villainess Side Story: On the Verge of Doom!. Our heroine is reborn as Katarina Claes, the villain of her favorite otome game, as per usual. Only… she’s already in school and bullying the heroine! How can she avoid death when she doesn’t have years to fix everything? This runs in Zero Sum Online.

Seven Seas also has Otaku Elf 3 and The Legend of Dororo and Hyakkimaru 4.

ASH: It’s been interesting to see another creator’s take on Dororo (one of my favorite Tezuka tales).

SEAN: Udon has the 9th volume of Otherworldly Izakaya Nobu.

Yen On debuts a title whose manga came out here last week: The Hero Laughs While Walking the Path of Vengeance a Second Time (Nidome no Yuusha wa Fukushuu no Michi wo Warai Ayumu). It seems to contain everything I hate about light novels. But I’m sure people who are not me will enjoy it.

ASH: It takes all kinds!

SEAN: Lastly, Yen Press gives us Fiancée of the Wizard 4 (the final volume), I Was a Bottom-Tier Bureaucrat for 1,500 Years, and the Demon King Made Me a Minister 2, Is It Wrong to Try to Pick Up Girls in a Dungeon? On the Side: Sword Oratoria 16, Love and Heart 4, Re:ZERO -Starting Life in Another World-, Chapter 4: The Sanctuary and the Witch of Greed 2, Sacrificial Princess and the King of Beasts 14, and Val x Love 10.

ASH: I’ve been meaning to give Fiancée of the Wizard a try, so this might be the ideal time to finally get around to doing that.

SEAN: That’s a relatively light week! What are you buying?

MICHELLE: Honestly, not much!

ANNA: Nothing for me, going to catch up on all the unread manga piles in my house.