SEAN: No time to lose! What manga is out next week? 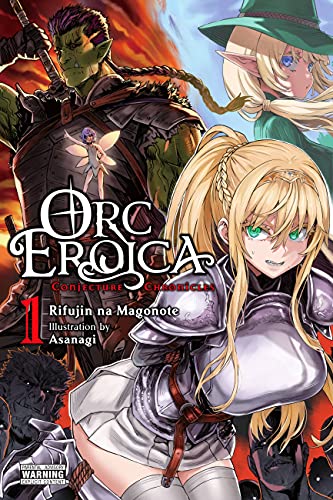 SEAN: Yen On has one title, a debut. Orc Eroica is a new light novel series about an orc who, after doing nothing but fight and win battles for years, finally realizes he’s still a virgin! He needs to find a wife and lose his V-card! I’ve been told this is much better than it sounds, which frankly would not be hard to achieve given the bar is lying on the ground.

MICHELLE: Hee (at the bar, not the concept).

MELINDA: I guess, on the upside, virgin orc shenanigans are a unique, new niche?

SEAN: Yen Press debuts two new manga titles. The Eminence in Shadow (Kage no Jitsuryokusha ni Naritakute) is an adaptation of the light novel and runs in Comp Ace. It’s not as good as I think fans think it is, but it’s still fun.

And it’s back. Puella Magi Madoka Magica: Wraith Arc (Mahou Shoujo Madoka Magica – Majuu Hen) is a spinoff, this time in the original continuity, which takes place between the TV series and the movie.

ASH: I’ve been meaning to give Mieruko-chan a try—better get on that before I get too far behind!

SEAN: Square Enix gives us I Think Our Son Is Gay 2 and The Strongest Sage with the Weakest Crest 6.

MICHELLE: Hooray for the former. Not that I ever managed to read volume one.

ASH: The first volume of I Think Our Son Is Gay was truly wonderful.

ANNA: This makes me want to check it out!

MELINDA: Ah! Looking forward to another volume of I Think Our Son Is Gay! 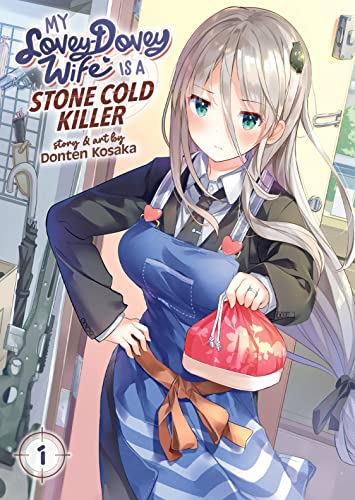 SEAN: Two debuts from Seven Seas. My Lovey-Dovey Wife is a Stone Cold Killer (Haikei… Koroshiya-san to Kekkon Shimashita) is a Comic Cune title about a killer assassin who also happens to be a loving wife. The emphasis is on the comedy here.

SEAN: The other debut, complete in one volume, is Restart After Coming Back Home (Restart wa Tadaima no Ato de), a BL title about a man forced to move back home after losing his job, and how he meets another young man who was adopted by the community while he was away.

MICHELLE: I’m very much looking forward to this one!

ASH: Oh! I do like the sound of this one.

MELINDA: Here for it!

SEAN: Seven Seas also has Chillin’ in Another World with Level 2 Super Cheat Powers 2, Dungeon Toilet 2, the 16th and final volume of Magical Girl Site (did it kill them all off at last?), The Masterful Cat Is Depressed Again Today 2, My Androgynous Boyfriend 3, My Next Life as a Villainess: All Routes Lead to Doom! 6, My Room Is a Dungeon Rest Stop 5, the 4th and final volume of Nicola Traveling Around the Demons’ World, School Zone Girls 3, and Skip and Loafer 2.

ASH: Lots of interesting things in that mix, but Nicola Traveling Around the Demons’ World is the one that has most of my attention.

ANNA: I have the first two volumes on my to read pile.

SEAN: Kodansha has a treat for anyone who didn’t get Vertical’s original release: nichijou 15th anniversary box set! (Capitalization deliberate.)

Kodansha, in print, gives us Beauty and the Beast of Paradise Lost 2, Cardcaptor Sakura Collector’s Edition 9, Interviews with Monster Girls 9, Living-Room Matsunaga-san 8, That Time I Got Reincarnated as a Slime: Trinity in Tempest 4, and What Did You Eat Yesterday? 17.

MICHELLE: Insert obligatory What Did You Eat Yesterday? squee. 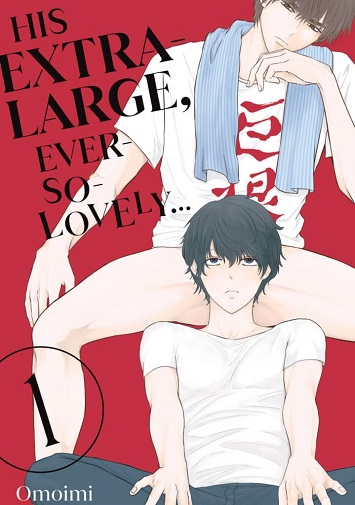 SEAN: Digitally we have three debuts. His Extra-Large, Ever-So-Lovely… (Itoshi no XL Size) is a BL title from Ichijinsha’s Gateau about two men who meet at a college club. One confesses to the other that he’s still a virgin because his dick is simply too big. Well, we’ll soon see about that! (No, I’m not making this up. Is AO3 outsourcing to manga creators now?)

MELINDA: Is he an ORC, though?

SEAN: Also on the BL tip (and also in Gateau) is Sugar Dog Life, about a short baby-faced guy and the tall manly police officer he meets.

MICHELLE: Okay, this is more my speed.

SEAN: The final debut is With You and the Rain (Ame to Kimi to), about a girl who adopts a…dog? Sure, we’ll go with dog. Not a tanuki at all. This runs in Young Magazine.

MELINDA: There are a lot of tanuki in the game I’m playing, which makes me interested in this for no good reason.

SEAN: We also get Back When You Called Us Devils 7, Chihiro-kun Only Has Eyes for Me 4, Harem Marriage 11, and Saint Cecilia and Pastor Lawrence 6.

It’s a small week for J-Novel Club, as we see My Daughter Left the Nest and Returned an S-Rank Adventurer 2, Record of Wortenia War 13, and Slayers 11.

Lastly, Airship has several print titles. We see Drugstore in Another World 3, Reborn as a Space Mercenary 2, Reincarnated As a Dragon Hatchling 2, and The Saint’s Magic Power Is Omnipotent 4.

And in early digital we get Mushoku Tensei 14 and The Saint’s Magic Power Is Omnipotent 5.

What are you going to get? Speak now or forever hold your peace.