SEAN: It’s so hard to hold a manga in the cold November rain…

We start with Yen On, which has a new light novel debut: I Kept Pressing the 100-Million-Year Button and Came Out on Top (Ichiokunen Button o Rendashita Ore wa, Kidzuitara Saikyou ni Natteita ~Rakudai Kenshi no Gakuin Musou~). The story of a failure of a swordsman who gets one of the cheatiest cheats ever, though he comes to regret it.

There’s also new releases from many of Yen On’s biggest titles. We see Accel World 25, Re: ZERO -Starting Life in Another World- 17, Sword Art Online 23, Sword Art Online Alternative: Gun Gale Online 10, and That Time I Got Reincarnated as a Slime 12.

Yen Press’s debut is a spinoff: So I’m a Spider, So What? The Daily Lives of the Kumoko Sisters, a gag manga spinoff that runs in Young Ace UP!, featuring the four parallel minds of our spider heroine.

Yen also has Cirque du Freak Omnibus 4, The Elder Sister-Like One 5, the 10th and final volume of Happy Sugar Life, Hazure Skill: The Guild Member with a Worthless Skill Is Actually a Legendary Assassin 2, I’m a Behemoth, an S-Ranked Monster, but Mistaken for a Cat, I Live as an Elf Girl’s Pet 3, Konosuba: God’s Blessing on This Wonderful World! 12, Sasaki and Miyano 4, and Sex Ed 120% 2.

MICHELLE: Out of all of this, only Sasaki and Miyano is my sort of thing.

ASH: I think I’m likely of a similar mind, though I do vaguely remember Cirque du Freak being something I meant to check out way back when it was first being released.

SEAN: Viz has two new debuts. Frieren: Beyond Journey’s End (Sousou no Frieren) is a Shonen Sunday title. Our hero’s party has defeated the demon king. Now what? This is something the near immortal elf of the party, who is going to watch the other members age and die, wants to find out. This one is award winning and everyone seems to love it. Can’t wait.

ASH: I am likewise intrigued! And I do like a good story about (near) immortals. 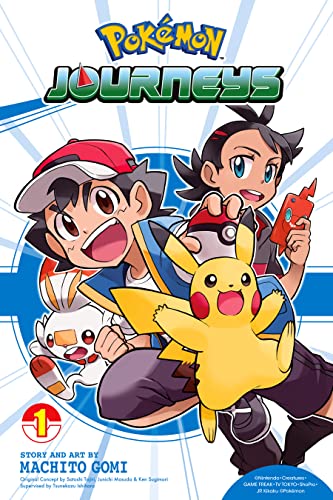 SEAN: The other debut is Pokémon Journeys, which is, well, a Pokemon manga. For fans of the genre.

And if you missed Demon Slayer: Kimetsu no Yaiba when it came out, we have the Demon Slayer Complete Box Set for you.

ASH: That’ll be nice to see!

MICHELLE: I still need to check out Mao.

ASH: I have the first volume! But haven’t actually read it yet…

SEAN: SuBLime has Birds of Shangri-La 2.

ASH: The artwork in this series is appealing, but I’m not completely sold on the story, yet.

SEAN: No debuts for Seven Seas proper (but see later on). We do get: Classmates 4, The Dangers in My Heart 3, Drugstore in Another World: The Slow Life of a Cheat Pharmacist 3, Gal Gohan 9, The Hidden Dungeon Only I Can Enter 4, How Heavy Are the Dumbbells You Lift? 8, I Got Caught Up In a Hero Summons, but the Other World was at Peace! 2, The Invincible Shovel 2, and My Wife Has No Emotion 2.

MICHELLE: I really will get caught up on Classmates this time.

ASH: It’s good; I’m really glad we got to see this series in English.

SEAN: One Peace has I Belong to the Baddest Girl at School 2.

ASH: I finally got my hands on the first volume and am looking forward to giving it a read. 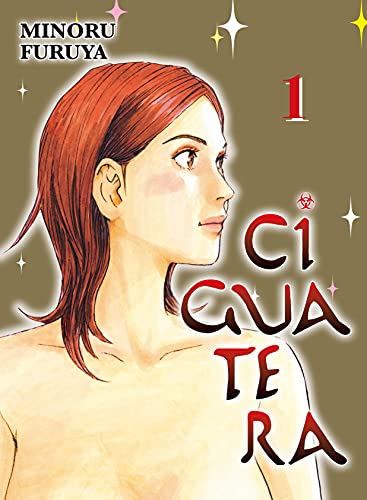 SEAN: Kodansha debuts Ciguatera, a manga by the legendary Minoru Furuya, author of Ping Pong Club. This ran in Young Magazine, and is about the pain and struggle (and tiny joys) of high school life. For fans of Inio Asano.

MICHELLE: Well, that last sentence is foreboding, but I’ll still probably check this out!

ANNA: I’m not sure how much I feel like being super depressed but I’m sure this is very good and critically acclaimed.

SEAN: And we get a spinoff debut, Rent-A-(Really Shy!)-Girlfriend (Kanojo, Hitomishirimasu), a Magazine Pocket title that focuses on Sumi.

SEAN: Digitally, get ready for ANOTHER Cells at Work spinoff. Cells at Work! White Brigade (Hataraku Saibou White) is from Shonen Sirius, and, well, focuses on the White Blood Cells.

ASH: I’ve lost track of all of the spinoffs, but I do like franchise.

SEAN: There’s also Ace of the Diamond 35, Police in a Pod 6, Shangri-La Frontier 4, Tokyo Revengers 23, The Witch and the Beast 7, and Yamaguchi-kun Isn’t So Bad 4.

MICHELLE: I will never fail to be happy about sports manga!

ANNA: Wish there was more in print! 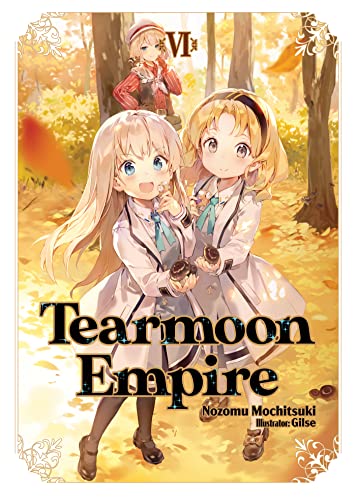 SEAN: J-Novel Club graces us with By the Grace of the Gods 9, Chillin’ in Another World with Level 2 Super Cheat Powers 2, The Ideal Sponger Life 5, Invaders of the Rokujouma!? 38, Jessica Bannister 3, and Tearmoon Empire 6, the most important of these.

Ghost Ship debuts Cat in a Hot Girls’ Dorm (Joshi Ryou Neko no Tama-san) from Manga Goraku. A women’s dorm adopts a cat, and the cat has a cat’s eye view of all their sexy goings-on!

Dark Horse has the 9th deluxe hardcover for Berserk.

Airship has a bunch of print titles. We get Accomplishments of the Duke’s Daughter 3, Adachi and Shimamura 7, Mushoku Tensei: Jobless Reincarnation 13, and She Professed Herself Pupil of the Wise Man 2.

And in early digital we get Failure Frame: I Became the Strongest and Annihilated Everything With Low-Level Spells 3.

What manga are you sobbing over in the rain?