SEAN: November is approaching, and the manga are falling like leaves.

Airship has three debuts in print. There’s I’m the Evil Lord of an intergalactic Empire!, Planet of the Orcs, and A Tale of the Secret Saint.

Also out in print is Berserk of Gluttony 4.

Digitally we see an early release of Vol. 2 of Reborn as a Space Mercenary: I Woke Up Piloting the Strongest Starship!.

Dark Horse has a 4th Blade of the Immortal Deluxe Edition.

ASH: I’m very happily upgrading my collection of the series to these beautiful volumes. 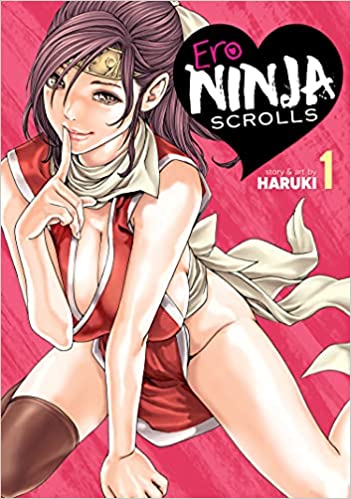 ASH: That doesn’t seem to be too uncommon of a combination.

J-Novel Club has some digital releases. We see Altina the Sword Princess 11, Can Someone Please Explain What’s Going On?! 7, The Great Cleric 5, Marginal Operation’s 10th manga volume, My Instant Death Ability Is So Overpowered, No One in This Other World Stands a Chance Against Me! 7, and Perry Rhodan NEO 4.

Some print for Kodansha. We see the 6th Attack on Titan Colossal Edition and the 5th and final box set of Fairy Tail. There’s also Battle Angel Alita 3, Peach Boy Riverside 3 and Shikimori’s Not Just a Cutie 6.

SEAN: Digitally we get a new Cells At Work spinoff, Neo Bacteria! This is from the same author as the main Bacteria spinoff, and also ran in Nakayoshi. It’s done in one, and features the cells trying to help a girl confess to the one she likes. What even is this franchise anymore?

Also digitally, we get Fate/Grand Order -Epic of Remnant- Pseudo-Singularity III: The Stage of Carnage, Shimousa – Seven Duels of Swordmasters 4, Girlfriend, Girlfriend 6, Love After World Domination 2, My Dearest Self with Malice Aforethought 10, and With the Sheikh in His Harem 7. 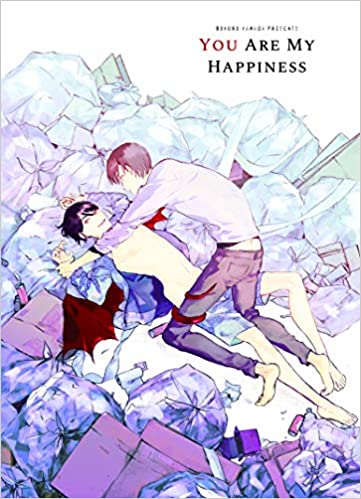 KUMA has a new BL title, You Are My Happiness (Kimiarite Kouhuku), a Comic Marginal title about a food stall vendor and his tailed, winged customer.

SEAN: Seven Seas has three debuts. No Matter What You Say, Furi-san Is Scary! (Tonari no Furi-san ga Tonikaku Kowai) is an Ichijinsha title from the awkwardly named magazine Manga 4-koma Kings Palette. Girl looks and sounds like a delinquent… but she’s really a cute innocent girl in love with our hero.

ASH: I’m intrigued! This sounds like it could be fun.

SEAN: Reborn As a Barrier Master (Kekkaishi e no Tensei) comes from Gentosha’s Denshi Birz, and features a recently isekai’s salaryman who’s in the body of a 6-year-old. Almost sold into slavery, almost killed, he’s actually taken in by a local lord. Time to train his awesome power!

Seven Seas also has CALL TO ADVENTURE! Defeating Dungeons with a Skill Board 2, A Centaur’s Life 20, Chronicles of an Aristocrat Reborn in Another World 2, Dance in the Vampire Bund: Age of Scarlet Order 4, Machimaho: I Messed Up and Made the Wrong Person Into a Magical Girl! 8, Made in Abyss Official Anthology – Layer 3: White Whistle Melancholy, Nurse Hitomi’s Monster Infirmary 13, and Pompo: The Cinéphile 2. 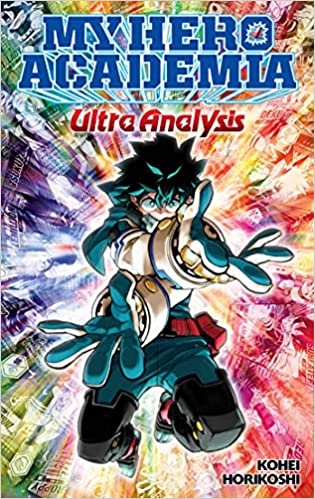 Tentai Books has a new light novel out digitally, with print to follow. Turning the Tables on the Seatmate Killer (Tonari no Seki ni Natta Bishoujo ga Horesaseyou to Karakattekuru ga Itsunomanika Kaeriuchi ni Shiteita), a high school romcom about a nebbish guy who ends up next to the seemingly untouchable girl.

No debuts for Viz, but we do see My Hero Academia: Ultra Analysis—The Official Character Guide, nearly 300 pages of facts, trivia, hero analysis, and interviews.

MICHELLE: I vow to get caught up with these three Shojo Beat titles! And MHA: Vigilantes, as well.

ASH: Shojo Beat’s on my radar, too! As is the latest JoJo.

Lastly, Yen Press has Bestia 3 and Uncle from Another World 3.

Stay gold, manga lovers. What are you picking up?