SEAN: We start with Yen On, which has The Detective Is Already Dead 2, the 15th KonoSuba, and Solo Leveling 3.

ASH: I really ought to give Solo Leveling a try before I get too far behind.

Two new series from Yen Press. The first is the manga version of I’m the Villainess, So I’m Taming the Final Boss, whose light novel came out earlier this month. 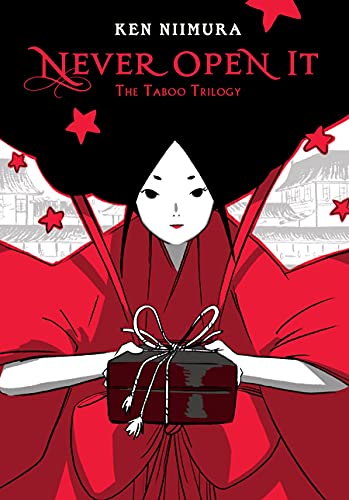 The other is Never Open It: The Taboo Trilogy, a short story collection by famed creator Ken Niimura.

ASH: I am so excited for this one! I really enjoy Niimura’s work.

SEAN: Also from Yen: Gabriel Dropout 10, Mint Chocolate 4, My Youth Romantic Comedy Is Wrong As I Expected 16, and Wolf and Parchment 2.

Seven Seas doesn’t have much, but what it has are mostly debuts. Boy Meets Maria is an LGBT title from Printemps Shuppan’s Canna, and I hear it’s quite powerful, but also quite dark. It’s finished in one volume.

ASH: I’ll be giving it a read, for sure.

SEAN: Necromance is a shonen title from Kodansha’s Magazine Pocket. A hero becomes an undead to save the world… but now he can’t even touch the girl he loves! Can he find a way to return himself to life?

ASH: I don’t know about the manga, but that title is great.

SEAN: Sarazanmai: The Official Manga Anthology is what it says – a collection by many artists based around the popular series.

ASH: I like seeing these types of anthologies released. 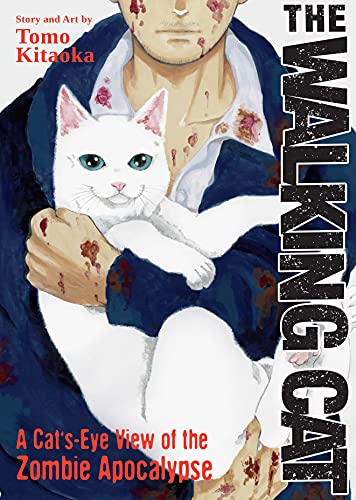 SEAN: The Walking Cat: A Cat’s-Eye View of the Zombie Apocalypse is a Futabasha title from Manga Action. Zombie apocalypse meets cat manga. It’s a 550-page omnibus with all 3 volumes in 1.

ASH: That’s quite the tome! Count me curious.

SEAN: One Peace has The Rising of the Shield Hero 21.

Kodansha has a debut in print… well, a spinoff. The Seven Deadly Sins: Original Sins Short Story Collection is what it sounds like. It also includes the original “pilot” for the series.

Also in print: Grand Blue Dreaming 14, To the Abandoned Sacred Beasts 12, Whisper Me a Love Song 4, and With a Dog AND a Cat, Every Day is Fun 5.

MICHELLE: I really liked the first volume of With a Dog AND a Cat, Every Day Is Fun. I should read more of it.

SEAN: Digitally Kodansha debuts Even Given the Worthless “Appraiser” Class, I’m Actually the Strongest (Fuguushoku [Kanteishi] ga Jitsu wa Saikyou Datta – Naraku de Kitaeta Saikyou no [Shingan] de Musou Suru), which runs in Magazine Pocket. It is what it is.

Also out digitally: Back When You Called Us Devils 6, Chihiro-kun Only Has Eyes for Me 3, DAYS 26, Farewell My Dear Cramer 6, The Girl, the Shovel and the Evil Eye 2, Harem Marriage 10, Mr. Bride 3, and Saint Cecilia and Pastor Lawrence 5.

Remember all those print titles from J-Novel Club I talked about last week? They got bumped. Insert them here.

ASH: I’ll be on the lookout. 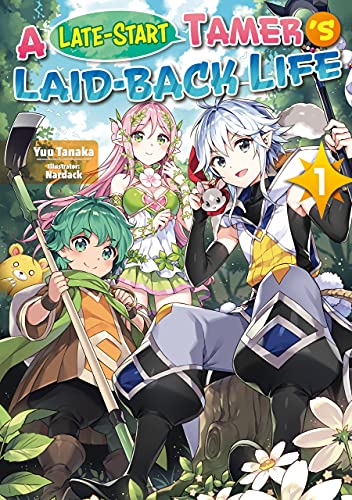 SEAN: Their digital light novel debut is A Late-Start Tamer’s Laid-Back Life (Deokure Tamer no Sonohigurashi). A gamer is excited to start a new VRMMORPG… but quickly finds the class he chose is not really suited to being awesome, but to slow life.

Also out digitally next week: Ascendance of a Bookworm 15, Campfire Cooking in Another World 5 (manga version), The Greatest Magicmaster’s Retirement Plan 11, How a Realist Hero Rebuilt the Kingdom 14, Mapping: The Trash-Tier Skill That Got Me Into a Top-Tier Party 7, My Friend’s Little Sister Has It In for Me! 4, Reincarnated as the Piggy Duke: This Time I’m Gonna Tell Her How I Feel! 3, and Sorcerous Stabber Orphen: The Wayward Journey 14.

Cross Infinite World has the 3rd volume of Reincarnated as the Last of My Kind.

Lastly, Airship has The Most Notorious “Talker” Runs the World’s Greatest Clan in print.

And in early digital versions they have Reincarnated as a Dragon Hatchling 2 and The Saint’s Magic Power is Omnipotent 4.

What manga are you trapped inside, face pressed against the pages, unable to escape?