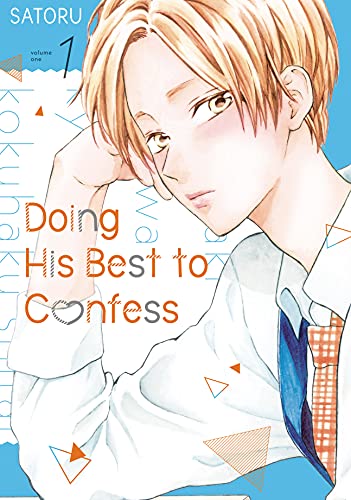 SEAN: This may be the first time I’ve ever picked as Pick of the Week a book I not only plan to not read but plan to actively avoid. But man, Attack on Titan is ending, and it’s just been so influential on the past few years of manga. It blew up here in North America, for good and ill, and it had some great set pieces. But I fear its attempts to tell an anti-fascist story got muddled along the way. Still, I will toast it here.

MICHELLE: I suppose I’ll go with Doing His Best to Confess, since it looks cute. That’s my whole justification this time: it looks cute.

ASH: That’s a justification that I can get behind, and a manga that I’m interested in, too! Sean also makes an excellent case for Attack on Titan as a pick. Novel-wise, however, I’m going to go with The Haunted Bookstore.

ANNA: I’ll also go with Doing His Best to Confess, it sounds like the most appealing option for me this week.