SEAN: As we inch ever closer to Halloween, beware of the manga yokai, which look like Shonen Jump volumes but lure children to their doom.

ASH: I absolutely believe this tale to be true.

SEAN: Airship has two print light novel debuts. We get print versions of The Haunted Bookstore – Gateway to a Parallel Universe and The NPCs in this Village Sim Game Must Be Real!.

ASH: Looking forward to giving The Haunted Bookstore a try now that it’ll be in print!

Early digital volumes include Adachi and Shimamura 7, Didn’t I Say to Make My Abilities Average in the Next Life?! Lily’s Miracle (a side-story), and Drugstore in Another World: The Slow Life of a Cheat Pharmacist 3. 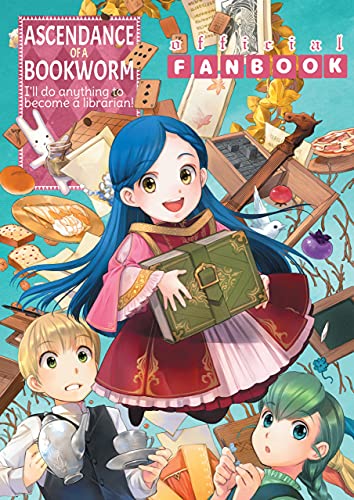 J-Novel Club has a bunch of print titles. We see the debut of Her Majesty’s Swarm, as well as the first Ascendance of a Bookworm Fanbook. We also get By the Grace of the Gods 6, I Shall Survive Using Potions! 6, In Another World with My Smartphone 18, Seirei Gensouki: Spirit Chronicles Omnibus 3, and The Unwanted Undead Adventurer 2.

ASH: I’m still delighted to see things like fanbooks being released these days.

SEAN: Digitally we see Guide to the Perfect Otaku Girlfriend: Roomies and Romance 3 and My Next Life As a Villainess 10.

Kodansha has a new print omnibus of Attack on Titan, containing the first three volumes, back when the story was at its best and the art was at its worst. We also get Attack on Titan 34, the final volume, which is the opposite.

ASH: Oh, how the times have changed!

SEAN: Other omnibuses in print: Love in Focus Complete Collection (the entire series), The Seven Deadly Sins 1-3, And That Wolf-Boy Is Mine! 3-4. There’s also Eden’s Zero 13 and The Heroic Legend of Arslan 15, which are not omnibuses.

And we get a print release for Vampire Dormitory, whose ebook came out two years ago.

Digital debuts? We get Doing His Best to Confess (Natsuaki-kun wa Kyou mo Kokuhaku shitai), a Betsufure title which has a seemingly cool and aloof guy turn out to just be shy and awkward. Can he confess to the girl he likes?

MICHELLE: This looks pretty cute. I tend to like stories about seemingly cool and aloof guys who are just awkward (see Lovesick Ellie).

ANNA: That does sound cute. 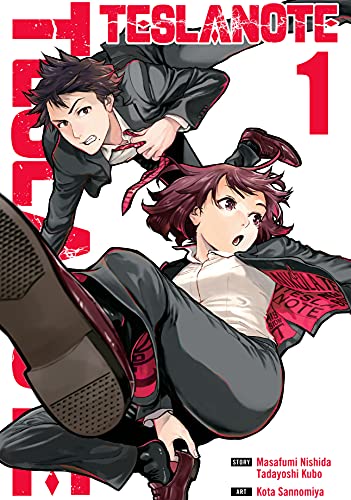 SEAN: The other debut is Tesla Note, which is a shonen series that runs in Weekly Shonen Magazine. It’s filled with action and conspiracies, is from the author of Tiger & Bunny, and its anime has bombed so bad possibly no one will care enough to get the source.

MICHELLE: At some point I will actually read Blue Lock.

SEAN: One Peace Books has Hinamatsuri 13.

Seven Seas has three debuts. Creepy Cat is a full-color graphic novel based on the popular webcomic which balances between cute and scary.

SEAN: Kiruru Kill Me is a new Shonen Jump Plus series from the creator of Pretty Face and Mx0. A young man is rich and successful, but has no one to love. Then he falls head over heels… for an assassin. There’s only one thing to do: order a hit on himself.

ASH: I’ll admit to being curious about this one, too.

Also from Seven Seas: Even Though We’re Adults 3, GIGANT 6, Kingdom of Z 4, and Peter Grill and the Philosopher’s Time 6.

MICHELLE: At some point I will actually read Even Though We’re Adults! 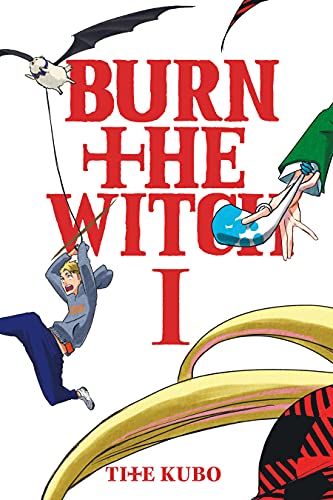 ASH: I’ve been picking them up as they’ve been released, but have not actually read any of the volumes, yet.

SEAN: Tokyopop has the 2nd volume of Her Royal Highness Seems to be Angry.

Viz debuts Burn the Witch, from the creator of Bleach. Indeed, it’s set in the same world as Bleach, albeit a little further into the future, and in London. Two agents trying to get easy assignments they can turn into cash instead end up in fantasy misadventures.

Also from Viz: Asadora! 4, No Guns Life 11, No. 5 2, and The Creative Gene, a collection of essays by the creator of Metal Gear Solid.

ASH: Happy to see the next volume of No. 5 coming out!

SEAN: Yen On has two light novels: A Sister’s All You Need 11 and Solo Leveling 3.

Yen Press’s sole title is a digital-only debut: If You Could See Love (Moshi, Koi ga Mieta Nara). This yuri series runs in Shonen Ace Plus. Have you ever seen those complicated love charts fans make with arrows pointing forward and back? Our heroine can see them… including two pointed at her. But… this is an all girls’ school!

ASH: The premise sounds like it could be promising.

SEAN: Are you haunted by manga? Or by the spirit of Sasha Braus demanding a potato?