SEAN: June staggers on, despite all efforts to stop it.

ASH: That it does.

SEAN: Airship has print releases of Kuma Kuma Kuma Bear 6 and Classroom of the Elite 8. They’ve also got early digital releases for Neon Genesis Evangelion: ANIMA 5 (the final volume) and ROLL OVER AND DIE: I Will Fight for an Ordinary Life with My Love and Cursed Sword! 4.

J-Novel Club has some manga volumes out digitally, including the debut of Der Werwolf (Jinrou e no Tensei, Maou no Fukkan: Hajimari no Shou), based on the light novel. It runs in Comic Earth Star.

Also debuting in manga form is Welcome to Japan, Ms. Elf! (Nihon e Youkoso Elf-san), again based on the light novel. It runs in Comic Fire. 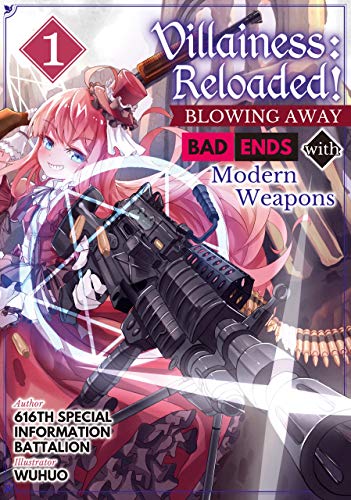 The light novel debut next week is Villainess: Reloaded! Blowing Away Bad Ends with Modern Weapons (Doushitemo Hametsu Shitakunai Akuyaku Reijou ga Gendai Heiki wo Tenishita Kekka ga Kore desu). Yes, a girl is reincarnated into the world of an otome game where she’s the villainess. Except… she was a huge military nut in her past life. Therefore, screw becoming a better person, she just needs MORE DAKKA. This is from the author of Her Majesty’s Swarm, and hopefully will interest me more than that one did.

ASH: It’s fascinating to see how these sub-sub-subgenres evolve.

Also out next week: the 12th and final volume of Full Metal Panic! and The Unwanted Undead Adventurer 8.

Kodansha has some print. There’s Bakemonogatari’s 9th manga volume, Blood on the Tracks 6 (yes, I know), Boarding School Juliet 15, Cardcaptor Sakura Collector’s Edition 8, Cells at Work: Baby! 2, The Daily Lives of High School Boys 6, Gleipnir 9, Grand Blue Dreaming 13, Love and Lies 10, Whisper Me a Love Song 3, and The Witch and the Beast 5. That’s a LOT, so don’t be surprised if you see some of these on the list for manga the week of July 7 with me saying “yes, I know” next to them.

ASH: That is a larger batch of print! (I’m not going to complain much about that, certainly.)

SEAN: Debuting digitally is Saint Cecilia and Pastor Lawrence (Shiro Seijo to Kuro Bokushi), a 4-koma series about a somewhat useless Saint and the Pastor who has to take care of her. It runs in Shonen Magazine R.

MICHELLE: I’ll be checking out a couple of these, at least. 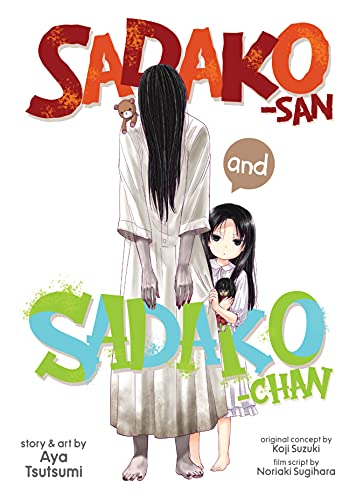 SEAN: Debuting for Seven Seas is Sadako-san and Sadako-chan, a one-shot about the girl from the Ring getting introduced to the modern world – can you crawl out of a Youtube video? This ran in Comic Walker.

SEAN: Also out from Seven Seas: D-Frag! 15, Drugstore in Another World: The Slow Life of a Cheat Pharmacist 2, Magical Girl Spec-Ops Asuka 11, and Sorry for My Familiar 8.

Square Enix gives us a 4th volume of Suppose a Kid from the Last Dungeon Boonies Moved to a Starter Town.

The debut for Yen On got bumped, but there’s still some new light novels out next week from them. We get Death March to the Parallel World Rhapsody 14, The Greatest Demon Lord Is Reborn as a Typical Nobody 6, Haruhi Suzumiya 11 in print, Konosuba: God’s Blessing on This Wonderful World! 14, Re:ZERO -Starting Life in Another World- 16, Solo Leveling 2, Sword Art Online 22, Sword Art Online Alternative Gun Gale Online 9, and That Time I Got Reincarnated as a Slime 11.

Yen Press has two debuts. The first is the manga version of a light novel we’re getting in July. If the RPG World Had Social Media… (Moshi Role Playing Game no Sekai ni SNS ga Attara) runs in Dengeki Daioh “g”, and the premise is the title, as has been the norm lately.

The other is your name. The Official Visual Guide, which contains art, storyboards, character designs and interviews.

ASH: That should be a visual treat, if nothing else!

SEAN: Lastly, Yen also gives us I’ve Been Killing Slimes for 300 Years and Maxed Out My Level 6, The Royal Tutor 15, and Toilet-bound Hanako-kun 9.

ASH: I need to catch up with Toilet-bound Hanako-kun; I’ve really enjoyed what I’ve read of it so far.

SEAN: What manga is steamrolling over you without stopping?