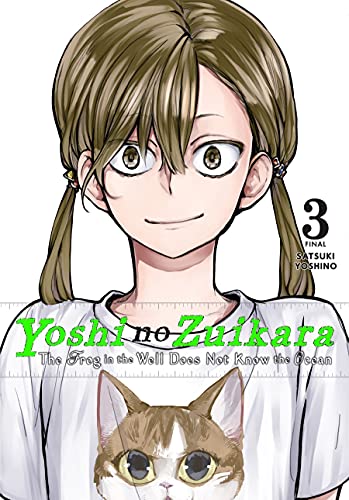 MICHELLE: Though I have thus far failed to read Barakamon, I pounced on the debut volume of Yoshi no Zuikara and ended up really liking it. Now, the final volume of the short series is coming out and you can bet that I’ll be pouncing on that too.

ASH: I was surprised and delighted by how good the first volume of How Do We Relationship was. And so, I’m looking forward to catching up with the second and now the third volumes of that series!

ANNA: Out of everything coming out this week, I’m probably most excited by Spy x Family, one day I will catch up!

KATE: I’m on Team Kodansha this week, since they’re releasing new installments of two great series: Blood on the Tracks and Blue Period. I’ll also put in a pitch for Those Snow White Notes, both for its educational value and its sudsy drama. Hot guys playing the shamisen? Sign me up!!!!