SEAN: June’s busting manga out all over. Let’s see what’s fallen in front of us. 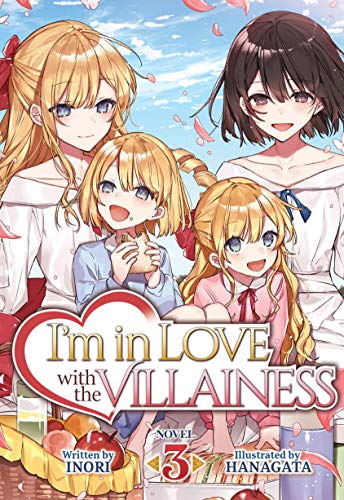 Airship has two print releases: Adachi and Shimamura 5 and ROLL OVER AND DIE: I Will Fight for an Ordinary Life with My Love and Cursed Sword! 3. They also have an early digital release of I’m in Love with the Villainess 3.

ASH: Oh, that means I still have some time to catch up before it’s released in print!

SEAN: Cross Infinite World has a new novel, Romance of the Imperial Capital Kotogami: A Tale of Living Alongside Spirits (Teito Kotogami Romantan Kinrо̄ Otome to Oshikake Jūsha), about a young woman living as a caretaker to a bunch of handsome yokai. This certainly sounds like a couple of recent Viz shoujo manga titles…

ASH: That it does, and thus intrigues me.

J-Novel Club also has print titles. We’ll see By the Grace of the Gods 4, How a Realist Hero Rebuilt the Kingdom’s 2nd manga omnibus, In Another World with My Smartphone 16, and Marginal Operation 6.

Kodansha sees the print debut of The Summer of You (Kimi wa Natsu no Naka), a BL story about two teenagers loving to hang out and watch movies, and the love that develops between them. The author is also known for The Two Lions, just licensed by Seven Seas, and about 70 billion Gintama doujinshi.

MICHELLE: I’ve been looking forward to this one!

ASH: I wasn’t previously aware of this series, but now that I am, so am I! 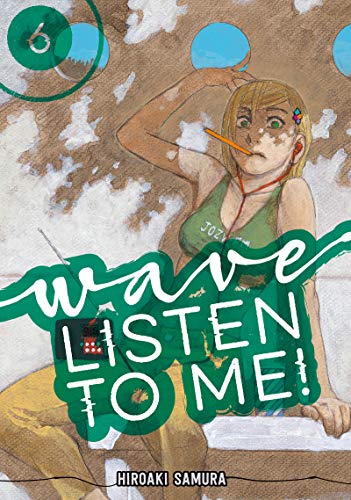 SEAN: Also out in print: Chi’s Sweet Adventures 4, The Heroic Legend of Arslan 14, Hitorijime My Hero 10, Rent-a-Girlfriend 6, Sweat and Soap 6, Wave, Listen to Me! 6, Weathering with You 3 (the final volume), and With a Dog AND a Cat, Every Day is Fun 4.

MICHELLE: I need to catch up on Wave, Listen to Me! and With a Dog AND a Cat, Every Day Is Fun; I enjoyed both a lot for very different reasons.

ASH: I’m definitely here for Wave Listen to Me! . I’ve been meaning to give Sweat and Soap a try, too.

We also get Chihayafuru 26, Girlfriend Girlfriend 3, GTO Paradise Lost 14, My Dearest Self with Malice Aforethought 5, and With the Sheikh in His Harem 2.

SEAN: Seven Seas debuts The Tale of the Outcasts (Nokemono-tachi no Yoru), which ran in Weekly Shonen Sunday. This tale of a young orphan girl and a beast immortal should appeal to fans of Girl from the Other Side and similar titles.

ASH: Oooh, you have my attention.

SEAN: Seven Seas also has New Game! 11, Peter Grill and the Philosopher’s Time 5, Reincarnated As a Sword 6, and the 15th and final volume of Shomin Sample. 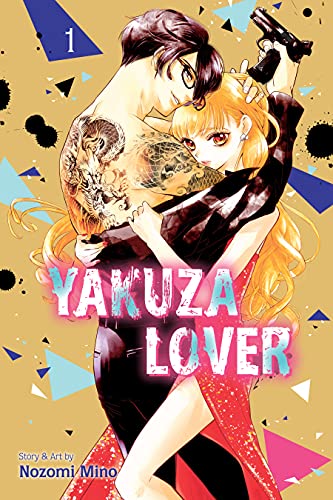 Viz debuts Yakuza Lover (Koi to Dangan – Dangerous Lover), a shoujo title from Cheese! spinoff Premium Cheese!. College girl meets yakuza boy, and despite trying to avoid “bad boys” she’s irresistibly drawn to him. Given it’s Cheese!, I suppose this is more in the “shousei” genre – expect a spicy story.

ANNA: I’m stoked for this and Cheese! spinoffs.

MICHELLE: So much good stuff.

SEAN: Yen On has some May remainder titles that got bumped to June: the 10th Haruhi Suzumiya novel in paperback (it’s actually Books 10 and 11 in one big book), High School Prodigies Have It Easy Even in Another World! 4, Overlord 13, and Strike the Blood 18.

Yen Press likewise has a LOT of “this used to be May” titles. We get As Miss Beelzebub Likes 12 (the final volume), Eniale & Dewiela 3 (also a final volume), Happy Sugar Life 9, If Witch, Then Which? 2, IM: Great Priest Imhotep 9, Love of Kill 2, Monthly Girls’ Nozaki-kun 12, Overlord 13, Shibuya Goldfish 9, Teasing Master Takagi-san 11, The White Cat’s Revenge as Plotted from the Dragon King’s Lap 3, and A Witch’s Love at the End of the World 3 (another final volume).

SEAN: There’s a lot of series in this list I love to bits. What are you getting?