SEAN: May Comes In Like a Tiger! What manga do we have next week?

Airship has an early digital release of Hello World, a one-shot SF novel about a boy whose future self returns to help him save his future girlfriend… or so he says. This sounds like it’s for fans of I Want to Eat Your Pancreas and others in that genre.

SEAN: They’ve also got Monster Girl Doctor Zero (a prequel), an early digital volume of Mushoku Tensei 11, and print volumes for The Saint’s Magic Power Is Omnipotent 3 and PENGUINDRUM 3 (the final volume).

ASH: One of these days I’ll actually read PENGUINDRUM.

SEAN: Cross Infinite World has a 2nd volume of Reincarnated As the Last of My Kind.

In print, J-Novel Club has Ascendance of a Bookworm 5 (manga), I Shall Survive Using Potions 5, Infinite Dendrogram 12, and My Next Life As a Villainess 7. 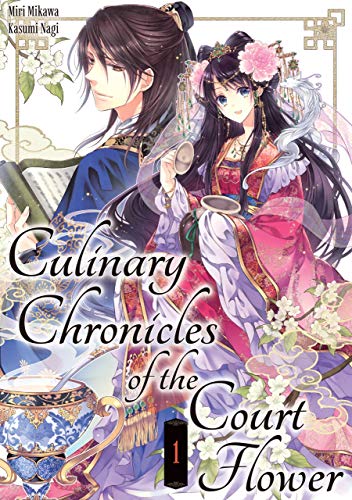 Digitally, they debut a new light novel in their Heart series, Culinary Chronicles of the Court Flower (Ikka Koukyuu Ryourichou). It sounds, honestly, a lot like The Apothecary Diaries only with food replacing medicine.

ASH: That sounds like a good combination to me!

Kaiten Books has a 4th volume of the Loner Life in Another World manga.

No print debuts for Kodansha Manga, but we do get Attack on Titan 33, Boarding School Juliet 14, Eden’s Zero 11, and Weathering With You 3, a final volume.

Digitally the debut is With the Sheikh in His Harem (Sheik-sama to Harem de), a Nakayoshi title. That cover, featuring the palest sheikh ever. That synopsis (girl is proposed to by rich man, who won’t take no for an answer). Remember when Nakayoshi was far younger in focus than it seems to be now? Recommended for Harlequin fans.

We also get the 2nd and final volume of Araki Won’t Be Tamed (whose cover I just have to link to, because YIKES), The 2nd Girlfriend, Girlfriend, My Dearest Self with Malice Aforethought 4, and My Unique Skill Makes Me OP even at Level 1 5.

ASH: That cover, my goodness!

SEAN: Udon Entertainment has the 5th and final volume of The Rose of Versailles, including extra manga short stories Ikeda wrote in the 80s. Thank you so much for finally giving us this title in English.

ANNA: Yes. I’m still pinching myself about this.

ASH: I continue to be absolutely thrilled we finally have this in translation. 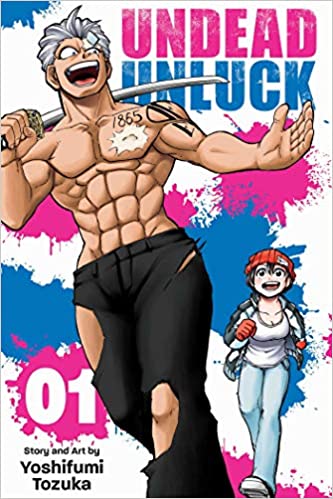 SEAN: Viz has a Shonen Jump debut, with Undead Unluck. A girl whose luck is so bad it kills people tries to kill herself, only to run into an undead man who can’t die. Together they discover they’re being hunted by a secret organization. Despite the worst possible 2-page opening spread I’ve seen in the history of Jump, I have heard this is quite good.

MELINDA: I have heard nothing, because apparently I live under a rock, but this sounds kind of great.

SEAN: There are also three long-runners coming to a close next week. JoJo’s Bizarre Adventure has the 9th book of Arc 4, so we finish off Diamond Is Unbreakable. Worry not, Golden Wind is coming. Daytime Shooting Star and Shortcake Cake, meanwhile, both end with a 12th volume.

ANNA: I like Shortcake Cake and Daytime Shooting Star for entirely different reasons.

MICHELLE: Me too. I look forward to finishing both.

ANNA: Looking forward to The King’s Beast and Snow White.

MICHELLE: I’m following (or attempting to follow) most of these! Penultimate volumes for Haikyu!! and The Promised Neverland, also.

ASH: Ditto all of the above!

SEAN: Yen On has a light novel debut with The King of the Dead at the Dark Palace (Kuraki Kyuuden no Shisha no Ou), a dark fantasy about a sickly boy who dies and reincarnates… as a sickly undead who must obey his master.

They’ve also got Reign of the Seven Spellblades 2, which has a lot to live up to to top its excellent first volume.

On the Yen Press tip, we get manga debuts for the two light novels that came out in April, as we see Bofuri: I Don’t Want to Get Hurt, so I’ll Max Out My Defense 1, which runs in Comp Ace, and Hazure Skill: The Guild Member with a Worthless Skill Is Actually a Legendary Assassin 1, which runs in, believe it or not, Dengeki Playstation.

Lastly, Is It Wrong to Try to Pick Up Girls in a Dungeon? On the Side: Sword Oratoria’s 15th manga volume.

Mayday! Mayday! Throw me a manga!