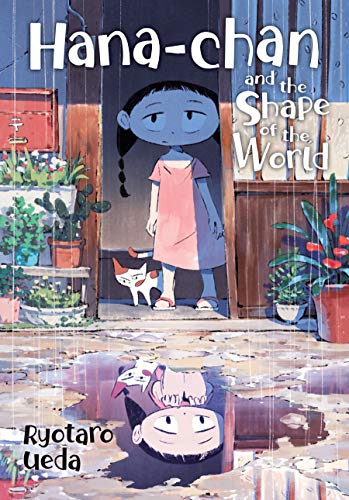 SEAN: There are a lot of debuts, any one of which I should be picking here. That said, the title I’m likely most interested in is the third and final volume of Bleach: Can’t Fear Your Own World, where the author of Baccano! and Durarara!! attempts to take Bleach’s ludicrously large supporting cast and do something interesting with them, and while he may not quite succeed, the attempt is certainly better than Tite Kubo’s was.

MICHELLE: I’m intrigued by Superwomen in Love! and am quite sure I will like Blue Giant, but I will pick Blue Flag this time. I really, really loved the first two volumes and it’s high time I got caught up!

ASH: There are so many great manga being released this week! In addition to the ones already mentioned, I’m also looking forward to getting my hands on the latest Junji Ito title, Lovesickness, as well as Shotaro Ishinomori’s SUPER SENTAI: Himitsu Sentai Gorenger. My official pick this week goes to Hana-chan and the Shape of the World, though.

ANNA: There’s a lot that’s intriguing this week, but I’m with Michelle, I’m most enthusiastic about more Blue Flag.

MELINDA: There are a number of things I’m interested in this week, including all the aforementioned manga plus Our Not-So-Lonely Planet Travel Guide, but I’m with Ash this week. My pick has to be Hana-chan and the Shape of the World. It sounds just lovely.