SEAN: April! Maple! Let’s do the list backwards this time!

This means starting with Yen Press, who have precisely one manga out, but it is a debut. Please Put Them On, Takamine-san! (Haite Kudasai, Takamine-san) is a bizarre high school comedy with SF elements, about a girl who can redo her past actions to achieve the best result… but only by taking off her underwear. This runs in Gangan Joker, and is by the author of the delightfully titled Is a Zombie Bitch Considered a Bitch?, which thankfully is not licensed.

MELINDA: I. No. Yen Press, why is this your brand now? Seriously, why?

SEAN: Yen On has two debuts. First off we have Hazure Skill: The Guild Member with a Worthless Skill Is Actually a Legendary Assassin (Hazure Skill “Kage ga Usui” o Motsu Guild Shokuin ga, Jitsuha Densetsu no Ansatsusha), which I’ve heard is better than it sounds, but I’m trying to avoid taking on any new “my skill everyone hates is actually the best” sort of books.

ASH: I feel that. 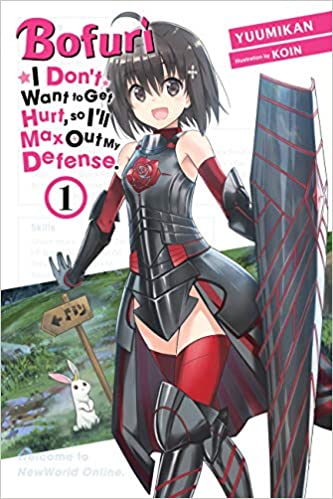 SEAN: The other debut… at long last… is Bofuri: I Don’t Want to Get Hurt, So I’ll Max Out My Defense (Itai no wa Iya nano de Bougyoryoku ni Kyokufuri Shitai to Omoimasu), the light novel that inspired the popular anime. Kaede is ready to play the new game her friend recommends… but has no real gaming experience, and also it’s a VR game, meaning she could feel pain! As such, she sinks ALL her points into defense. Playing as “Maple” (a pun on her name), she rapidly gets ludicrously overpowered in the most adorable way possible. I suspect these books will be a bit more gamer-talk than I’d really like, but… Maple.

SEAN: No debuts for Viz, just some heavy hitters. There’s Yona of the Dawn 29, We Never Learn 15, One Piece 96, Natsume’s Book of Friends 25, My Hero Academia 27, Moriarty the Patriot 4, Jujutsu Kaisen 9, the 7th and final volume of An Incurable Case of Love, Dr. STONE 16, Demon Slayer: Kimetsu no Yaiba 21, and Chainsaw Man 4.

ASH: I’m reading quite a few of these series, but I’m especially glad to see Natsume’s Book of Friends in the list.

ANNA: Some good stuff here for sure.

SEAN: Udon should – for real this time – have The Rose of Versailles 4.

SEAN: Three titles for Seven Seas: Nurse Hitomi’s Monster Infirmary 12, Magical Girl Site 14, and The Kingdoms of Ruin 2. They also have the last 3 volumes of Alice in the Country of Joker: Circus and Liar’s Game. 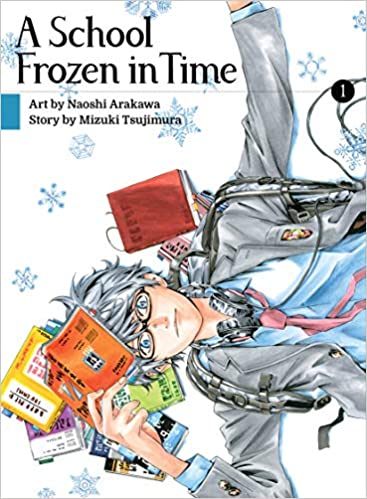 MELINDA: I think I am, too!

ASH: I wasn’t previously aware of this one, but now I’m looking forward to it, too!

Debuting digitally is Girlfriend, Girlfriend (Kanojo mo Kanojo), a comedy from Weekly Shonen Magazine and the creator of Aho Girl. It’s about a boy who is confessed to by two girls, so asks if he can date both of them. Expect a lot of hyperactive silliness.

There’s also Vampire Dormitory 5, Those Snow-White Notes 2, Our Fake Marriage 6, My Unique Skill Makes Me OP even at Level 1 4, My Dearest Self with Malice Aforethought 3, the 5th and final volume of The Invincible Reincarnated Ponkotsu, and Chihayafuru 25.

MICHELLE: I better get on Those Snow-White Notes before I fall too far behind.

ASH: I need to catch up on Ascendance of a Bookworm, but I’ve really been enjoying the series.

SEAN: Digital titles are A Wild Last Boss Appeared! 4, Outbreak Company 17, Mapping: The Trash-Tier Skill That Got Me Into a Top-Tier Party 4, Infinite Dendrogram 7 (manga), I Love Yuri and Got Bodyswapped with a Fujoshi 2, and Fushi no Kami: Rebuilding Civilization Starts With a Village 3.

Lastly, Airship has 3 print titles: Berserk of Gluttony 2, Didn’t I Say to Make My Abilities Average 12, and How a Realist Hero Rebuilt the Kingdom 11. They’ve also got a digital-first version of Reincarnated As a Sword 8.

Are you maxing out your defense with manga?