SEAN: Oh no, the March winds are blowing over all the stacks of manga you have around you! Shore them up with MORE manga!

ASH: This is a solid plan. 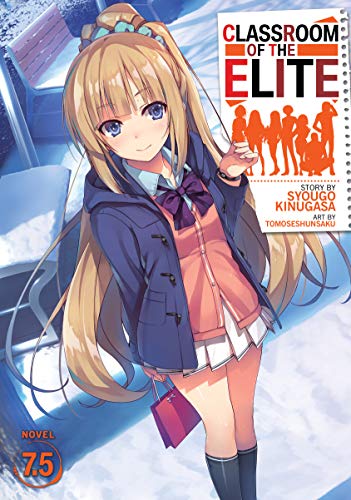 SEAN: Airship has two print releases, The Hidden Dungeon Only I Can Enter 3 and Classroom of the Elite 7.5. They’ve also got an early digital release for Mushoku Tensei 10.

J-Novel Club has the third and final volume of The Sorcerer’s Receptionist, as well as I Refuse to Be Your Enemy! 5 and Our Crappy Social Game Club Is Gonna Make the Most Epic Game 2.

In print, Kodansha has In/Spectre 13.

ASH: I really ought to catch up on this series.

SEAN: Digitally, our debut is The Dawn of the Witch (Mahoutsukai no Reimeiki), a Shonen Sirius title about a young man with amnesia at a magic school.

Two debuts from Seven Seas. Magical Angel Creamy Mami and the Spoiled Princess (Mahou no Tenshi Creamy Mami: Fukigen na o Hime-sama) is an update of the classic magical girl series, a Comic Zenon title that does not star Mami but rather the spoiled princess, who is unhappy that Mami is now getting all the attention.

ANNA: I enjoy magical girls, think I would be more amused if this did focus on Mami though.

SEAN: The other is Otaku Elf (Edomae Elf), a comedy about a spoiled shrine deity who would rather stay inside, thank you. This runs in Shonen Magazine Edge.

Also from Seven Seas next week: Kingdom of Z 3, Mushoku Tensei: Roxy Gets Serious 5, Our Teachers Are Dating! 3, Rainbow and Black 2, and Species Domain 9.

ASH: I’ve been meaning to give Rainbow and Black a try – better get on that before I get too far behind!

SEAN: Two titles from Square Enix. Balan Wonderworld: Maestro of Mystery, Theatre of Wonders is a novel based on an upcoming platform game, coming out in digital format. 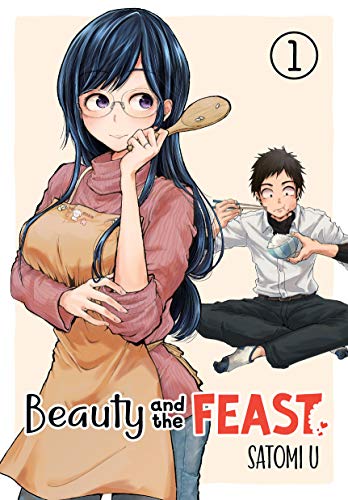 The other is Beauty and the Feast (Yakumo-san wa Edzuke ga Shitai), the story of a widow who can’t stop making food even after her husband has died, so she ends up feeding the teenage boy next door. This runs in Young Gangan, and is apparently one of those relaxed, mellow sort of series.

MICHELLE: I’ve kind of missed having a mellow cooking series to read, now that Sweetness & Lightning has ended.

ASH: I’ve been looking forward to this one.

SEAN: Lots of Tokyopop next week. BL Fans LOVE My Brother?! (Kusatte mo Ani) is about a girl whose big brother locks himself in his room and draws BL doujinshi. Can she get him outside again? This one-shot ran in Mag Garden’s MAGCOMI.

MICHELLE: The cover for this is very cute!

SEAN: And there’s a third volume of The Fox and Little Tanuki.

Yen Press moved the majority of its March titles to the last week of the month, but there’s some light novels still due out 3/23 from Yen On. The debut is Date a Live, a relatively obscure light novel series that may have gotten an anime as well, I’ll have to check. A boy is required to save the world from destructive spirits… by making them fall in love with him? It’s 22+ volumes in Japan but only just got licensed, probably because no one was really asking for it. Ow. Sorry, my mouth got cut from all the sarcasm I was using.

Lastly, the one manga title from Yen next week is Toilet-Bound Hanako-kun 8.

ASH: I’ll be picking that one up!

SEAN: Even with Yen shifting everything one week, it’s still a fair bit. What are you getting?