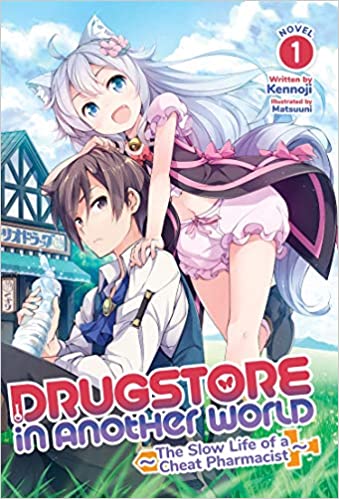 SEAN: Airship debuts a new light novel with Drugstore in Another World: The Slow Life of a Cheat Pharmacist (Cheat Kusushi no Slow Life ~ Isekai ni Tsukurou Drugstore ~). It’s getting an anime in the summer, and gets an early digital release next week. Our hero reincarnates in a fantasy world with a potion maker ability, and treats various folks, including a werewolf girl who falls for him.

ASH: I’m largely isekai-ed out, but this variation intrigues me.

SEAN: Ghost Ship, meanwhile, has the 5th and final volume of Saki the Succubus Hungers Tonight.

J-Novel Club has a lot of new print titles. The debut is Seirei Gensouki: Spirit Chronicles, which is coming out as 2-volume omnibuses.

Also in print: An Archdemon’s Dilemma 10, I Shall Survive Using Potions! 4, Infinite Dendrogram 11, and Marginal Operation 5.

On the digital side we get Altina the Sword Princess 7, the 5th manga volume of Demon Lord, Retry!, How a Realist Hero Rebuilt the Kingdom 13, I Shall Survive Using Potions! 6, Marginal Operation 6, and the 3rd manga volume for The Unwanted Undead Adventurer.

In print, Kodansha Comics has Hitorijima My Hero 9 and Wave, Listen to Me! 5.

MICHELLE: I enjoy both of these for utterly different reasons.

ANNA: I’m so behind on Wave, Listen to Me!

ASH: I’m looking forward to catching up, myself! 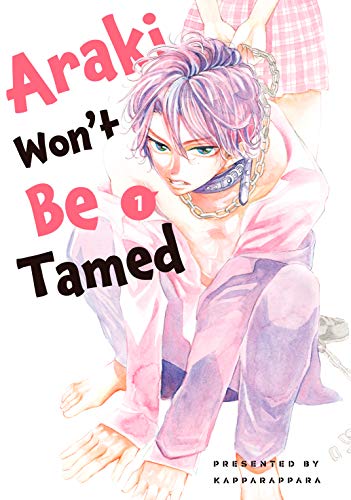 SEAN: The digital debut is Araki Won’t Be Tamed (Araki-kun wa Kai Narasenai), a Dessert title about a young woman whose older sister is a famous actress. Now a famous actor declares his love for her… no, not her sister, her! She doesn’t buy this, but he’ll do anything to convince her… even be her pet. YMMV was invented for series like these.

ASH: We shall see!

SEAN: All-Rounder Meguru comes to an end with its 19th volume. There’s also The Invincible Reincarnated Ponkotsu 4, My Dearest Self with Malice Aforethought 2, My Sweet Girl 12, Smile Down the Runway 18, and the 4th and final volume of Star⇄Crossed!!.

MICHELLE: At some point I should check back in with My Sweet Girl and see how it’s going.

SEAN: Seven Seas debuts the Berserk of Gluttony manga, based on the light novel. The story of a boy who gains people’s skills when he kills them, it runs in Comic Ride.

There’s also the 3rd and final Who Says Warriors Can’t Be Babes?.

Digitally, Seven Seas has the first four volumes of Alice in the Country of Clover: Cheshire Cat Waltz, which features Boris, and was one of the better series of the endless spinoffs.

Viz has, as usual for the first week of the month, a lot of stuff. The first debut is a spinoff, Dr. Stone Reboot: Byakuya. Not an actual reboot but a prequel to the main series, showing us what actually happened with Senku’s father. 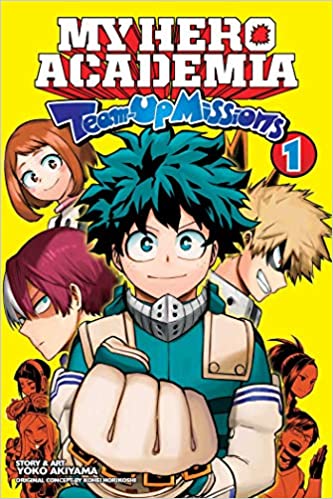 The second debut is also a spinoff, My Hero Academia: Team Up Missions. It runs in Saikyou Jump, a magazine devoted to spinoffs of Jump titles, and features the cast of Class 1-A teaming up with various pro heroes.

MICHELLE: I will read this, but I’d be ridiculously excited if this was Class 1-B doing the teaming up!

ANNA: Tons of good stuff, I agree any week with Skip Beat! is a good week.

SEAN: A lot of Yen’s February light novels got bumped to this week, making them March light novels. We get Banished from the Hero’s Party, I Decided to Love a Quiet Life in the Countryside 2, A Certain Magical Index SS 2, Death March to the Parallel World Rhapsody 13, Re: Zero 15 (which ends the 4th arc), A Sister’s All You Need 9, and Sword Art Online Alternative: Gun Gale Online 8.

On the Yen Press side, there’s two debuts. Do You Like the Nerdy Nurse? (Hokenshitsu no Otaku Onee-san wa Suki Desu ka?), a seinen title from Shogakukan’s Yawaraka Spirits. The school nurse is gorgeous… but also a massive otaku, as one student finds out. Can he get her to fall in love with non-fictional people? This is a done-in-one omnibus.

Yen also has the manga adaptation of the Solo Leveling novel.

What title catches your eye?