SEAN: Valentine Week is here! Looking for some sweet romance? Or bitter breakups? Manga is here for you. 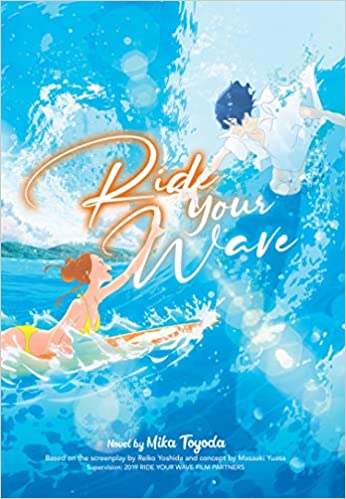 As are light novels. Airship debuts Ride Your Wave (Kimi to, Nami ni Noretara), based on the anime film from the Eizouken director. It will likely be happy yet also sad.

ASH: I enjoy Masaaki Yuasa’s anime, but haven’t actually watched Ride Your Wave yet. Even so, I’m curious about the novelization.

MELINDA: I have watched it, and I’m absolutely interested in a novelization!

SEAN: Airship also has the print debut of Trapped in a Dating Sim: The World of Otome Games Is Tough for Mobs.

And they have How a Realist Hero Rebuilt the Kingdom 10, Kuma Kuma Kuma Bear 4 (print) and 5 (digital), Restaurant to Another World 5, and The Saint’s Magic Power Is Omnipotent 2.

Dark Horse has the 2nd Blade of the Immortal Deluxe Edition.

ASH: I was surprised to find the Blade of the Immortal deluxe edition was ever so slightly smaller than the Berserk deluxe edition, but they are still impressive tomes.

SEAN: J-Novel Club has two digital debuts. The first we’ve seen the manga of already: The Apothecary Diaries (Kusuriya no Hitorigoto), the story of a young woman sold to the Emperor’s Palace, and full of politics and intrigue.

ASH: I’m glad to see The Apothecary Diaries being translated.

SEAN: The other is The Magician Who Rose from Failure (Shikkaku Kara Hajimeru Nariagari Madō Shidō! ~ Jumon Kaihatsu Tokidoki Senki ~), which features a seeming failure who turns out to be brilliant after remembering his former life. The premise made me sigh, but I enjoyed this author’s The Magic in This Other World Is Too Far Behind!!, so will give this a shot.

Kodansha has two print debuts, one of which we’ve seen digitally. Star⇄Crossed!! (Oshi ga Watashi de Watashi ga Oshi de) is the new series from the Kiss Him, Not Me creator, and is a soul-swapping comedy. It runs in Betsufure.

MICHELLE: I am finally gonna check this out. 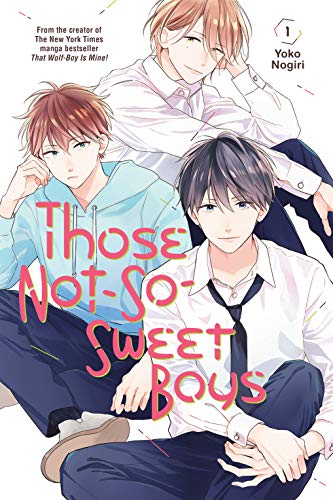 SEAN: The other debut is Those Not-So-Sweet Boys (Amakunai Karera no Nichijo wa), the latest Yoko Nogiri series. A hardworking young girl has to reform a group of seeming bad boys. This runs in Dessert.

SEAN: Also in print: Cardcaptor Sakura Collector’s Edition 7, Chobits 20th Anniversary Edition 3, and Sayonara Football 3 (which is a rebranded version of Farewell, My Dear Cramer 1 – The title will be Sayonara Football going forward).

ASH: I was wondering what was going on with that.

SEAN: Digitally the debut is A Girl & Her Guard Dog (Ojou to Banken-kun), the story of a yakuza daughter trying to have a normal school life… and her guardian, who is not about to let her fall in love. This runs in Betsufure.

MICHELLE: This potentially could be fun.

ANNA: A lot of this sounds great, but given the stacks of unread manga in my house will I actually get around to reading digital shoujo? Probably not.

MICHELLE: I have really enjoyed Lovesick Ellie and though I’m sad to see it end, better now than before it drags on too long.

SEAN: One Peace gives us My Pointless Struggle (Waruagaki), a done-in-one title which is… biography? Sports? I’m not really sure, but it looks manly.

ASH: That it does!

SEAN: From Seven Seas, we get Cube Arts 3 (the final volume), Dragon Goes House-Hunting 6, Magical Girl Spec-Ops Asuka 10, Mushoku Tensei 12, My Senpai Is Annoying 4, and The Sorcerer King of Destruction and the Golem of the Barbarian Queen 2 (also a final volume).

Square Enix has the 3rd Perfect Edition of Soul Eater. 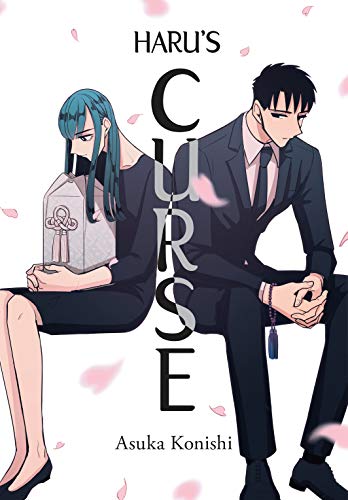 Vertical debuts Haru’s Curse (Haru no Noroi), a josei title about a woman grieving for the death of her little sister from cancer. It’s a Zero-Sum title, and looks heavy but good.

MICHELLE: Looking forward to this one.

MELINDA: I am too.

ASH: It’s interesting when franchises get split up between publishers like this. If you’re looking for other Assassin’s Creed manga, you have to look to Titan Comics.

SEAN: Going from A to Z, Viz also has Zom 100 – Bucket List of the Dead (Zom 100 – Zombie ni Naru Made ni Shitai 100 no Koto), also from Sunday GX. A corporate drone is exhausted and depressed. Then one day, he wakes up to a zombie apocalypse. His thoughts? “AWESOME!” This has some good buzz.

ASH: Indeed! And yay to the second half of Mermaid Saga!

SEAN: Lastly, from Yen On, we get Solo Leveling. It’s a weak-to-strong dungeon crawl sort of book, which runs on the common trope these days of being able to see your stats like a game. It’s Korean, I believe, not Japanese.

Any of these pierce your heart with a shot of love?