SEAN: ‘Tis Christmas, and still no offers of pantomime. Luckily, we have some manga for you.

SEAN: Cross Infinite World debuts Reincarnated As the Last of My Kind. Yes, it’s another reincarnation isekai, but as this little girl grows up, she starts to realize… she may not even be human. It looks cute. And it’s also apparently written by one of the cast of Sayonara, Zetsubou-sensei. 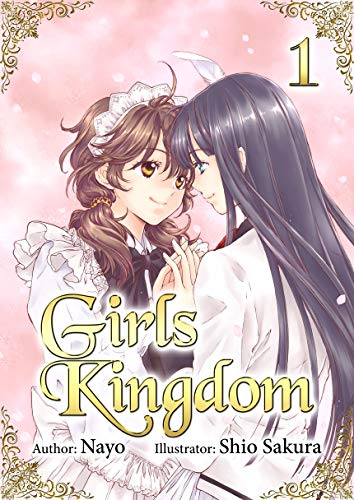 J-Novel Club debuts Girls Kingdom, a new yuri light novel series. A girl who wants an education finds herself in the predicament of getting educated as a maid! Why did this happen? And why is the rich girl who hired her interested at all? This sounds slight, but I’ll give it a shot.

ASH: I do like to see that the yuri renaissance is actively expanding from manga to include light novels these days.

Kodansha, in print, has Attack on Titan 32, Boarding School Juliet 13, Shikimori’s Not Just a Cutie 2, and Whisper Me a Love Song 2.

ASH: Ah! That reminds me that I still need to give the first volume of Whisper Me a Love Song a try.

SEAN: Digitally, the debut is What I Love About You (Fechippuru ~Our Innocent Love~). This Magazine Pocket title involves a drunken one-night stand that turns into more… because both parties have a fetish (one loves backs and one loves hair) that turns the other on! How much you like this may depend on how much you tolerate fetishes.

MICHELLE: I need to get caught back up on DAYS.

SEAN: Seven Seas is piling everything out the door before Xmas. The debut is the manga version of The Sorcerer King of Destruction and the Golem of the Barbarian Queen, which ran in Shonen Ace. 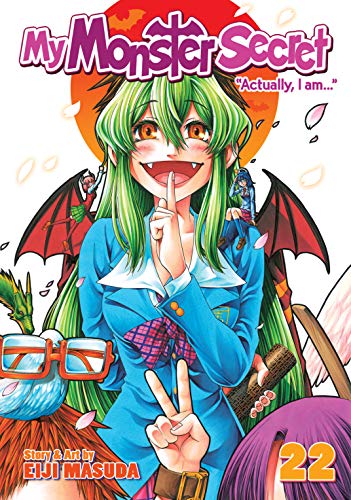 Also: Accomplishments of the Duke’s Daughter 7, BL Metamorphosis 3, the third and final novel for Bloom Into You: Regarding Saeki Sayaka, Didn’t I Say to Make My Abilities Average 11 (print), The Hidden Dungeon Only I Can Enter 3 (digital), How a Realist Hero Rebuilt the Kingdom 9 (print), How Heavy Are the Dumbbells You Lift? 4, How to Train Your Devil 4, The Invincible Shovel 3 (print), Monster Musume 16 (print), Mushoku Tensei 8 (print), My Monster Secret 22 (the final volume), My Status as an Assassin Obviously Exceeds the Hero’s 3, and Syrup: a Yuri Anthology 2.

MICHELLE: I still haven’t read any BL Metamorphosis. The shame.

ASH: BL Metamorphosis is SO GOOD. Definitely one of my favorite new series released this year.

SEAN: Square Enix has Suppose a Kid from the Last Dungeon Boonies Moved to a Starter Town manga 3.

Tokyopop has the 9th volume of Konohana Kitan.

Vertical gives us a 3rd volume of The Daily Lives of High School Boys.

Yen On has two titles, and one is pretty big. Sword Art Online: The Platinum Collection. The first 20 books in the series, in hardcover, in a nice box with prints and a poster. A must have for hardcore fans.

ASH: Wow! I’m not particularly interested in the series, but that’s an impressive looking release!

SEAN: The Saga of Tanya the Evil 8 is also out.