SEAN: It’s the last month of the year… what are we seeing, manga and light novel-wise? 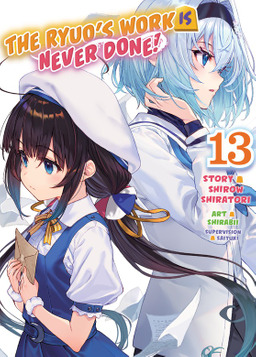 Bookwalker has the 13th volume of The Ryuo’s Work Is Never Done!.

SEAN: In print, J-Novel Club has two debuts: an omnibus version of the Infinite Dendrogram manga, and an omnibus of the Otherside Picnic light novels! Both contain the first two volumes. There’s also I Shall Survive Using Potions! 3 and In Another World with My Smartphone 13.

Digitally, J-Novel Club gives us Banner of the Stars 4, How NOT to Summon a Demon Lord 13, and Invaders of the Rokujouma!? 34.

They’ve also got manga digitally, including the manga debut of Bibliophile Princess, featuring one of my favorite fluffball heroines. There’s also the debut of Record of Wortenia War’s manga, and A Very Fairy Apartment 5.

ASH: Somehow missed hearing about this one until now.

SEAN: Also in print: the 41st and final volume of The Seven Deadly Sins.

ASH: That was quite a run.

SEAN: There are two digital debuts. One is a Shaman King spinoff, The Super Star. It takes place after Flowers, and is still ongoing in Shonen Magazine Edge. 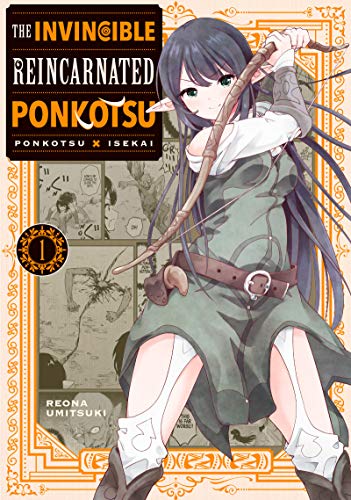 The other debut is The Invincible Reincarnated Ponkotsu (Ponkotsu ga Tensei Shitara Zongai Saikyou), a reincarnation isekai whose summary is so stupid I may actually give it a try. It runs in Suiyoubi no Sirius, and is probably glorious trash.

ASH: I have been convinced to read things for similar reasons in the past.

SEAN: Also out digitally: Altair: A Record of Battles 23, Cells at Work: Bacteria! 6, Chihayafuru 23, Ex-Enthusiasts: MotoKare Mania 5, Otherworldly Munchkin: Let’s Speedrun the Dungeon with Only 1 HP! 2, and Smile Down the Runway 16.

ANNA: I’m so far behind with Chihayafuru but I continue to be glad it is being released.

MICHELLE: I share your gratitude. Also, Ex-Enthusiasts: MotoKare Mania is a fun josei series that I’ve enjoyed so far.

SEAN: Seven Seas has two debuts. The Kingdoms of Ruin (Hametsu no Oukoku) runs in Mag Garden’s Comic Blade, but honestly it sort of lost me when I saw the words “revenge fantasy”.

The other debut, and done in one, is How Many Light-Years to Babylon? (Babylon Made wa Nan-kounen?), a comedy sci-fi story from the creator of The Voynich Hotel. This one I’m far more optimistic about, especially as it won the Seiun Award, the Japanese equivalent of the Hugo.

ASH: Oh! This sounds like one I should definitely check out.

Vertical has the 6th Bakemonogatari manga, with a lovely snek on the cover.

MICHELLE: Indeed, several favorites for me among that lot. I’m especially keen to read the next volume of Yona, as the last ended on quite a pivotal moment.

ASH: Those three series are at the top of my list, too. I also plan on reading more Chainsaw Man.

MELINDA: I’m behind, but I have been a fan of Queen’s Quality, so I really should pick that up! 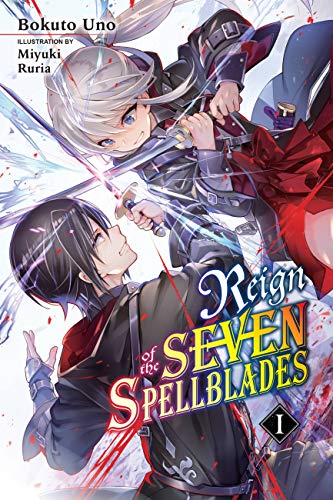 SEAN: Yen On debuts Reign of the Seven Spellblades (Nanatsu no Maken ga Shihai Suru), which is yet another magical academy series but also comes highly recommended.

Also from Yen On: Bottom-Tier Character Tomozaki 5, Is It Wrong to Try to Pick Up Girls in a Dungeon? 15, and My Youth Romantic Comedy Is Wrong As I Expected 10. The last of which has been delayed several times. As I expected.

Two debuts for Yen, though one is not really: Kingdom Hearts III, the manga has its first volume.

The other is Eniale & Dewiela. If you ever wondered what the creator of Witch Hat Atelier would do if she was told to make something akin to Panty and Stocking with Garterbelt, then this is the title for you. It’s 3 volumes total, and ran in Enterbrain’s Fellows! and Harta, two magazines which always earn an automatic purchase from me.

ASH: I’ll definitely be on the lookout for a copy of this!

ASH: I’m a couple volumes behind on Phantom Tales of the Night, but I have been enjoying it.

SEAN: Anything here catch your eye?