Cross Infinite World gives us the 2nd volume of Another World’s Zombie Apocalypse Is Not My Problem!, which surprises me, as I thought it was a standalone.

Dark Horse has the 6th volume of Mob Psycho 100.

ASH: While I’m not quite as taken with the series as I was in the beginning, I’ve still been enjoying it.

SEAN: There’s a triple dose of not-quite-porn from Ghost Ship, who have Destiny Lovers 4, Parallel Paradise 3, and To-Love-Ru Darkness 17.

J-Novel Club debuts a new manga, Campfire Cooking in Another World, based on the light novel of the same name.

They also have Can Someone Please Explain What’s Going On? 4, Der Werwolf 9, When the Clock Strikes Z 2 (a final volume, I think), and The White Cat’s Revenge as Plotted from the Dragon King’s Lap 3.

ASH: I haven’t actually read that last one, but that series title is great. 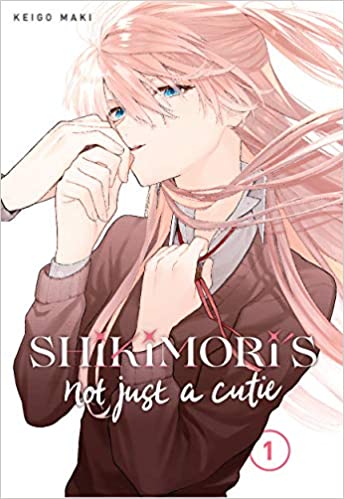 SEAN: Kodansha is still making up for lost time, so get ready. Print Debut #1: Shikimori’s Not Just a Cutie (Kawaii Dake Janai Shikimori-san) is a Magazine Pocket series that seems to be part of the “girl teases the guy she likes” genre, though in this case they’re already dating.

Print Debut #2: The Witch and the Beast (Majo to Yajuu), an action-adventure series from Young Magazine the 3rd that seems to run on being really cool.

ASH: I’m not actively reading too many of these, but I am really glad to see the print titles picking up again.

SEAN: Two digital debuts. The first is another Shaman King spinoff, Shaman King: Red Crimson. This one started AFTER the artist moved to Kodansha, so ran in Shonen Magazine Edge. It’ll run 4 volumes.

The other is When We’re in Love (Hana-kun to Koisuru Watashi), a Betsufure series featuring a model student and a delinquent. Sure, throw another shoujo on the pile.

Also coming out digitally: Abe-kun’s Got Me Now! 5, Atsumori-kun’s Bride to Be 5, Cells at Work: Platelets 2, Kounodori: Dr. Stork 17, the 7th and final volume of Love Massage: Melting Beauty Treatment (I assume she has now melted and man and puddle can live together as one), Maid in Honey 2, My Best (♀) Butler 2, Orient 7, and Shaman King: Flowers 2.

MICHELLE: I couldn’t even make it one volume through Abe-kun. I am, though, happy for more of Atsumori-kun’s Bride-to-Be! 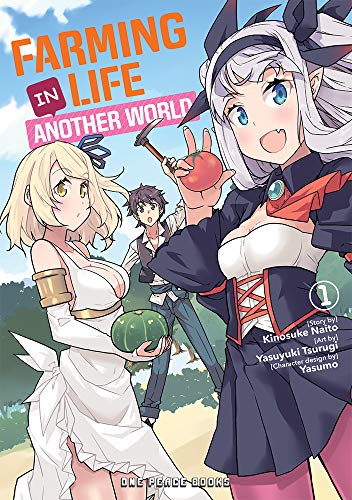 One Peace has a new debut: Farming Life in Another World (Isekai Nonbiri Nouka). This series from Fujimi Shobo’s Dragon Age is… exactly what it sounds like, but there’s more sex than you’d expect.

ASH: Huh. The farming aspect vaguely interests me, but…

SEAN: Seven Seas has two light novel debuts, one print and one digital-first. The print is ROLL OVER AND DIE: I Will Fight for an Ordinary Life with My Love and Cursed Sword!, which I reviewed when the digital version came out. It had a lot more horror than I was expecting, but should also satisfy yuri fans.

The digital first is Berserk of Gluttony (Boushoku no Berserk), a dark-sounding light novel about a man who’s lived his life always hungry finding out that he can feed on BLOOD AND SOULS! Not Elric of Melnibone, I’m sure, but close.

Also out from Seven Seas: Buck Naked in Another World 2 (mercifully the final volume), Classroom of the Elite 7 (early digital), Dance in the Vampire Bund: Age of Scarlet Order 3, The Girl from the Other Side 9, Kuma Kuma Kuma Bear novel 3, Magical Girl Spec-Ops Asuka 9, Mushoku Tensei 7 (novel), Nicola Traveling Around the Demon’s World 3, and Pandora in the Crimson Shell: Ghost Urn 13.

ANNA: I’m ashamed at how far behind I am with The Girl from the Other Side but I fully intend to get caught up.

MICHELLE: I think I have read through volume seven, but I also have a little catching up to do.

ASH: The Girl from the Other Side is still one of my top series; Nicola Traveling Around the Demon’s World is really wonderful, too. 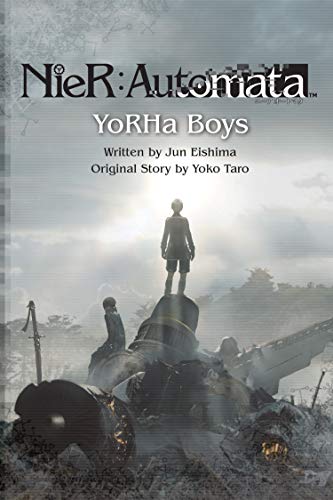 SEAN: Square Enix has NieR:Automata – YoRHa Boys, a novel based on… well, take a guess.

Tentai Books says they’re releasing the 2nd volume of There’s No Way a Side Character Like Me Could Be Popular, Right?.

Vertical has the 3rd volume of Owarimonogatari: End Tale, which wraps up the Monogatari series… OR DOES IT?

Yen On gives us four more light novels to round out the month. There’s I’ve Been Killing Slimes for 300 Years 8, Is It Wrong to Try to Pick Up Girls in a Dungeon? Familia Chronicle 2: Episode Freya, KonoSuba 12, and Strike the Blood 16.

MICHELLE: The covers have a similar aesthetic, too.

SEAN: Star Wars: Leia, Princess of Alderaan is a LINE manga title based on some obscure movie, and deals with Leia’s teenage adventures.

ANNA: I’m a little curious about this.