SEAN: Mid-September, and, for once, quite a light week. We do have some very impressive debuts, though.

J-Novel Club has two new digital light novels. The first, and more sensible one, is Mapping: The Trash-Tier Skill That Got Me Into a Top-Tier Party (Hazure Skill “Mapping” wo Te ni Shita Shounen wa Saikyou Party to Dungeon ni Idomu), a standard “my skill seems useless so everyone hates me but in reality it’s super overpowered” light novel. I’d planned on skipping this, but have been told it’s better than it sounds. We’ll see. 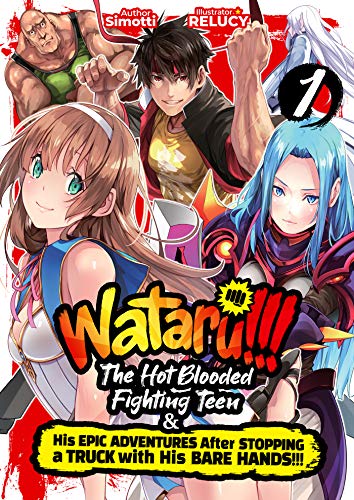 SEAN: The next one I am absolutely not skipping. This may be the most ridiculous license we’ve ever seen. WATARU!!! The Hot-Blooded Fighting Teen & His Epic Adventures After Stopping a Truck with His Bare Hands!! (Truck Uketome Isekai Tensei! Nekketsu Butouha Koukousei Wataru!!) is a massive parody of isekai works where the hero gets hit by a truck and dies. Wataru does not die, though, he’s JUST THAT TOUGH. I am hoping this is as silly as it sounds.

MICHELLE: I am amused by the phrase “the hot-blooded fighting teen.”

ANNA: I hope this is as silly as you are expecting!

ASH: I am amused by the premise, at least!

MELINDA: I, too, am amused. Probably not reading this, but still amused.

SEAN: We also get Deathbound Duke’s Daughter 2 and the 3rd and final volume of The Extraordinary, the Ordinary and SOAP!.

Kodansha has some print debuts, both of which have appeared before digitally. Sayonara Football is from the creator of Farewell, My Dear Cramer (in fact, it may be an noutright prequel), and came out digitally around the time the author’s other series Your Lie in April was doing well. Now it has a print release.

MICHELLE: Yep, Sayonara, Football came first, which is something I didn’t know when my first reaction to Farewell, My Dear Cramer was basically, “Why did the mangaka introduce these two girls and then quickly start focusing on someone else instead?”

SEAN: Sue & Tai-chan is, of course, the new cat manga from the author of Chi’s Sweet Home.

ANNA: I love Witch Hat Atelier, excited for the print volume. The art is so fantastic.

ASH: It is an astonishingly beautiful series, both art-wise and story-wise.

MELINDA: I’m behind on everything, but I like both cats and witch hats, so I feel like I should be on board for these. 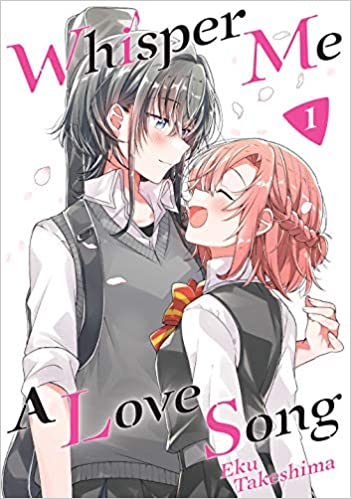 SEAN: There’s two digital debuts, but one has print coming 2 weeks later. Whisper Me a Love Song (Sasayaku You ni Koi wo Utau) is from Comic Yuri Hime, and looks quite sweet.

Digital-only for now is Heroine for Hire (Heroine Hajimemashita), a Dessert series about a very strong girl who becomes bodyguard for her high school classmate, who says he will make her “the most important girl in the world!”. Any title that has the heroine suplexing people is always on my watch list.

MICHELLE: I will check out both of these. Kodansha has a couple more of these “girl with a service job” series coming out over the next couple of weeks, but this one looks the most promising.

ANNA: I enjoy this type of dynamic in shoujo, I might overcome my usual resistance to digital shoujo and check it out.

MICHELLE: This is the final volume for Men’s Life, also. I never hear much about Orient.

SEAN: Seven Seas is taking a break, they have one print release, which we’ve discussed when it came out digitally: Sazan and Comet Girl.

ASH: Now that it’s out in print, I’ll likely be checking it out!

SEAN: Digitally they have the 3rd volume of light novel Magic User: Reborn in Another World as a Max Level Wizard.

Udon has Persona 4 12, meaning it is as strong as three Persona 4s. 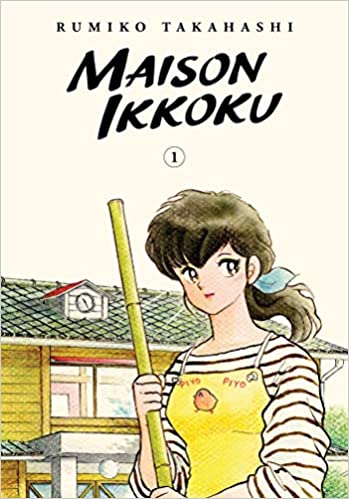 SEAN: Viz has the debut of one of the most beloved manga classics, now getting a re-release with all the bells and whistles. And digitally as well! Maison Ikkoku is the story of a guy who didn’t quite make it into college and his attempts to live at an apartment complex filled with eccentrics… and a gorgeous apartment manager! I have… very mixed feelings about this series, but cannot deny it’s super loved by everyone who isn’t me. Love to see it get this release.

MICHELLE: I’m not surprised that it inspires mixed feelings. There were definitely things I found kind of annoying, but on the whole I love it anyway. I’ve reviewed all of it before, but I will at least do briefs for the re-release.

ANNA: I’m glad it is getting a re-release too.

ASH: I had just finished putting together a complete set of the out-of-print volumes when the new edition was announced. Still, I’m glad it’ll be more readily available for others again!

MELINDA: This is THRILLING. I suppose I also have mixed feelings about aspects of this manga, but in most ways I adore it. I was never able to compile a complete set for myself, so here’s my chance!

SEAN: Ping Pong also comes to an end with its second and final omnibus, speaking of super beloved series.

MICHELLE: I decided to wait for the second volume and read it straight through. I’m looking forward to it!

ANNA: Haven’t read the first volume yet, but I have it!

ASH: I am absolutely thrilled we finally got this series in English.

MELINDA: Like Michelle, I’m behind, but I can’t pretend it was on purpose. I must catch up and read them both together!

SEAN: And we also get 20th Century Boys Perfect Edition 9, BEASTARS 8, Hell’s Paradise Jigokuraku 4, Levius/Est 6, No Guns Life 7, and The Way of the Househusband 4.

MICHELLE: I am steadily falling farther and farther behind on BEASTARS. Sigh.

ANNA: Always delighted by another Way of the Househusband volume.

ASH: Ditto and ditto! I’ve also been meaning to read more of Hell’s Paradise, too.

SEAN: Is your life being destroyed by Yotsuya-san? Or are you buying manga?