SEAN: My computer rebooted while I was typing this up, so I am now typing it up again and mad.

ASH: I have been there before and empathize. 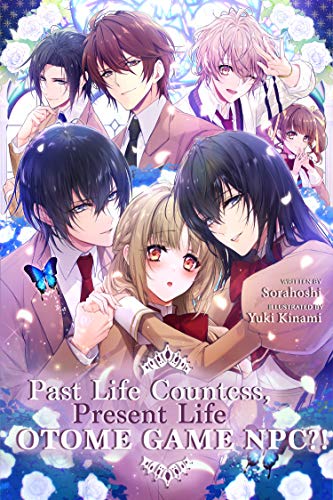 SEAN: Cross Infinite World has Past Life Countess, Present Life Otome Game NPC?!, a reverse Bakarina where the fantasy world countess ends up reincarnated as a modern-day commoner girl in an otome game. She’s still stealing events from the heroine, though.

SEAN: J-Novel Club debuts Black Summoner (Kuro no Shoukanshi), a 12+ volume novel that features a man who sacrificed his memories for more power. OP fans will like this.

The other debut is Holmes of Kyoto (Holmes at Kyoto Teramachi Sanjo), an antique-store oriented mystery that feels like the antidote to titles like Black Summoner. It’s a J-Novel Heart title, and is 15+ volumes in Japan.

Kodansha debuts in print the first Clover collector’s edition. They’ve also got I’m Standing on a Million Lives 7 and The Seven Deadly Sins 39 in print.

ASH: Clover is one of my favorite CLAMP works; I suspect I will be double-dipping for the fancy hardcover omnibus.

MELINDA: I may as well!

SEAN: Digitally the debut is We Must Never Fall in Love! (Zettai ni Tokimeite wa Ikenai!), a Dessert series from the author of The Walls Between Us. It’s… well, it’s stepsibling romance. Which Japan sure loves more than North America.

MICHELLE: I didn’t realize that, but I might give it a shot anyway at some point.

SEAN: Also out: Ace of the Diamond 28, Giant Killing 22, and Tokyo Revengers 17. Quiet week for Kodansha.

MICHELLE: I suppose comparatively it is a quiet week, but two of those titles are among my favorites, so I’m happy.

SEAN: One Peace has a 14th volume of The manga version of The Rising of the Shield Hero.

So much from Seven Seas. The print debut is BL novel Sarazanmai, which we’ve discussed before.

ASH: I’ve still not delved into Sarazanmai… I need to get on that! 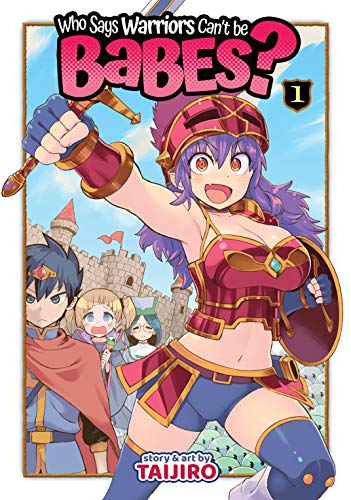 SEAN: Who Says Warriors Can’t be Babes? (Onna Senshi tte Motenai desu ne!) is a fantasy comedy from Kodansha’s Palcy. A girl has a crush on the hero, so she trains to be a strong warrior. Sadly, she trained TOO hard, and now he doesn’t see her as a woman!

SEAN: And we see the 2nd print volume of Adachi and Shimamura, The Dungeon of Black Company 5, Failed Princesses 2, Gal Gohan 4, The Hidden Dungeon Only I Can Enter 2 (digital version), The Ideal Sponger Life 6, The Invincible Shovel 3 (digital version), the 2nd Kuma Kuma Kuma Bear manga, Monster Girl Doctor 6 in print, the 11th Mushoku Tensei manga, and Skeleton Knight in Another World 6.

Square Enix has a 2nd volume of Cherry Magic!.

MICHELLE: I liked the first volume more than I expected to, and look forward to the second!

ASH: Maybe I should give the series a try, then!

ASH: I’m surprisingly behind in my BL reading and already have some catching up to do.

SEAN: Tokyopop has the 6th omnibus volume of Aria the Masterpiece.

Vertical, in print, has the 5th APOSIMZ. Digitally, they have a 15th volume of Ajin: Demi-Human.

Viz debuts Fly Me to the Moon, a new romantic comedy series by the author of Hayate the Combat Butler. A young man meets a very strange, possibly alien girl, and they get married almost immediately. What happens after that? And who the heck is she? This is getting an anime soon.

Are you a reincarnated countess? A lovestruck warrior? A possible space alien? What manga are you buying?