SEAN: July is coming to an end, and there’s still a few things for you.

J-Novel Club has the 3rd Bibliophile Princess novel, Cooking with Wild Game 8, and a 4th manga for How a Realist Hero Rebuilt the Kingdom.

No debuts for Kodansha next week, and the only print book is Yuzu the Pet Vet 2.

ASH: The first volume looked cute, but I haven’t actually read it yet.

MICHELLE: Same. I do hope to rectify that soon.

SEAN: Hey, remember all those Kodansha digital books that were on last week’s Manga the Week of? They seem to have gotten bumped to next week, so add them to this list. 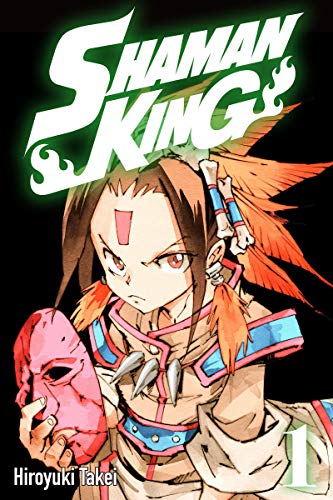 Wait, stop the presses! Kodansha is, in fact, releasing all 35 volumes of Shaman King – including the never-before-in-English ending – digitally. This is a Weekly Shonen Jump series from back in the day, with Kodansha now holding the rights. I assume it will have a new translation. It’s a cult classic.

(Yes, some of the digital titles like Boarding School Juliet and Saint Young Men are also getting print later, but here I mean “COVID-delayed print edition”.)

ASH: In general, I’ll be waiting for the print edition, even if I have to wait longer considering the circumstances.

MICHELLE: I’ll be reading several of these, most especially the soccer pair.

SEAN: Seven Seas’ debut is Kingdom of Z, a zombie apocalypse romantic comedy that looks to be for fans of High School of the Dead. It runs in Kodansha’s Comic Days.

ASH: Even though this is only the second volume, BL Metamorphosis is already one of my favorite series being released right now.

MICHELLE: I never got around to reading volume one so this is another one where I’m hoping to get caught up by volume two.

MELINDA: I’ve been slow to pick up volume one, but I need to get on that!

SEAN: Tentai Books has a light novel debut, Welcome to the Diner of the Exiled! (Tsuihousha Shokudou e Youkoso!). Guy betrayed by everyone meets girl betrayed by everyone. Together, they do not fight crime. They open a diner. I smell a slow life title.

Finally, Yen On has Kingdom Hearts III: the Novel 2. Which hopefully is not as confusing as its title.

Short list, mostly because it was mostly two publishers. What interests you?