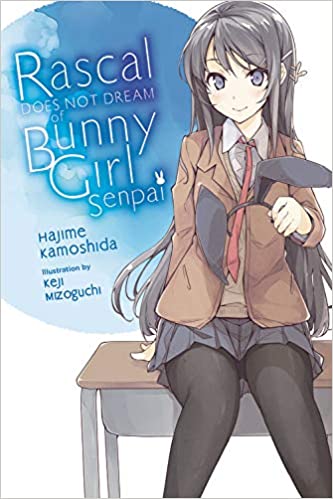 Yen On has a debut light novel, one that is long awaited and which has already had an anime. It’s a Haruhi Suzumiya-esque title scheme, so I’ll just note the first volume is called Rascal Does Not Dream of Bunny Girl Senpai. It’s about a guy who discovers that his upperclassman is walking around wearing a bunny girl outfit… and no one notices except him. (I suspect it’s about far more than that.) Despite a questionable premise, it’s gotten much praise.

No manga debuts, but there is As Miss Beelzebub Likes 9, Goblin Slayer Side Story: Year One 4, High School Prodigies Have It Easy Even in Another World 7 (the manga, the LN got pushed back a bit), Is It Wrong to Try to Pick Up Girls in a Dungeon: Sword Oratoria 11 (manga version), Kemono Friends a La Carte 3, Overlord the Undead King-Oh! 3, Silver Spoon 14, and Yowamushi Pedal 14.

MICHELLE: Yay Yowamushi!. At this point, I’m just gonna wait ’til Silver Spoon finishes and read it in one chunk.

ASH: Silver Spoon is so good, Michelle! You’ll be in for a treat. Also, a second hooray for Yowamushi Pedal!

SEAN: Vertical has To the Abandoned Sacred Beasts 10.

Square Enix debuts The Misfit of Demon King Academy (Maougakuin no Futekigousha), a manga based on a light novel (no, it’s not licensed) with an anime coming this summer (unless it’s delayed). It runs in Manga UP!, and the plot… um… is about a young demon going to a magic school… and is not, amazingly, The Hero Life of a (Self-Proclaimed) “Mediocre” Demon, The Greatest Demon Lord Is Reborn As a Typical Nobody *or* The Demon Sword Master of Excalibur Academy, all of which seem to have very similar premises. (Haven’t I discussed this before? Possibly two weeks ago?)

MELINDA: I guess when it works, it works? Or something?

Seven Seas sees the print edition of At Night, I Become a Monster (Yoru no Bakemono). It’s from the author of I Want to Eat Your Pancreas, so expect good writing and melancholy. A boy turns into a monster during the evenings, and runs into a classmate.

ASH: I’m looking forward to giving this one a read. 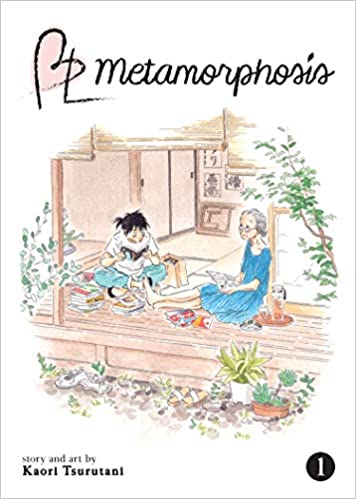 SEAN: Also debuting, and I absolutely cannot wait for this, is BL Metamorphosis (Metamorphose no Engawa), from Kadokawa’s Comic Newtype. It’s about a 75-year-old and a 15-year-old who find their love of BL manga gives them something in common. It is HIGHLY recommended.

MICHELLE: I have been looking forward to this for ages!

ASH: Yes, yes, yes! One of my most anticipated debuts this year!

ANNA: Also looking forward to this.

MELINDA: What everyone else said.

SEAN: Also out, and not quite as highbrow, we get A Certain Scientific Accelerator 10, Dragon Goes House-Hunting 4, High-Rise Invasion 11-12, the 7th How NOT to Summon a Demon Lord manga, The King of Fighters: A New Beginning 2, and Nameless Asterism 5, the final volume.

ASH: I’ve been enjoying Drifting Dragons so far (glad it’s being released in print!), and probably should get around to trying Sweat & Soap before too long.

MICHELLE: I Fell in Love After School is quite good. Hotaru’s Way is close to ending (volume 15 is its last) so that’s another one where I’ve decided to just wait. But hooray for josei anyway!

SEAN: We end with J-Novel Club, which debuts a new J-Novel Heart series, The Extraordinary, the Ordinary, and SOAP! (Hibon, Heibon, Shabon!). This sounds like a typical fantasy LN plot: the commoner with a dull, useless magical power suddenly finds it’s super useful after all – but the fact that it’s a heroine still interests me.

ASH: I like seeing more heroines these days, too.

SEAN: Also out next week: BEATLESS 2, the 2nd Cooking with Wild Game manga, How a Realist Hero Rebuilt the Kingdom 11, My Next Life as a Villainess! 5, the 4th Seirei Gensouki manga, Teogonia 2, and The Underdog of the Eight Greater Tribes 2.

Manga! Get it while it lasts!