SEAN: OK, now it’s actually January. You can tell as the Viz books are all pouring in. But first… 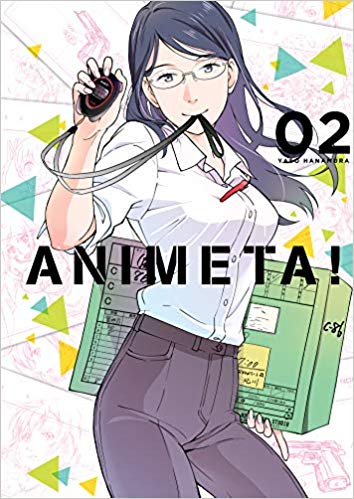 J-Novel Club has a giant pile of things due out. For print books, we have Animeta! 2, An Archdemon’s Dilemma 3, Ascendance of a Bookworm 3, and Infinite Dendrogram 4.

ASH: I’ve been meaning to give Animeta! a try now that it’s available in print.

MICHELLE: I thought the first volume was pretty fun.

SEAN: On the digital side, there’s Animata! 3, Demon Lord Retry! 2, Der Werwolf 6, In Another World with My Smartphone 18, the 2nd Marginal Operation manga, Otherside Picnic 2, and There Was No Secret Evil-Fighting Organization (srsly?!), So I Made One MYSELF! 2.

From Kodansha Comcis, we get, in print, Grand Blue Dreaming 9 and Tales of Berseria 2.

There’s a lot more digitally. The debut is That Blue Summer (Ao Natsu), a Betsufure series from the creator of To Be Next To You, which we saw debut digitally this week. That’s a big grin that girl has on the cover.

And we get All-Rounder Meguru 12, Chihayafuru 18, Magical Sempai 6, My Sweet Girl 10, Smile Down the Runway 5, and To Write Your Words 2.

ASH: Both J-Novel Club and Kodansha Comics have some great digital offerings this week.

ANNA: Nice, maybe I’ll use my remaining week of vacation to get more caught up on Chihayafuru.

SEAN: Seven Seas has quite a bit, including a couple of debuts. Dungeon Builder: The Demon King’s Labyrinth is a Modern City! (Maou-sama no Machizukuri! ~Saikyou no Danjon wa Kindai Toshi~) is a manga adaptation of a light novel (which I don’t believe is licensed) that runs in Overlap’s Comic Gardo. Demon Lords create labyrinths to trap people and consume their despair… but this one just wants to be super nice. 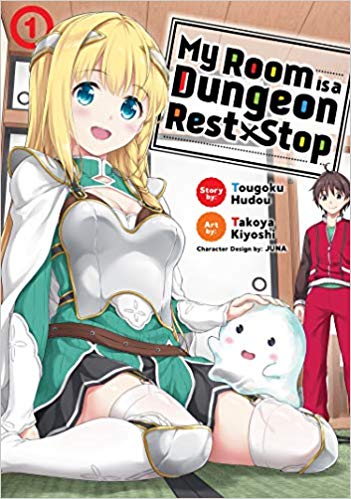 SEAN: My Room Is a Dungeon Rest Stop (Boku no Heya ga Dungeon no Kyuukeijo ni Natteshimatta Ken) is also based on a light novel… which again I don’t think we have here… that runs in Takeshobo’s Web Comic Gamma. A guy buys a dirt-cheap apartment, then finds that it also leads to a fantasy dungeon. Can he help adventurers in trouble and show them the wonders of modern plumbing?

Vertical has a 2nd volume of the Bakemonogatari story, which finishes up Senjogahara’s story and starts Hachikuji’s.

Viz has no debuts next week, but it does have the 18th and final volume of Anonymous Noise. Will the romantic triangle resolve?

On the shoujo/josei side, we get Daytime Shooting Star 4, An Incurable Case of Love 2, and Snow White with the Red Hair 5.

ASH: I’ll read all of those, honestly.

ANNA: Nice! It is a week for Anna!

MICHELLE: I enjoy quite a few of these but am most excited about Snow White with the Red Hair and Haikyu!!.

MELINDA: I can’t believe this is the first time I’m speaking up here with all this manga, but I’m here for Snow White with the Red Hair!

SEAN: Lastly, Yen has two stragglers that got delayed from December. Yen On gives us the 18th and NOT final volume of Sword Art Online, though this does wrap up the giant massive-10-volume Alicization arc.

For manga, we get Chio’s School Road 7.

Some interesting stuff there. What are you picking up?