SEAN: Happy New Year! And yes, I know most of the titles I’m mentioning here go with the OLD year, coming out on 12/31. What do we have?

J-Novel Club has a new debut, The Holy Knight’s Dark Road (Seinaru Kishi no Ankokudou). Our hero is a holy knight beloved by his people and his goddess… but he feels he’s starring in the wrong light novel archetype, and so goes to join a magical academy! Hijinks no doubt ensue. 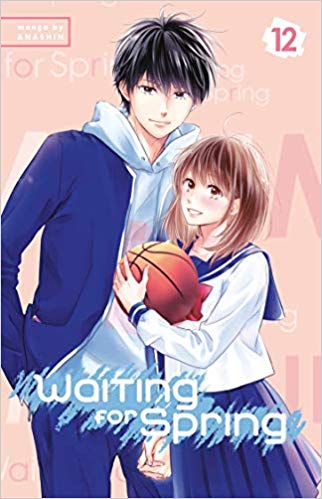 In print, Kodansha gives us 10 Dance 5 and Waiting for Spring 12.

ASH: I’ve been enjoying 10 Dance a great deal. I’ve liked what I’ve read of Waiting for Spring, too, though I’ve fallen behind.

MICHELLE: I’m looking forward to both of these!

MELINDA: I’m incredibly behind on 10 Dance but I really need to catch up!

SEAN: Digitally, we get another debut with To Be Next To You (Tonari no Atashi), a Betsufure shoujo title about a girl in love with her neighbor who is horrified one day to find him kissing another woman! Maybe she should finally confess?

MICHELLE: There are a whole bunch of shoujo debuts happening digitally for Kodansha over the next couple of months. I approve.

ANNA: I also approve, although I have given up on keeping up on them.

SEAN: Seven Seas has but a single title with Machimaho: I Messed Up and Made the Wrong Person Into a Magical Girl! 4.

Tokyopop (at least according to Amazon – don’t be surprised if this is bumped) has a new BL title, Don’t Call Me Dirty (Dirty Darling), from Mag Garden’s UVU. A man trying to get over his crush (who turns out not to be gay) takes in a vagrant, and things go from there. This actually sounds kind of sweet. It’s complete in one volume. 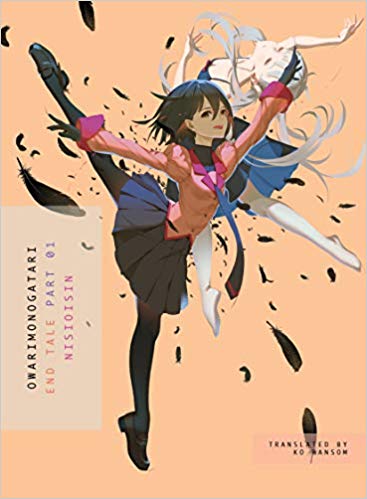 SEAN: Vertical has quite a bit. Owarimonogatari: End Tale is the latest (and last?) in the Monogatari Series, and is divided into three parts. This first book in the series delves into just WHY Araragi got to be the misanthrope we saw at the start of the series.

And Manga Bookshelf will be delighted to hear we get What Did You Eat Yesterday? 14, the first volume in almost a year and a half.

ASH: Excellent! I most certainly am delighted!

MELINDA: I, too, am delighted! So exciting!

SEAN: And we end of Yen. On the Yen On side, no debuts, but we get The Alchemist Who Survived Now Dreams of a Quiet City Life 2, The Irregular at Magic High School 14, Is It Wrong to Try to Pick Up Girls in a Dungeon? 14 (yes, at last, after three long delays), Our Last Crusade or the Rise of a New World 2, and Spice & Wolf 21.

On the manga end, the debut is Magia Record: Puella Magi Madoka Magica Side Story, another in the endless series of Madoka Magica spinoffs. This one adapts a mobile game, and runs in Manga Time Kirara Forward.

There’s also Kakegurui -Compulsive Gambler- 11 and Sacrificial Princess and the King of Beasts 8.

And that’s it! What manga come to mind in these days of Auld Lang Syne?