SEAN: Yes, yes, I know almost none of these are actually coming out 12/25. But I’ve always used Wednesday’s date before, and have no desire to stop now! In any case, ‘Tis Christmas, and still no offers of pantomime. What have we got? 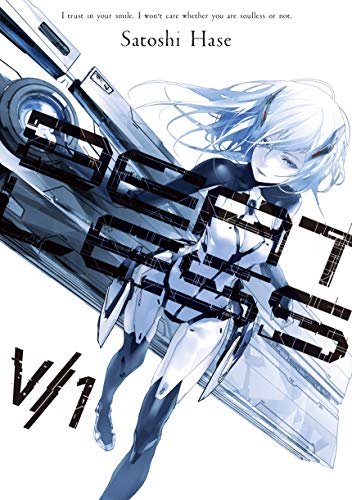 We start with J-Novel Club’s debut of Beatless. This sci-fi series is only two volumes long, but I hear each volume is really, REALLY long. Artificial humans, AIs that have passed humanity… but can it be bleaker than Alita? We shall see. It’s a co-production with Tokyo Otaku Mode.

ASH: Hmm… I do like a good artificial humans story…

SEAN: They also give us Campfire Cooking in Another World 4 and The Combat Baker and Automaton Waitress 3.

Kodansha’s sole print volume is the 10th and final volume of Happiness.

SEAN: No digital debut, as the title that was coming out got bumped. But we do see Altair: A Record of Battles 13, Drowning Love 15, Guilty 3, Heaven’s Design Team 4, and Princess Resurrection Nightmare 5.

MICHELLE: I thought volume one of Guilty was pretty good, even if none of the characters was sympathetic. I plan to read more.

SEAN: No debuts for Seven Seas either, but there’s a 10th Captain Harlock: Dimensional Voyage, a 4th How to Treat Magical Beasts, a 3rd Little Devils, Species Domain 7, and Toradora! 8 (the light novel).

The rest is all Yen Press. On the light novel side, we get two debuts, both spinoffs. Kingdom Hearts X: Your Keyblade, Your Story is another in the infinite Kingdom Hearts novels out lately.

The other arrival, after a few delays, is KonoSuba: An Explosion on This Wonderful World! This light novel spinoff is a prequel, showing us Megumin’s life pre-Kazuma.

Also from Yen On we get Baccano! 12, The Genius Prince’s Guide to Raising a Nation Out of Debt (Hey, How About Treason?) 2, I’ve Been Killing Slimes for 300 Years 6, and That Time I Got Reincarnated As a Slime 7. Baccano! feels very very tiny compared to those other LN titles. 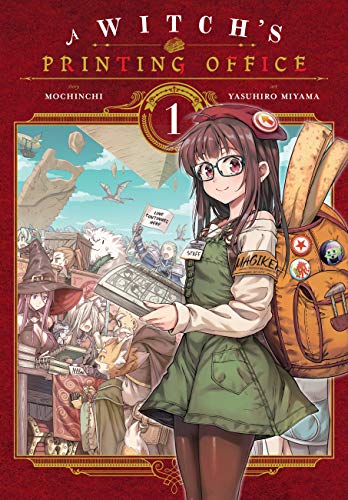 SEAN: There’s also two debuts on the Yen Press end. The one most interesting to me is A Witch’s Printing Office (Mahoutsukai no Insatsujo), an isekai about a women transported to another world who has to try to find the means to get home. It runs in ASCII Mediaworks’ Dengeki G’s.

SEAN: And there’s Shadow Student Council Vice President Gives Her All (Fukukaichou Ganbaru), complete in one volume. Given that cover art, thank God. A sequel to Prison School, it ran in Young Magazine the 3rd.

MICHELLE: I have recently started and am enjoying the anime of Bungo Stray Dogs, which makes me wonder what I’ve been missing in the manga all this time.

SEAN: Happy holidays to all from Manga Bookshelf! What are you getting next week?