SEAN: Last month of the year. Gotta squeeze in all the manga and novels you can.

SEAN: J-Novel Club has a bunch of stuff, mostly print. We get print versions of An Archdemon’s Dilemma 2 (the novel) and a digital version of the same (only it’s the manga). Adventures of a Bookworm also gets a 2nd digital manga. Cooking with Wild Game has a 5th novel digitally. How NOT to Summon a Demon Lord has print (7) and digital (11) novels, which may catch us up with Japan. There’s print Vol. 6 of If It’s for My Daughter, etcetc., Etc. Smartphone, and the Magic etc. Is Too Far Behind 6. (Look, it’s hard to type those all out.) We get the print debut of the Marginal Operation manga, and the 10th Master of Ragnarok and Blesser of Einherjar novel digitally. I’m sure that paragraph makes total sense.

ASH: It makes me so happy that J-Novel Club releases print editions. (Still hoping for Faraway Paladin one of these days…) 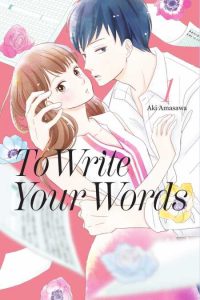 The digital debut is To Write Your Words (Kuchiutsusu), a josei manga from Kiss about an author who is great at platonic stories asked to being write something more sexual. She ends up getting help from… a dentist?

MICHELLE: As you do.

ANNA: That sounds hilarious, but I can’t keep track of all the digital manga!

MELINDA: I mean, that sounds great.

SEAN: There’s also Drifting Dragons 5, My Sweet Girl 9, Our Fake Marriage 2, Smile Down the Runway 4, and The Tale of Genji: Dreams at Down 9. There’s also digital debuts for the Satoshi Kon titles Dream Fossil and Tropic of the Sea, which came out a few years ago.

ASH: Curious to see how the adaptation plays out since sometimes manga based on Ikuhara’s works can be dramatically different than their anime counterparts.

SEAN: They also have Harukana Receive 5, Magical Girl Spec-Ops Asuka 8, and a digital edition of the 4th Reincarnated As a Sword.

Tokyopop has a 4th Aria the Masterpiece omnibus and the 3rd Hanger.

Vertical has a gorgeous omnibus 20th Anniversary Edition of Paradise Kiss, which does admittedly remind me it’s also the 20th anniversary of fans begging for Neighborhood Story to be licensed.

ANNA: I would like to beg for Neighborhood Story! I have already bought Paradise Kiss two times, so I will probably not be getting this but it is great for those who haven’t already read the series.

MELINDA: What everyone else has said so far! We need all the Ai Yazawa we can get, in whatever form it happens to appear. 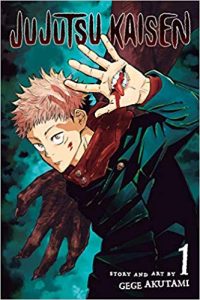 SEAN: Viz has its usual pile. Debuting is Jujutsu Kaisen, a new Shonen Jump series that starts with a boy eating a finger and only gets weirder from there. For dark fantasy adventure fans.

MICHELLE: Urg. I was somewhat intrigued by this but finger-eating is pretty dang gross.

ANNA: Huh. I am curious although finger-eating does give me pause.

ASH: The cover of the first volume gives me Parasyte vibes, so I’m in, finger-eating and all.

MELINDA: Count me in.

MELINDA: I have not kept up with Platinum End, and I wonder if I’ve made a mistake.

MELINDA: Even I’m reading most of these!

SEAN: Yen has a few titles that drifted into the first week of December. Debuting is You Call That Service?, a light novel series from Yen On from the creator of I’ve Been Killing Slimes for 300 Years. It stars a man who winds up in the mountains and meeting a vampire girl. Expect humor.

Have you finished your shopping yet?