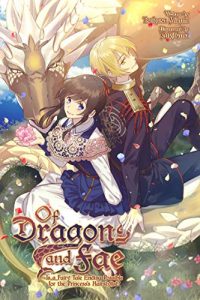 Cross Infinite World has a new title out next week. Of Dragons and Fae: Is a Fairy Tale Ending Possible for the Princess’s Hairstylist? (Kamiyuishi wa Ryuu no Tsugai ni Narimashita (Yappari Machigai Datta Sou Desu)) is a fantasy romance, showing if nothing else that female-oriented titles can have names just as long as the male-oriented ones.

SEAN: Dark Horse gives us the 10th Blade of the Immortal omnibus.

ASH: I’ve got my (out-of-print) single volumes, but the omnibus edition is a great way for people who don’t to collect the series.

SEAN: J-Novel Club has a manga debut next week: The Unwanted Undead Adventurer, based off the light novel series, also out by J-Novel Club.

There’s also a bunch of light novels. Arifureta Zero 3, Ascendance of a Bookworm 4, The Greatest Magicmaster’s Retirement Plan 3, Grimgar of Fantasy and Ash 14+ (note the odd numbering), and Infinite Stratos 10.

Kodansha… does not seem to have a digital debut? Is that possible? They do have 1122: For a Happy Marriage 2, Farewell My Dear Cramer 4, Giant Killing 17, My Boyfriend in Orange 8, Queen Bee 3, Ran the Peerless Beauty 6, Tokyo Revengers 13, and You Got Me Sempai! 7. Yay, Ran!

MICHELLE: I am very excited about more Ran and also more Giant Killing!

SEAN: Lest you forget they do print, there is also Sailor Moon Eternal Edition 6 and Witch Hat Atelier 4. Go get that second one, it’s a must-have.

ASH: It is truly lovely. 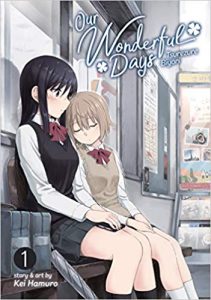 SEAN: One Peace debuts the manga version of The Reprise of the Spear Hero.

There’s some stuff from Seven Seas. Debuting we see Our Wonderful Days (Tsurezure Biyori), which seems to be Comic Yuri Hime’s “cute girls doing cute things” series, only because it’s Yuri Hime, they’re allowed to be more explicit about the yuri? In any case, looks very cute.

We also get Arpeggio of Blue Steel 15, Classmates 3, the 8th Make My Abilities Average! digitally, Freezing 25-26, Saint Seiya: Saintia Sho 8, and a double dose of Skeleton Knight in Another World: the 2nd manga and the 4th novel digitally.

Sol Press announced a surprise license: Chivalry of a Failed Knight, a very popular “magical academy” series that got an anime and also gets compared a lot to Asterisk War. Its first three volumes are out in a bunch next week, both in print and digitally.

SuBLime has the 8th Blue Morning, and also debuts Yarichin Bitch Club, about a very special photography club, which runs in Gentosha’s Rutile. Seems to be comedic.

MICHELLE: I have really enjoyed Blue Morning. This looks to be its final volume, too!

ASH: The eighth volume is also the final volume of Blue Morning. I’m a few volumes behind in my reading, but I’ve really been enjoying the series.

MELINDA: I’m behind on the manga adaptation of Kino’s Journey, but as a big fan of both the source material and the anime adaptations, I have to say, “Yay!” 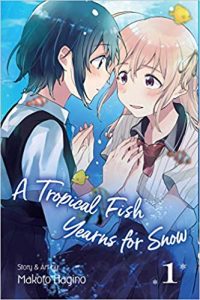 MICHELLE: I’m super looking forward to this one! The covers are promising, at any rate.

ASH: I feel very much the same!

ASH: That is important!

MELINDA: Okay, I have to give at least a small shout-out to anyone who is getting to read Fullmetal Alchemist for the first time with these new editions. But also, REQUIEM OF THE ROSE KING ALWAYS AND FOREVER.

SEAN: Yen Press has oodles of titles, some of which are ending and one of which is beginning. Overlord: The Undead King-Oh! is a comedic 4-koma series based on the Overlord LNs. 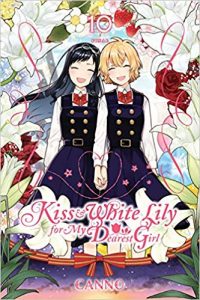 Ending this week are Anne Happy with its 10th book, Fruits Basket Another with its 3rd, Kiss and White Lily for My Dearest Girl (also 10), and Sekirei (also 10, albeit the 10th omnibus).

ASH: Me, too! And I’ll definitely be picking up Delicious in Dungeon, as well.

MELINDA: Chiming in for Honda-san as well!

SEAN: Oof. Stuff. What are you getting?