SEAN: June is bustin’ out all over, with lots and lots of manga.

Dark Horse has the third and final volume of their Dangan Ronpa 2 manga.

J-Novel Club has several new print volumes. How NOT to Summon a Demon Lord and In Another World with My Smartphone get 4s, and Daughter Demon Lord and Too Far Behind (look, the titles are too damn long) get 3s. 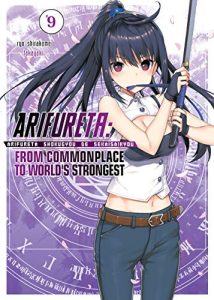 Digitally, they have a 9th Arifureta and a 14th Grimgar of Fantasy and Ash.

ASH: I do a double-take every time I read that last title.

SEAN: Kodansha has some print and digital as well next week. In print we have Eden’s Zero 3, Missions of Love 17, and Sweetness and Lightning 12, which is the final volume.

ASH: I’ve got a couple of volumes of Sweetness and Lightning stacked up to read; I’ve really been enjoying the series.

MICHELLE: Me, too. I’ll miss it when it’s over.

SEAN: Digitally we see Alicia’s Diet Quest 3, Chihayafuru 17, My Sweet Girl 3, The Quintessential Quintuplets 8, The Tale of Genji: Dreams at Dawn 4, and World’s End and Apricot Jam 5. Several titles that the MB folks enjoy there.

MICHELLE: Forsooth. I wish I liked The Tale of Genji more. I was all happy about retro manga and forgot how awful Genji is. 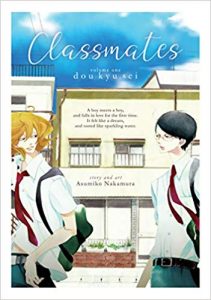 SEAN: Seven Seas has another debut that folks have wanted for years… though technically we did see it digitally several years ago from JManga. Classmates: Dou Kyu Sei is a BL title that’s one volume long, but they also have the sequel, which is likely why this says Vol. 1. It ran in Akaneshinsha’s Opera.

ASH: Digital Manga also published it digitally. I’m thrilled Seven Seas rescued the title and am so happy that the manga is getting a print release!

MELINDA: I reviewed Classmates: Dou Kyu Sei when JManga offered it (then just called “Doukyusei” and loved it, so I’m pretty thrilled to see that it’s been rescued, along with a sequel!

SEAN: Seven Seas also has the first Division Maneuver light novel in print, as well as Made in Abyss 6.

MICHELLE: I need to read After the Rain 1-3! 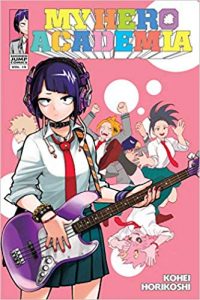 And now it’s Viz time, because first week means SO MUCH SHUEISHA. No debuts this week, but we do get complete box sets for both Dragon Ball and Dragon Ball Z. Buy it again for the 7th time.

Want some shonen? There’s Boruto 6, Food Wars! 30, My Hero Academia 19 (which has the start of the Culture Festival arc, one of my favorites – especially get it if you like Kyouka Jirou), One Piece’s 28th 3-in-1, The Promised Neverland 10, Seraph of the End 17, and We Never Learn 4.

MICHELLE: The cover of My Hero Academia 19 is my very favorite. I would buy it in poster size, for sure.

ASH: Lots of good stuff from Viz this week!

ANNA: This is my happy week!

SEAN: I once again have to choose between three of the most amazing manga currently running for Pick of the Week, and that’s not even counting Dou Kyu Sei. Which ones are you getting?