SEAN: It’s the last week of January, theoretically it should be light. What is with all this stuff?

Cross Infinite World has the 2nd volume of the Gleam manga. 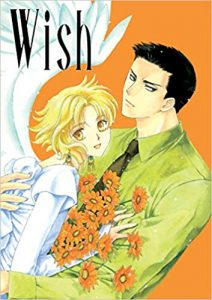 Dark Horse releases Wish, the CLAMP manga from years ago, now in one big omnibus. Enjoy the gender pronoun wars all over again!

MICHELLE: Oh, jeez. I kind of forgot Wish even existed.

SEAN: Given that the solicit date from Diamond Comics is Summer 2017, I think everyone did.

ANNA: I read it the first time around, don’t need to read it twice. I’ll just lurk here in a corner, still feeling bitter over X/1999.

MJ: I sort of feel like as the resident CLAMP obsessive, I should take one for the team and do some kind of comparison read with the older version. Can I muster the will? Time will tell.

ASH: I’m picking the omnibus up specifically because of the new translation! I enjoyed Wish the first time around, but I’m looking forward to my side of the pronoun wars winning this time instead of having a specific gender foisted on some of the characters.

MICHELLE: I’m not actively reading any of these, but there are at least three that I intend to read at some point. 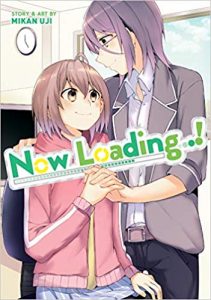 Seven Seas has a debut and a done-in-one with Now Loading…!, whose punctuation makes every sentence look strange. It’s from Ichijinsha’s Comic Yuri Hime, and given the magazine you know what to expect. This involves a game company, but promises a bit more actual yuri than New Game!.

ASH: I finally got around to picking up Voynich Hotel; I plan on reading the whole thing in one go.

SEAN: Udon has a 4th volume of Infini-T Force.

Vertical has the 5th Arakawa Under the Bridge omnibus.

ASH: This series continues to delight me.

SEAN: The Inc. part of Vertical also has Koimonogatari, the latest in the Monogatari Series novels. Will we finally get Senjogahara’s POV? I have some bad news for you…

Yen has a couple new digital volumes with Saki 18 (we’re caught up with Japan, I believe) and Toilet-Bound Hanako-san 9.

Yen On has the 11th Log Horizon, which is also caught up with Japan. 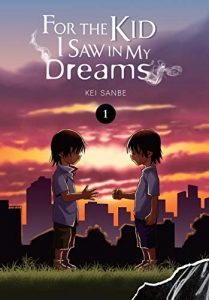 Debuting from Yen is For the Kid I Saw in My Dreams (Yume de Mita Ano Ko no Tame ni), a new series from the creator of Erased. It runs in Young Ace. I’m guessing it’s dark.

MICHELLE: I’m very intrigued by this one! Also, I must read Erased.

ANNA: I know Erased is popular at my library.

MJ: I’ll be reviewing this for our next Off the Shelf column, and I’m pretty into it.

SEAN: They also have Aoharu x Machinegun 14, High School Prodigies Have It Easy Even in Another World 2, and Kiniro Mosaic 8.

How are you celebrating the end of January?